The village and the castle of the Duc de Guise, the chapel Notre-Dame de Beauregard 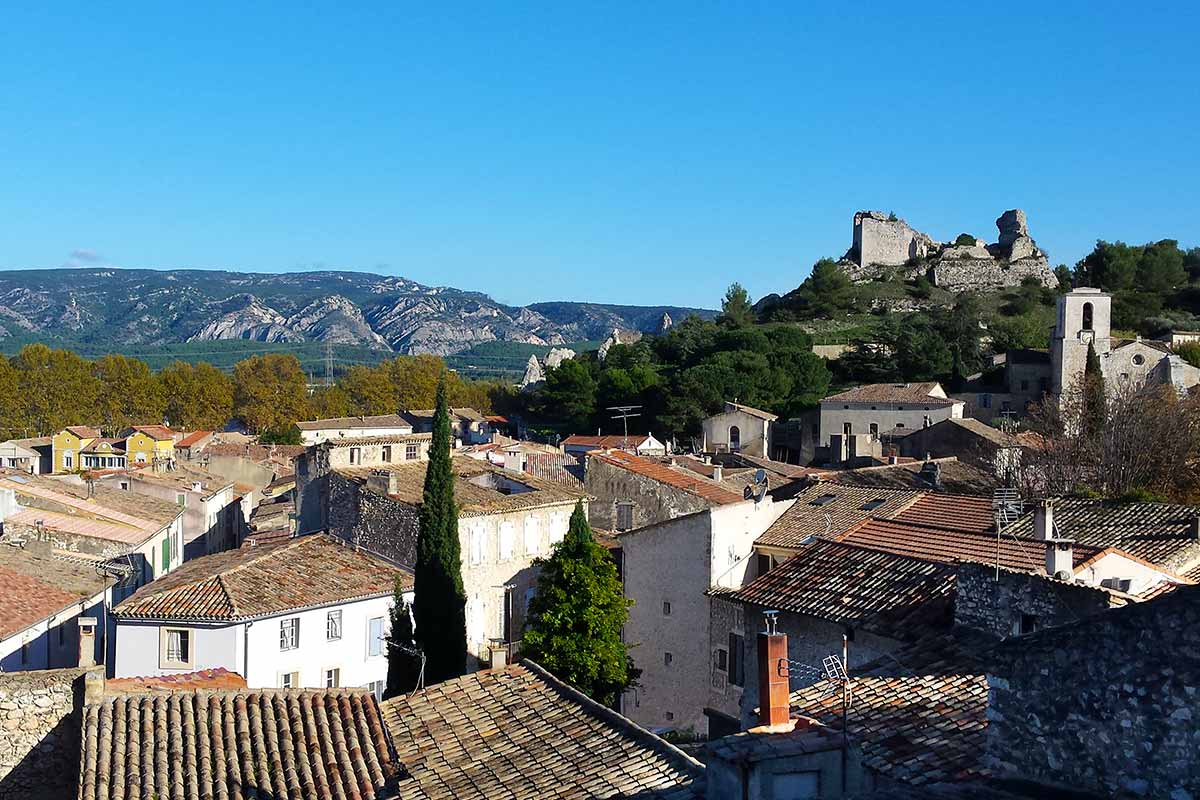 Orgon is a typical Provençal village built on a hill at the eastern end of the Alpilles, where the Durance flows into the narrow valley between the Alpilles chain and the massif of Luberon. Orgon is overlooked by a vertiginous cliff, on which stands the church Notre-Dame-de-Beauregard. The thousands of drivers of the vehicles that use the A7 motorway every day can not neglect to see the monument at the top of the cliff that overhangs them by more than 100 metres, and some certainly wonder what the landscape is like from above.

A beautiful anthropomorphic stone was exhumed in Orgon, dated about 3000 BC. A Ligurian oppidum occupied the top of the cliff. A dominant position near a busy waterway and roadway is a highly desirable location for controlling freight traffic and installing toll booths. The Gallo-Roman have also left many traces of occupation and activities on the territory of the town.

The Beauregard site deserves its name, the summit of a high cliff above the Durance offers an exceptional panoramic view of a formidable landscape: the Alpilles range to the west, the Luberon massif to the east, the Durance valley to the south and north criss-crossed by roads and railways, Cavaillon at the foot of the Saint-Jacques hill, and the Mont Ventoux. 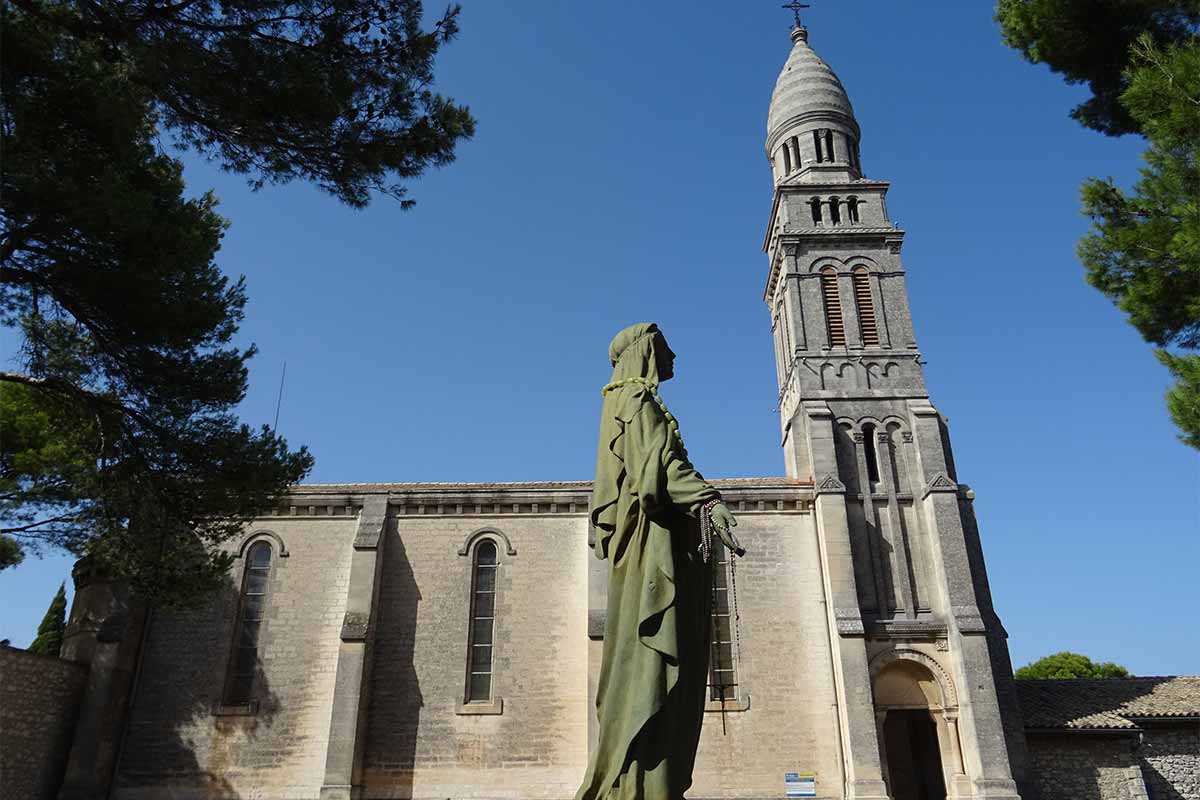 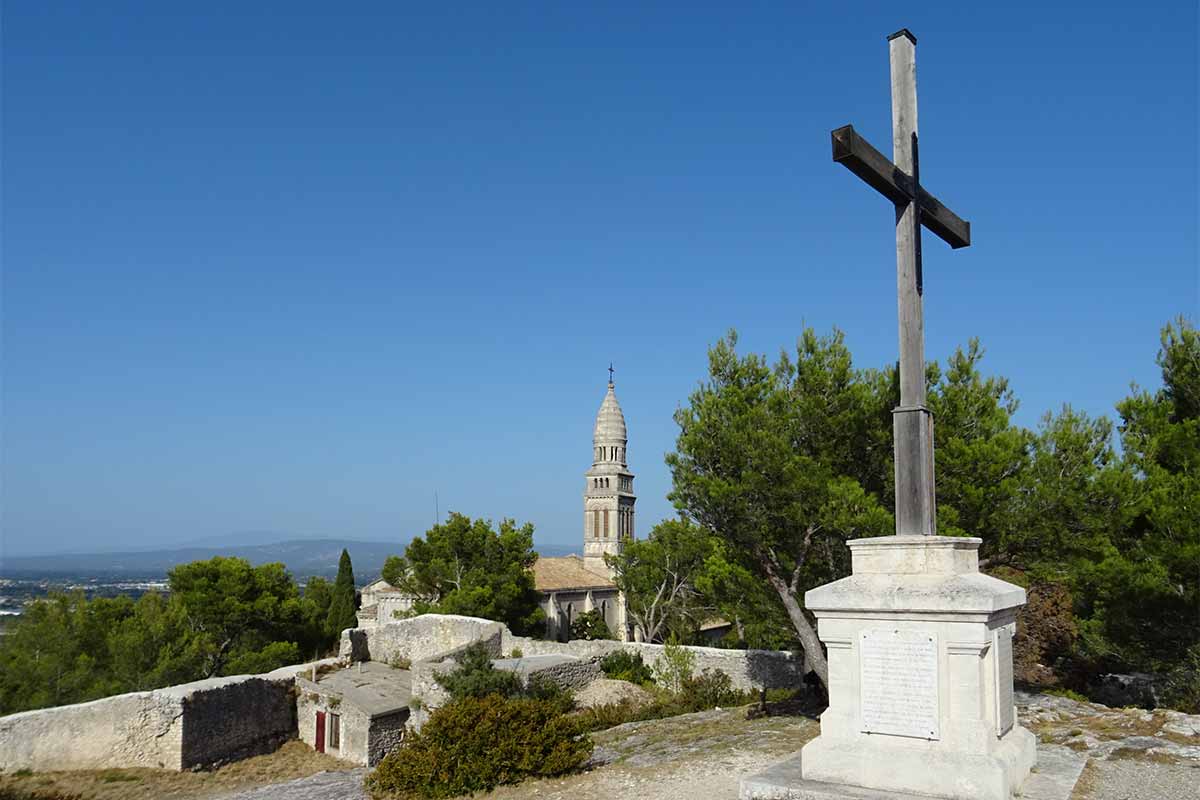 The Caenicences, a Celto-Ligur tribe that occupied part of the Alpilles, had established an oppidum on this summit, dismantled by the Romans. The place has been a place of worship since at least that time, where the gods Orcus, Jupiter, Taranis and Silvanus were worshipped. From the beginning of Christianization, it was the Virgin Mary who was honoured in Beauregard, guarded by a chapel inhabited by a hermit. The intercession of the Blessed Virgin of Beauregard was implored by the faithful during periods of drought or calamities. The inhabitants of Orgon, led by the priest, formed a procession that climbed the path marked by oratories. The place of pilgrimage acquired a great reputation so that a religious congregation in charge of the maintenance of the place was established in 1638 in a new convent. The religious were driven out during the Revolution, and the convent was ruined. It was restored in 1878 and the new basilica built by Canon Bonnard. Religious reinvested the convent and the last religious left it in 1982, the place is now run by the association "Aux Amis de Beauregard". In the former convent Isabelle de Gea has set up her pottery workshop.

The chapel houses a beautiful statue of the 14th century Virgin Mary. When the huguenot chief Baron des Adrets passed through Orgon on 8 September 1562, he ransacked the chapel and threw the statue into the void. It is found intact near a spring. The memory of this miraculous episode is perpetuated by an expiatory monument near the chapel.

On the top of the hill, a monumental cross donated by the Pénitents gris d'Avignon has been erected, and an orientation table allows to fully appreciate the landscape. 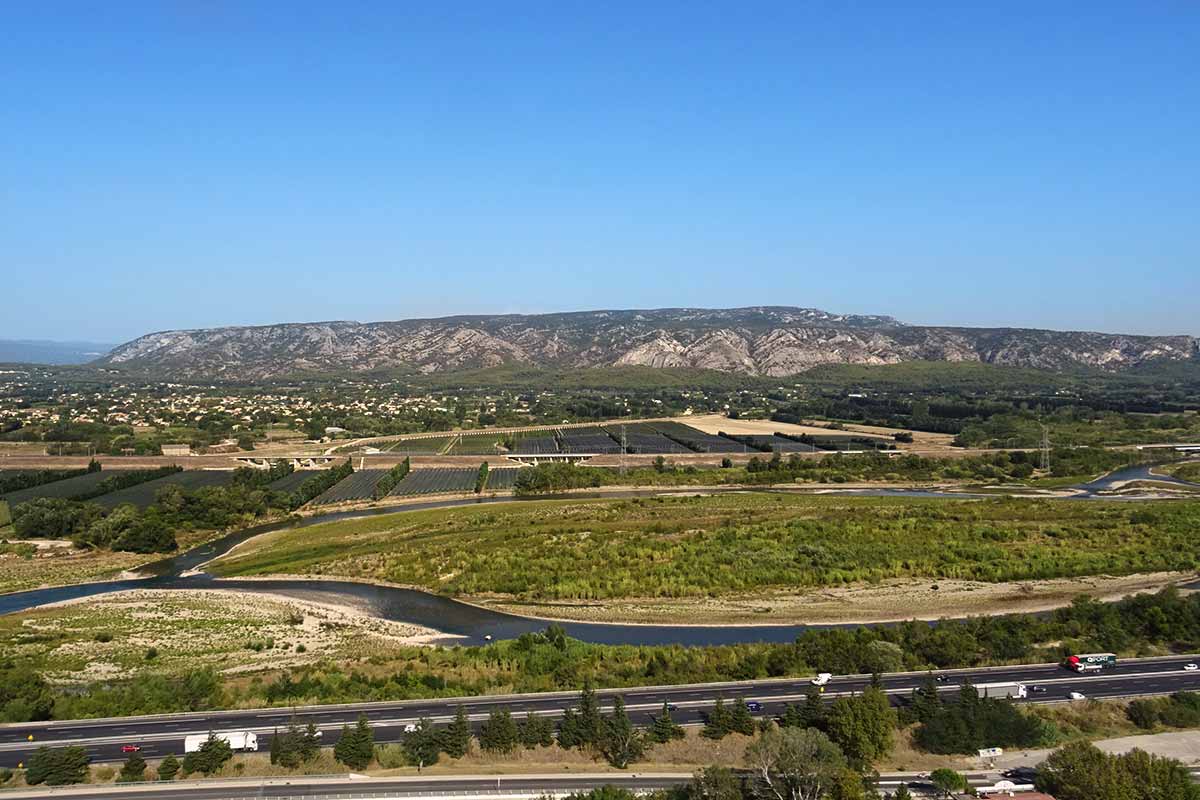 The Castle of the Duc de Guise and the village

In the Middle Ages, the castle of Urgonum which gave birth to the village was known from the 12th century. He was watching the Durance valley. It was a famous prison in the 13th century, where the hostage lords and prisoners of war of the Crusades against the Albigensians were locked up. The castle was dismantled by order of Louis XI in 1481, then rebuilt in 1630 by the Duke of Guise, Governor of Provence. But shortly after Richelieu ordered the demolition of the feudal castles, including Orgon. It is used as a stone quarry for the village houses. Today, only a few ruined sections of the wall remain.

Three medieval gates are still visible in the village, the Hortet gate is a beautiful remnant of the first ramparts of the 12th century, the Sainte-Anne gate and the Durance gate belonged to the second enclosure built in 1591 at the end of the Wars of Religion. The Church of the Assumption dates back to 1325, and its square bell tower with a bell tower was added in 1660, and a monumental staircase leads to its square square. It contains several interesting paintings, including a 16th century triptych. 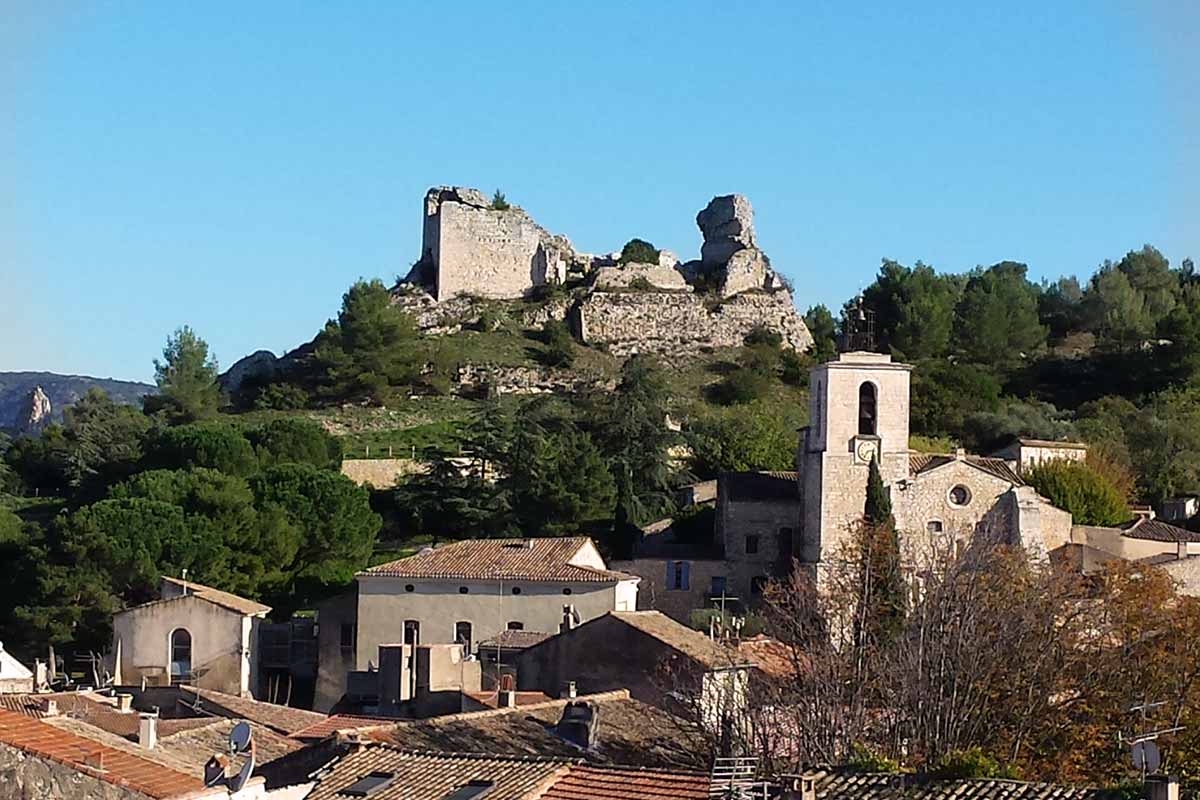 Orgon is a remarkable geological and paleontological site. Orgon gave its name to the Urgonian limestone, formed 130 million years ago in a shallow sea under a tropical climate. The rock emerged with the formation of the Alps, it is very present in southeastern France, in the Alpilles and Mont Ventoux. It is a very white white stone, rich in fossils. Orgon stone, particularly pure, is highly sought after in the building industry for its strength and resistance properties. The builders of the Palace of the popes in Avignon used Orgon stone. Its whiteness, fineness of grain and resistance make it a first choice material for gargoyles and sculptures exposed to the elements. The Orgon stone quarries are operated by OMYA company.

The Musée Urgonia, is housed in a beautifully restored building that served as a prison, it presents a collection of superbly highlighted fossils, marine animals now extinct found in the area. Another room presents the archaeological discoveries that witnessed the presence of man 10,000 years ago. Admission to the museum is free, it offers temporary exhibitions and a discovery trail to discover the geological sites in situ. 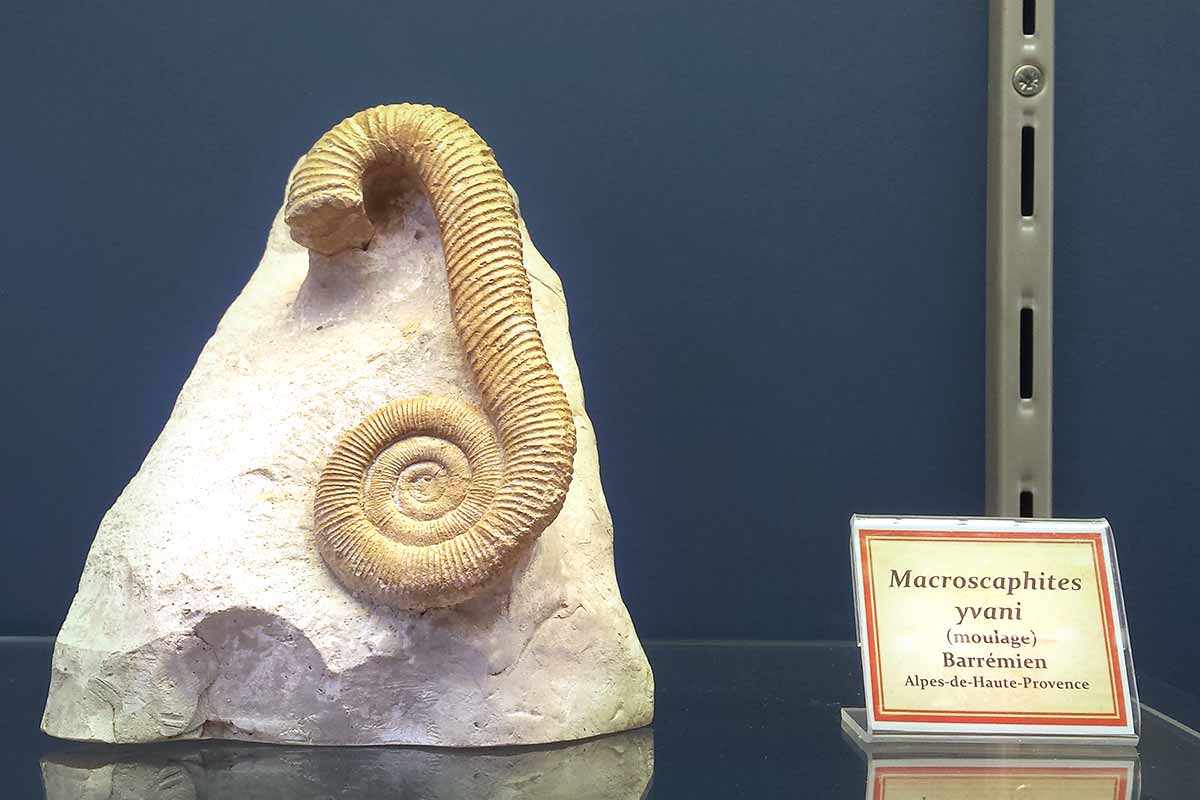 Accomodation near Orgon and practical information

To see and to do in Orgon :

Annual celebrations and events in Orgon :

Orgon's location : the territory of Orgon is located in the department of the Bouches du Rhône, and ispart of the Alpilles Regional Nature Park.
altitude 110 meters, 1800 inhabitants, 6 km from Cavaillon, 7 km from Eygalières, 13 km from Robion, 17 km from Saint-Rémy de Provence, 17 km from Caumont-sur-Durance, 18 km from l'Isle-sur-la-Sorgue, 23 km from Gordes, 26 km froms Baux de Provence, 35 km from Avignon, 56 km from Arles, 50 km from Aix-en-Provence