Avignon, city of the popes in Provence

Avignon is an essential stopover for travellers travelling to Provence. The rich heritage and long history of the Popes' City make it one of Europe's cultural capitals, a distinction that the city received in 2000 with the transition to the new millennium.

Avignon's heritage is full of known and lesser known but always interesting monuments. A walk through the city, along its streets and alleys, sometimes narrow and winding, is the most pleasant way to discover it. Before your eyes follow one another the buildings with very different styles: Gothic churches, a classic mansion house, baroque facades,... often surprising discoveries that the curious and informed visitor's eye will appreciate.

Have a nice walk in Avignon. 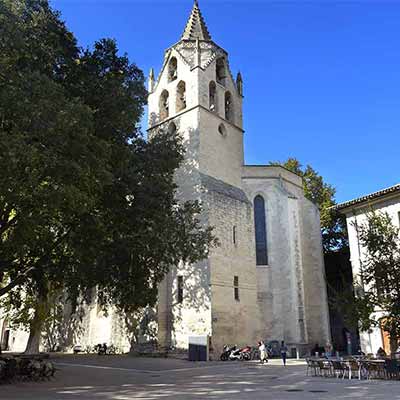 Église Saint PierreIt is one of the most beautiful churches in Avignon, with a remarkable facade 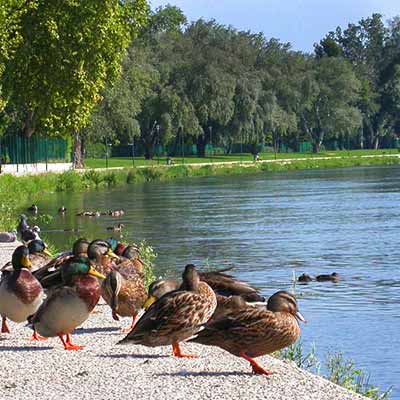 Île de la BarthelasseBarthelasse Island is the green lung of Avignon, a large oasis of greenery at the gates of the city of the Popes. 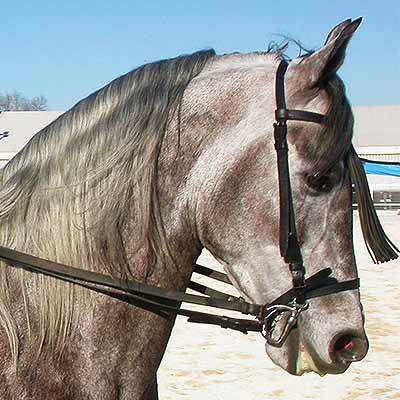 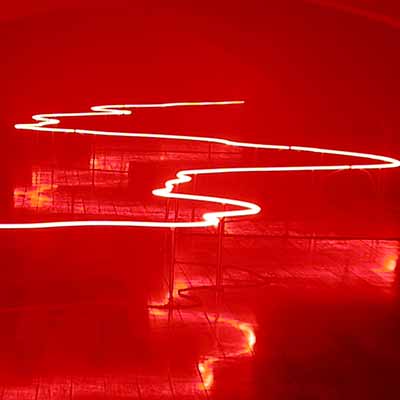 Collection LambertAvignon hosts a museum of contemporary art, thanks to the collections of the gallery owner Yvon Lambert. 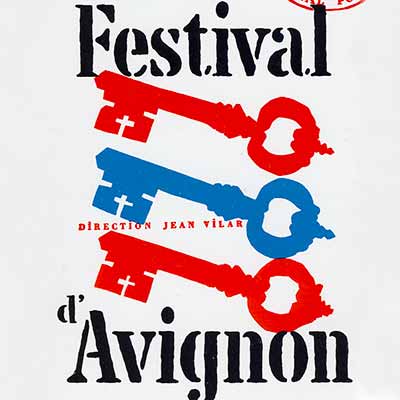 Festival d'AvignonA look over the Avignon Festival since its creation in 1947 by Jean Vilar until today. 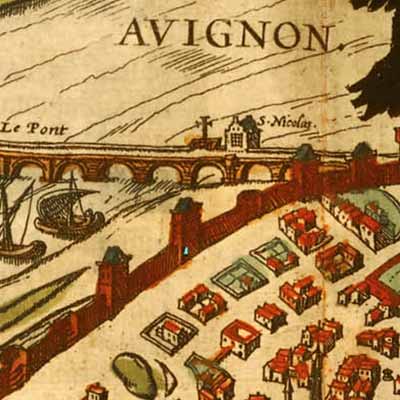 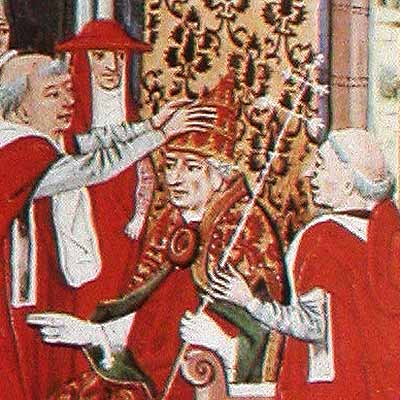 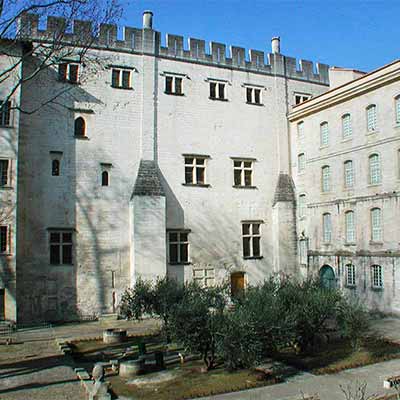 Livrée CeccanoIt is an old Cardinal's palace, which today houses the public library. 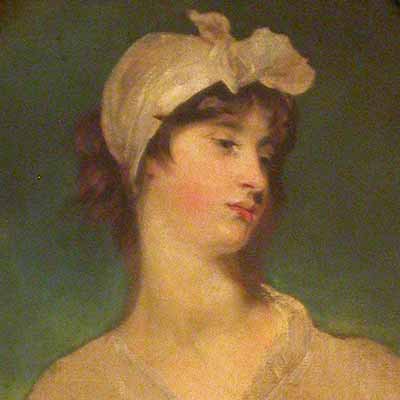 Musée AngladonA collection of art from the 15th to the 20th century, with the only Van Gogh painting visible in Provence 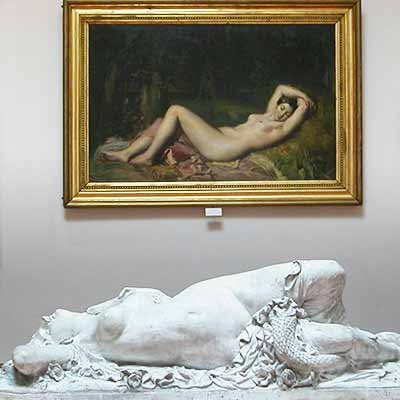 Musée CalvetA classified museum, dedicated to fine arts in Avignon, a rich collection of paintings from the 16th to the 20th century 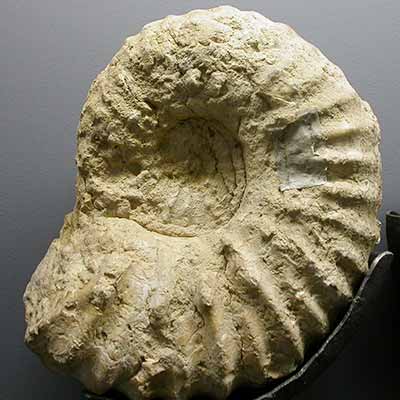 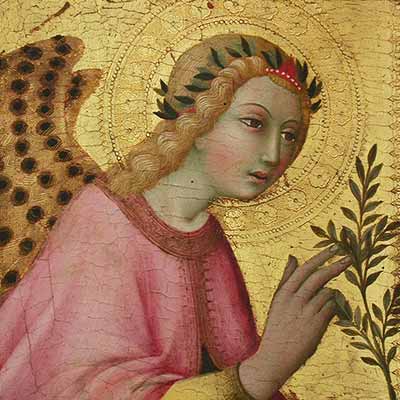 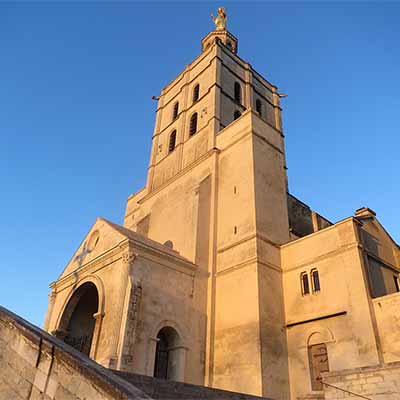 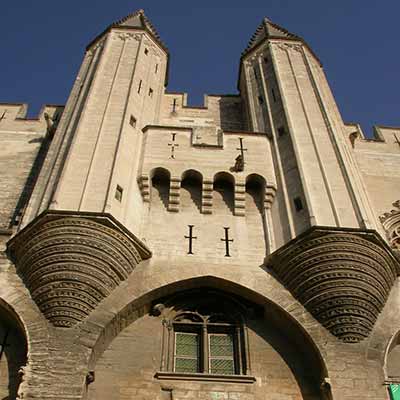 Palais des PapesThe Popes' Palace is the largest Gothic palace in the world, built by the Popes of Avignon in the Middle Ages. 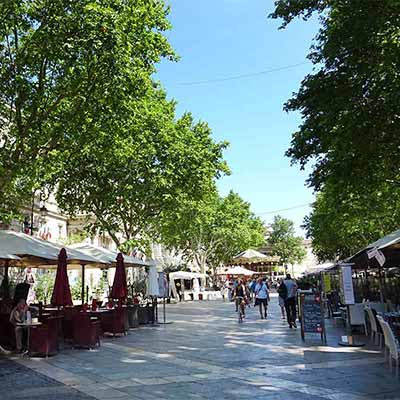 Place de l'HorlogeIt is the heart of Avignon, it is bordered by the Town Hall and the Opera 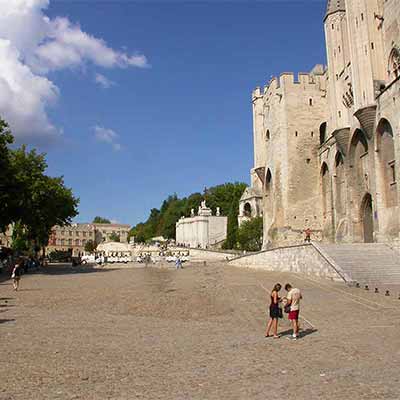 Place du Palais des PapesIt is certainly one of the most beautiful squares in the world, occupied by the acrobats during the Avignon Festival 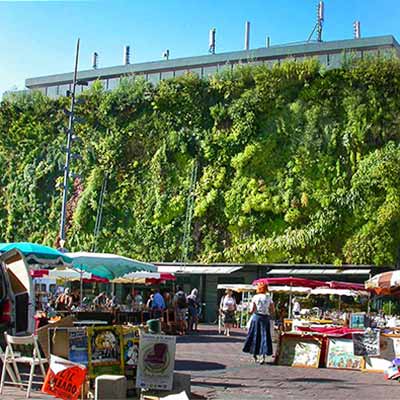 Place Pie - Les HallesPlace Pie is the most dynamic square in Avignon, it comes alive from 6:30 am when the Halles opens its gates until late in the night 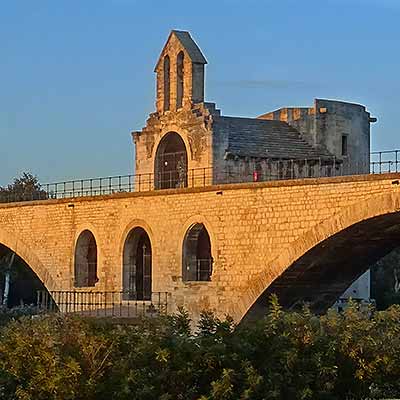 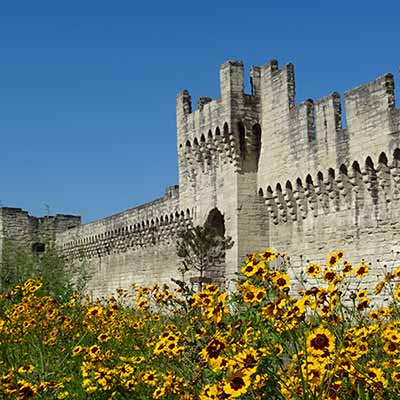 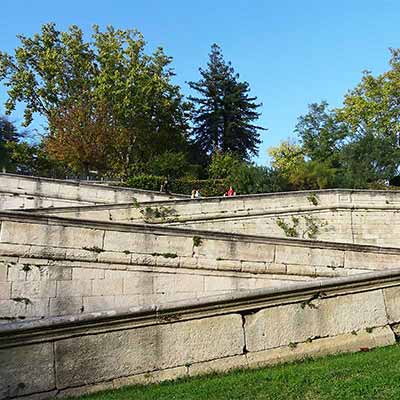 Rocher et Jardin des DomsThe Rocher des Doms is the origin of the city, a safe shelter overlooking the Rhône and a beautiful garden today. 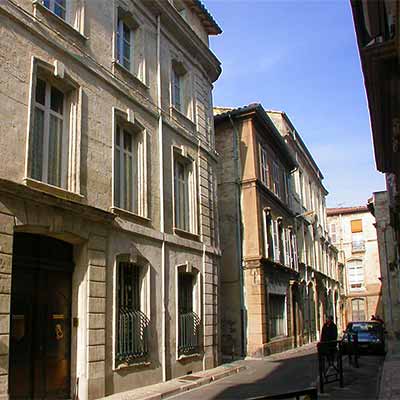 Rue banasterieBanasterie Street and its district contain heritage treasures, such as the Baroque chapel of the Black Penitents. 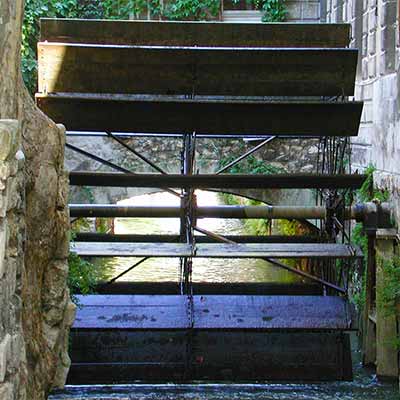 Rue des teinturiersAlong the Vaucluse canal, the "rue des roues" is the most picturesque in Avignon.