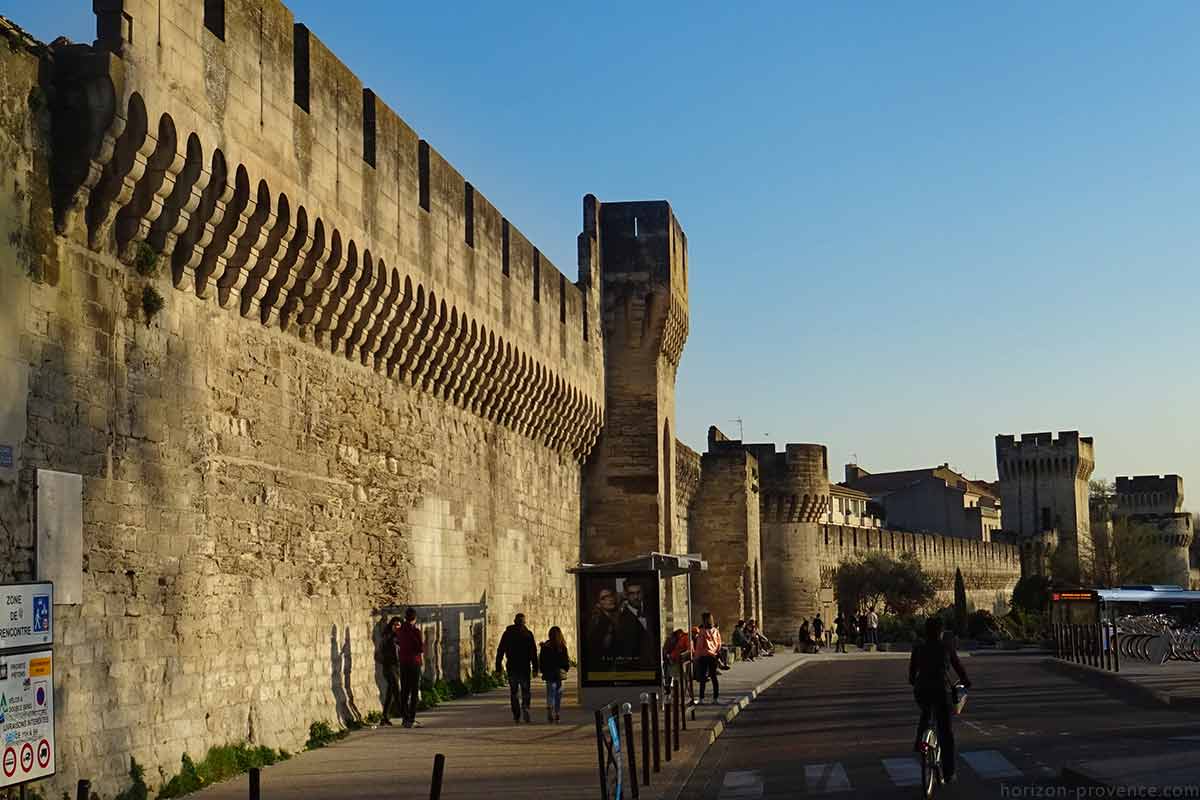 The city walls surrounding Avignon were erected in the 14th century. Pope Innocent IV begins the construction in 1355, when Avignon was seriously threaten by free bands of mercenaries, unemployed during truces between the french and the english kings, attracted by the Pope's wealth. The walls were finished 15 years later.

The walls are 4300 meters length, and were originally 8 meters high, fit out with crenellations and machicolations. The city walls are reinforced by 35 great towers and 50 smaller ones. Seven gates allowed the city entrance, they are now forteen. Waters from Durance and Sorgue rivers supplied the moat. 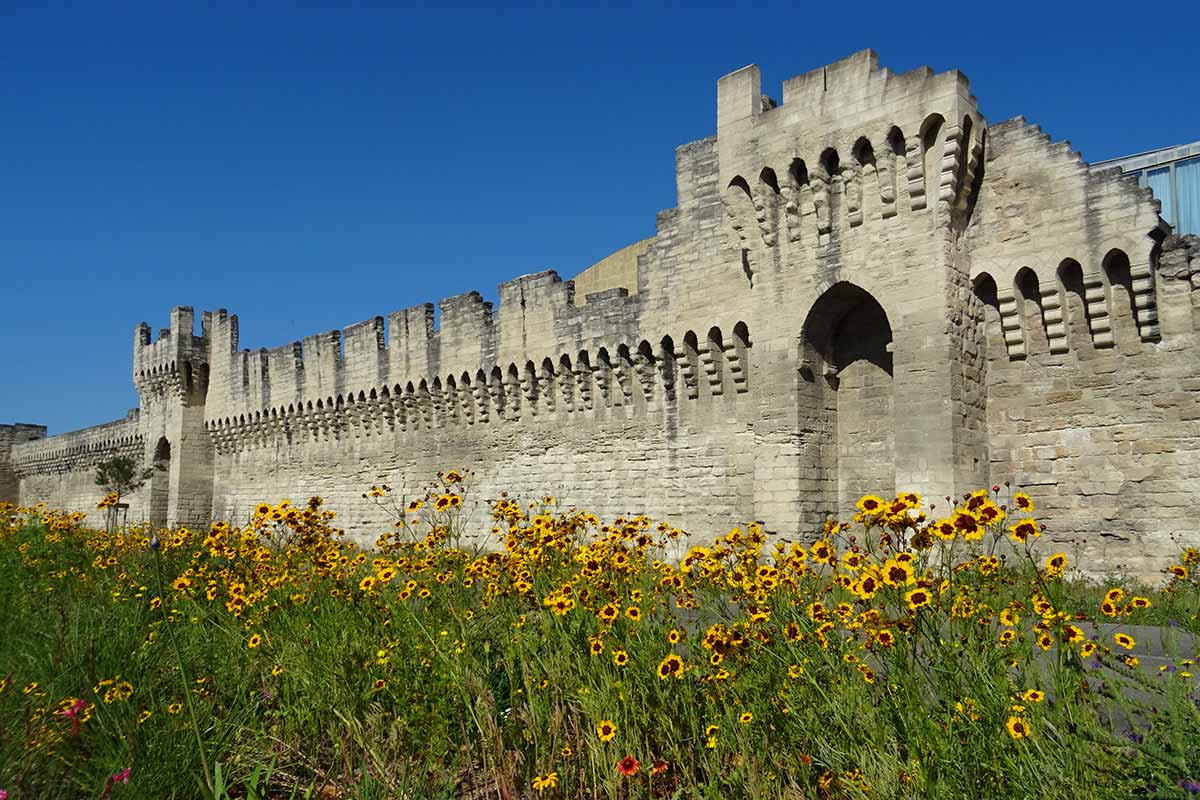 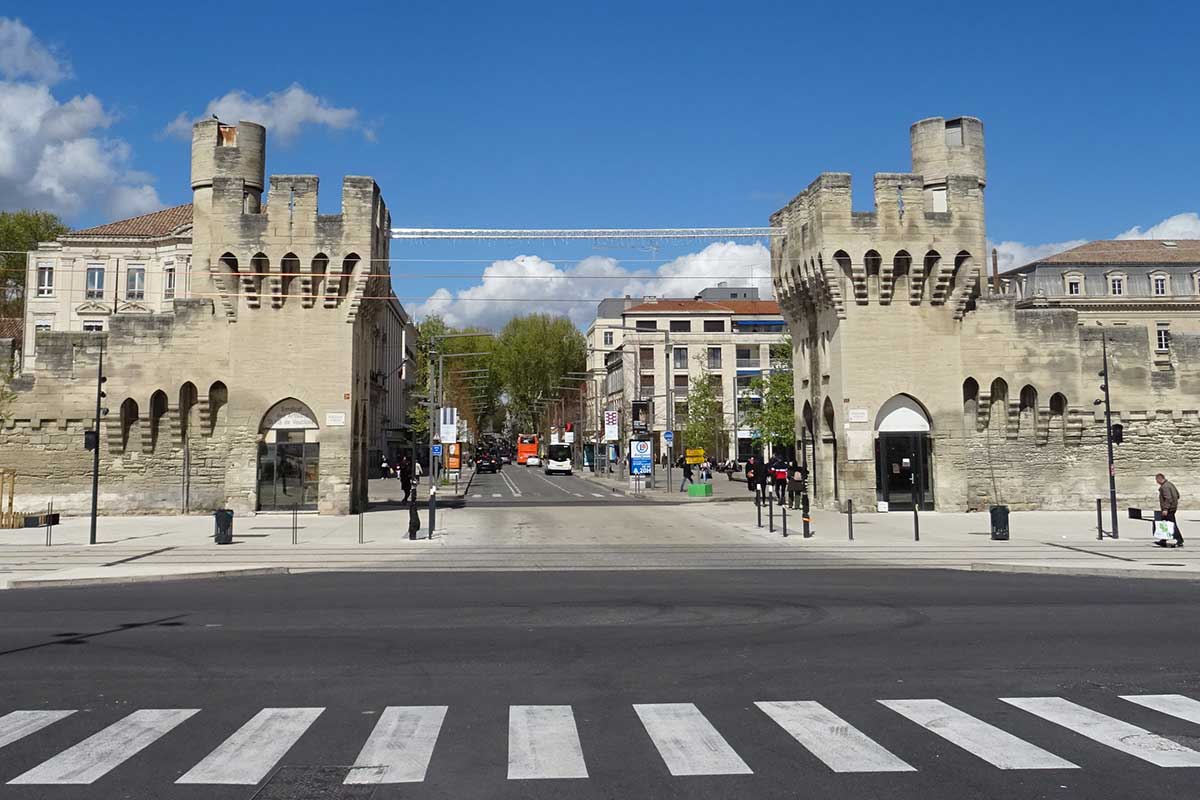 During the 19th century, it was considered to destroy the walls and build instead the railway. The project was fortunatly abandonned, partly thanks to the writer Prosper Mérimée, then curator of historical monuments.