The island of Barthelasse, the countryside at the gateway to the historic centre of Avignon 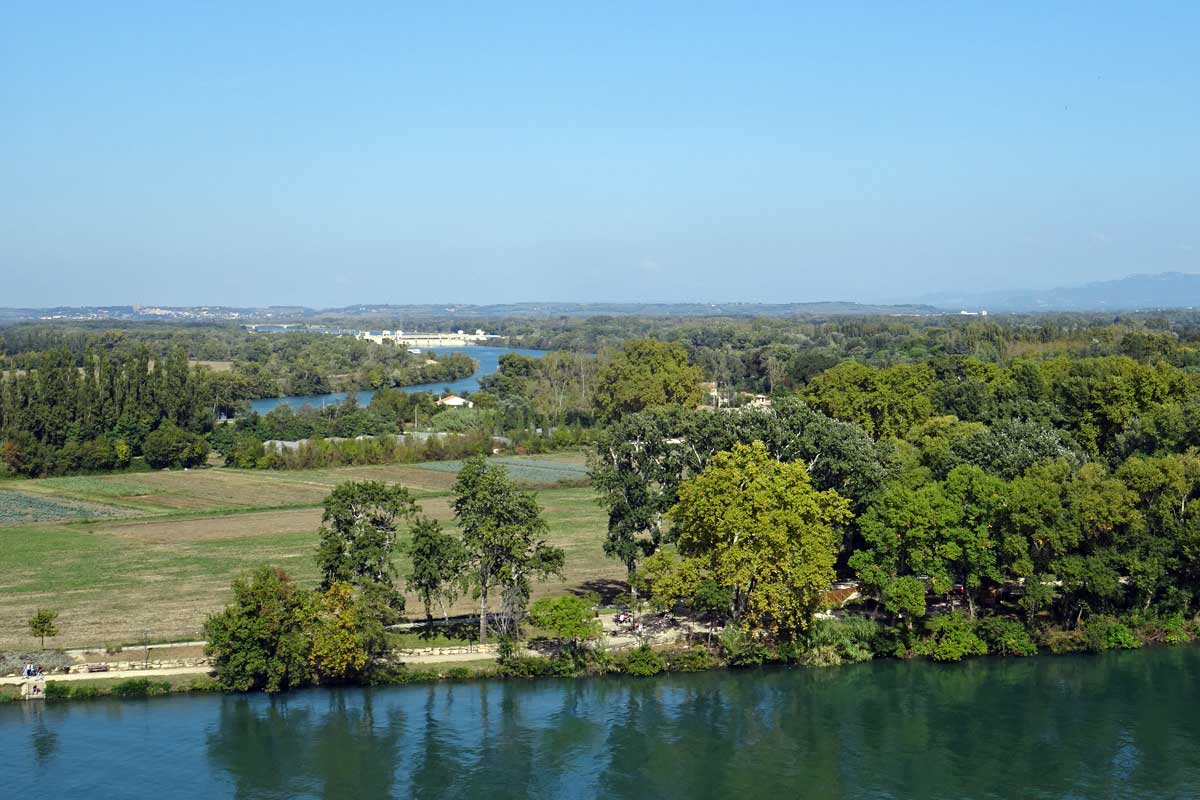 At the foot of the ramparts of Avignon, the papal city, the Rhône splits into two large arms that surround the Island of Barthelasse. It is the largest river island of the Rhône river, a vast area of greenery and calm that extends over an area of 700 hectares, between Avignon and Villeneuve-les-Avignon, the departments of Vaucluse and Gard, the Provence regions (PACA) and Occitanie.

In 1447, a man named Jean Richard, known as "Barthelucius", bought this land to grow wheat. The land proved so fertile that it made Barthelucius' fortune as he gave his name to the island. The piers of the Pont Saint Bénézet were built on these lands, they were gradually washed away in the 17th century by the floods of the Rhône. The island gradually stabilized in the 18th century and especially in the 19th century after the construction of protective dikes. The island of Barthelasse was attached to Avignon in 1850 at the request of its inhabitants. It is now an administrative district separate from the municipality. In 1973, the construction of two lock plants in Avignon and Sauveterre on the right branch of the river gave the island its final shape by adding the island of La Motte to the north, whose separation is now marked by a dead branch of the Rhône. The southern part of the island to the left of the Edouard Daladier Bridge is called Piot Island. 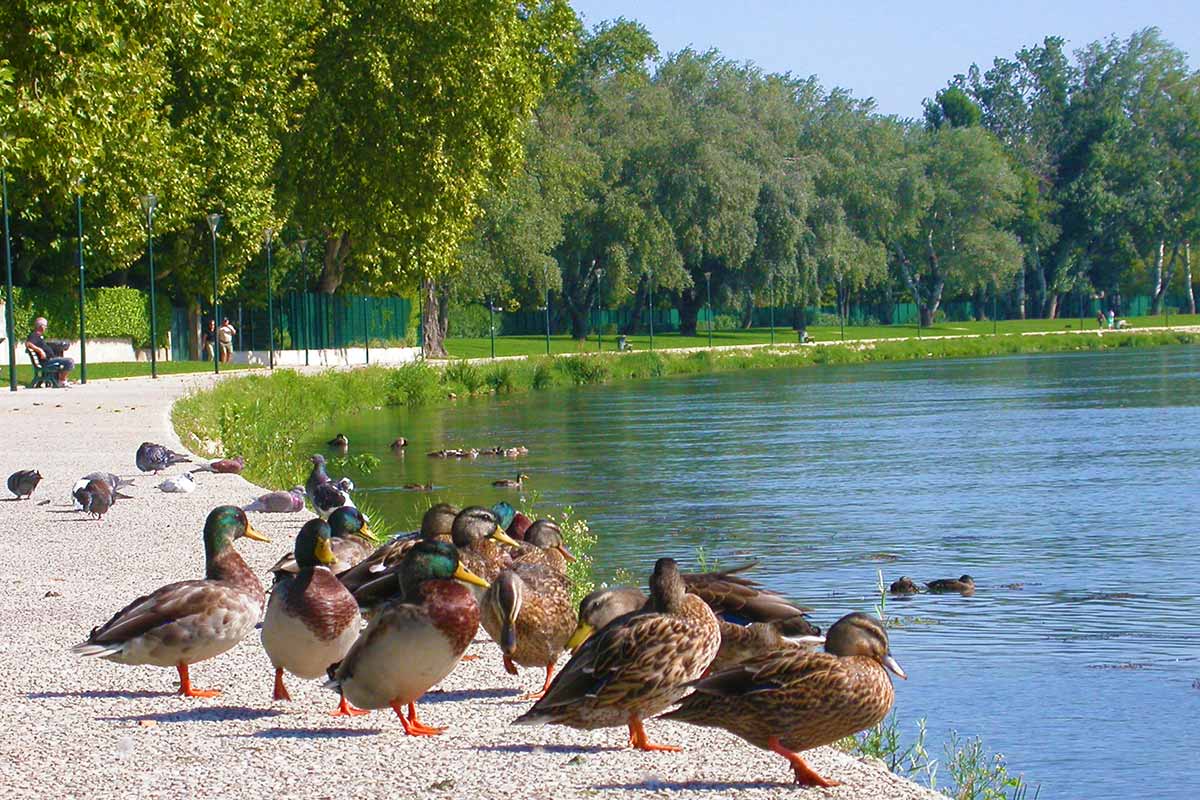 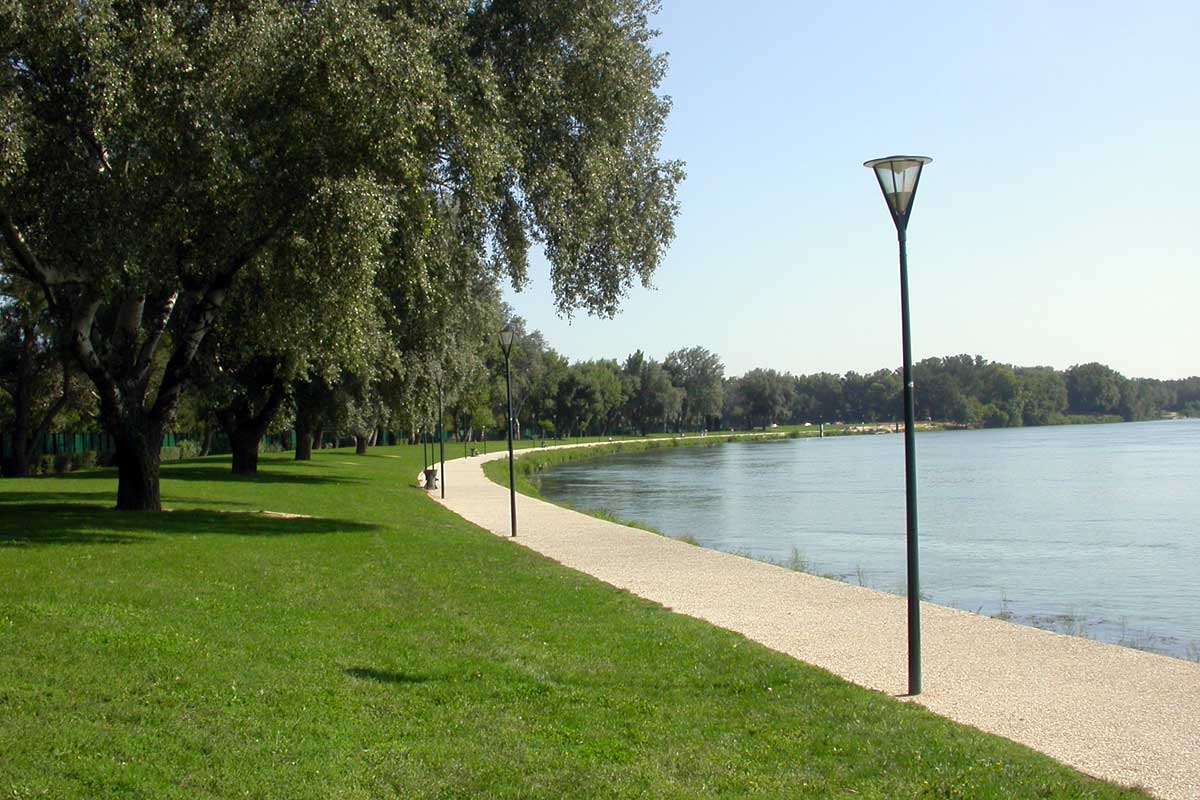 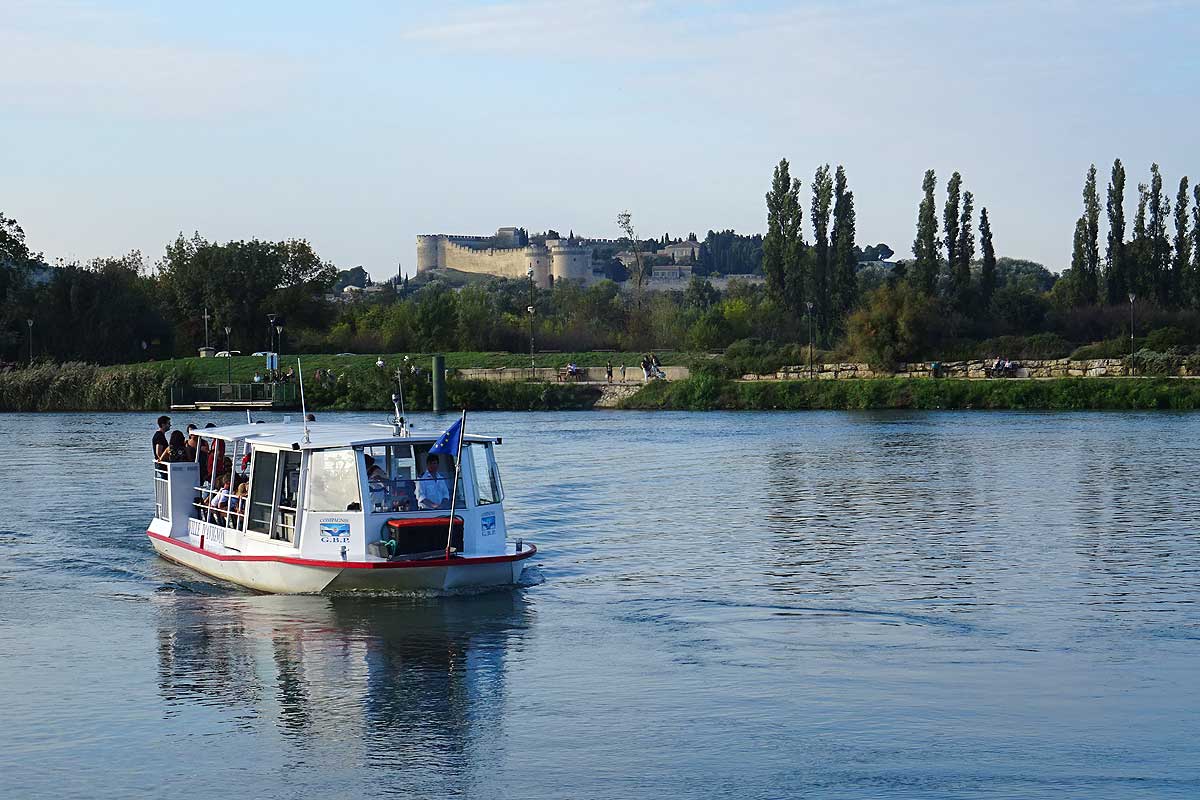 Despite major developments carried out by the CNR (Compagnie Nationale du Rhône) along the banks of the river, Barthelasse Island can still be flooded, such as the one in 2003, which was a 100-year flood, at the same level as the one in 1856. The danger is always present, it forces the dwellings to specific developments. An ever-present flooding of the river preserves the island from urbanization and gives it its exceptional character. The island is thus preserved from urbanization, it has less of a thousand of permanent inhabitants today.

The island of Barthelasse is criss-crossed by paths and small roads ideal for cycling on marked paths or for jogging along the banks of the Rhône. It is a preserved natural area that is home to many wild animal species. With patience and discretion, you can observe herons, beavers or badgers. 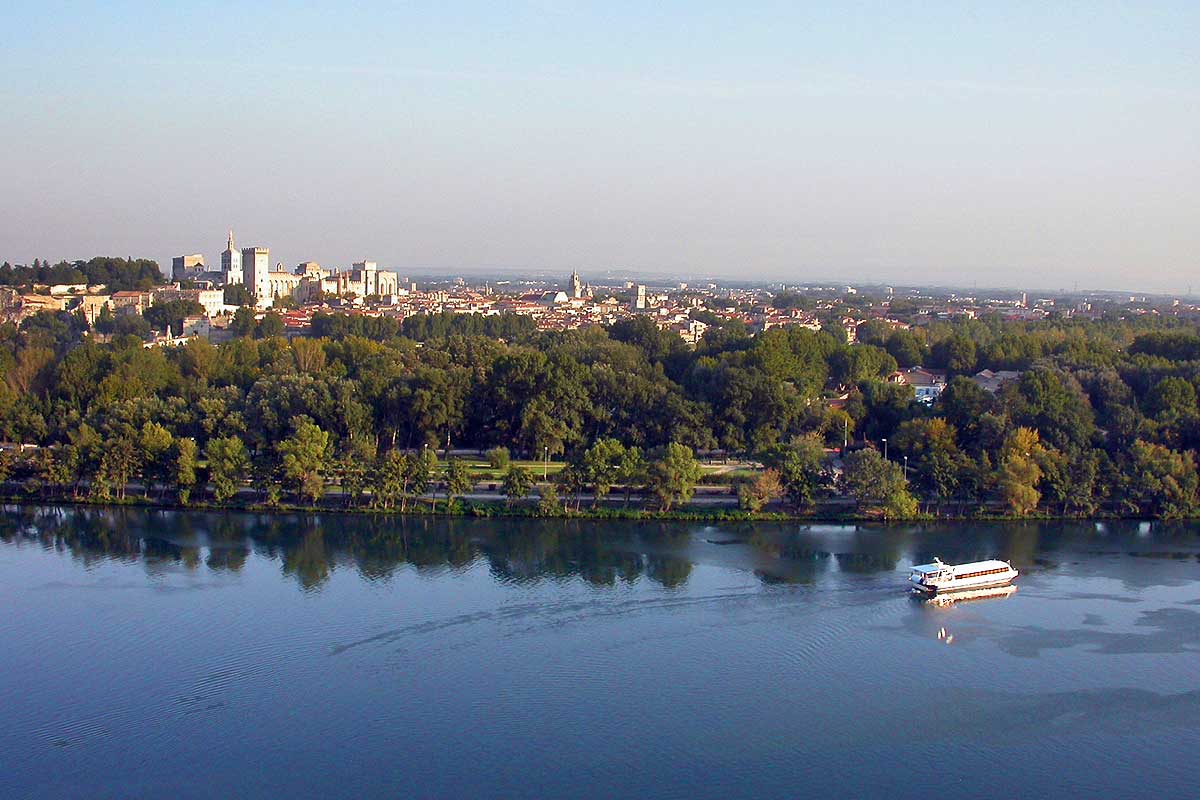 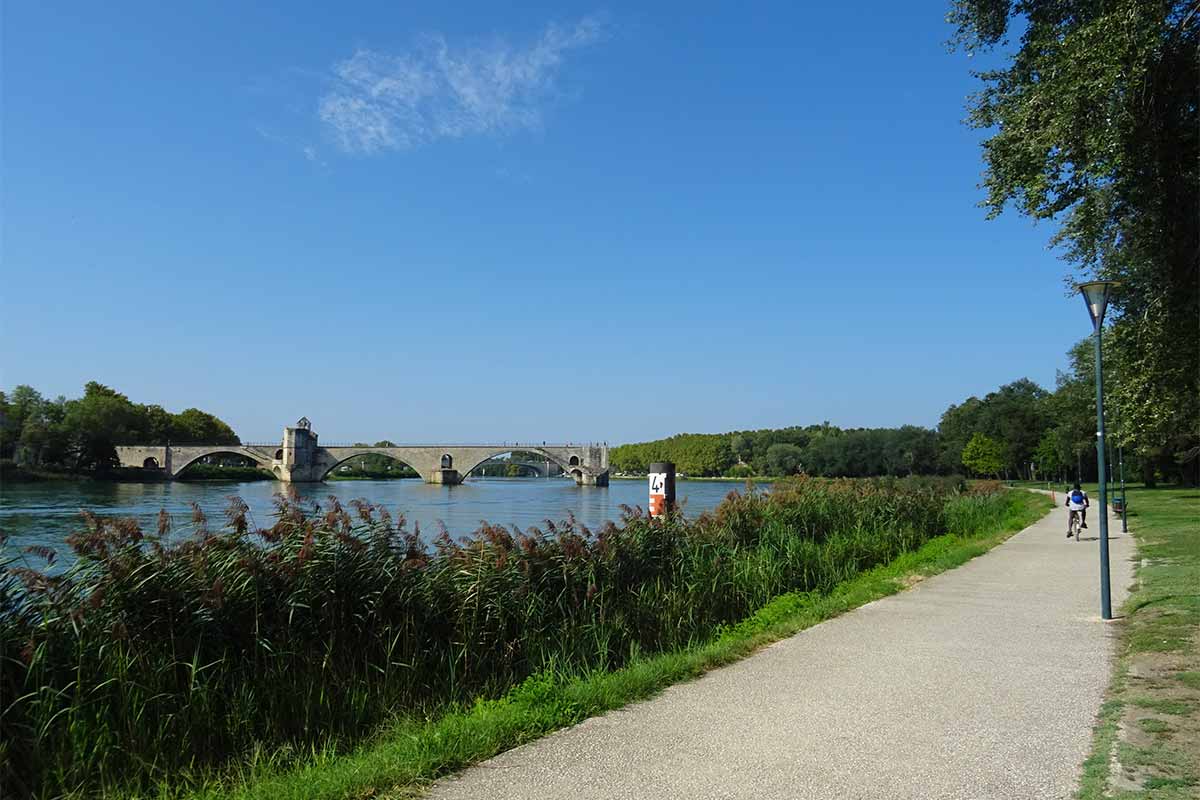 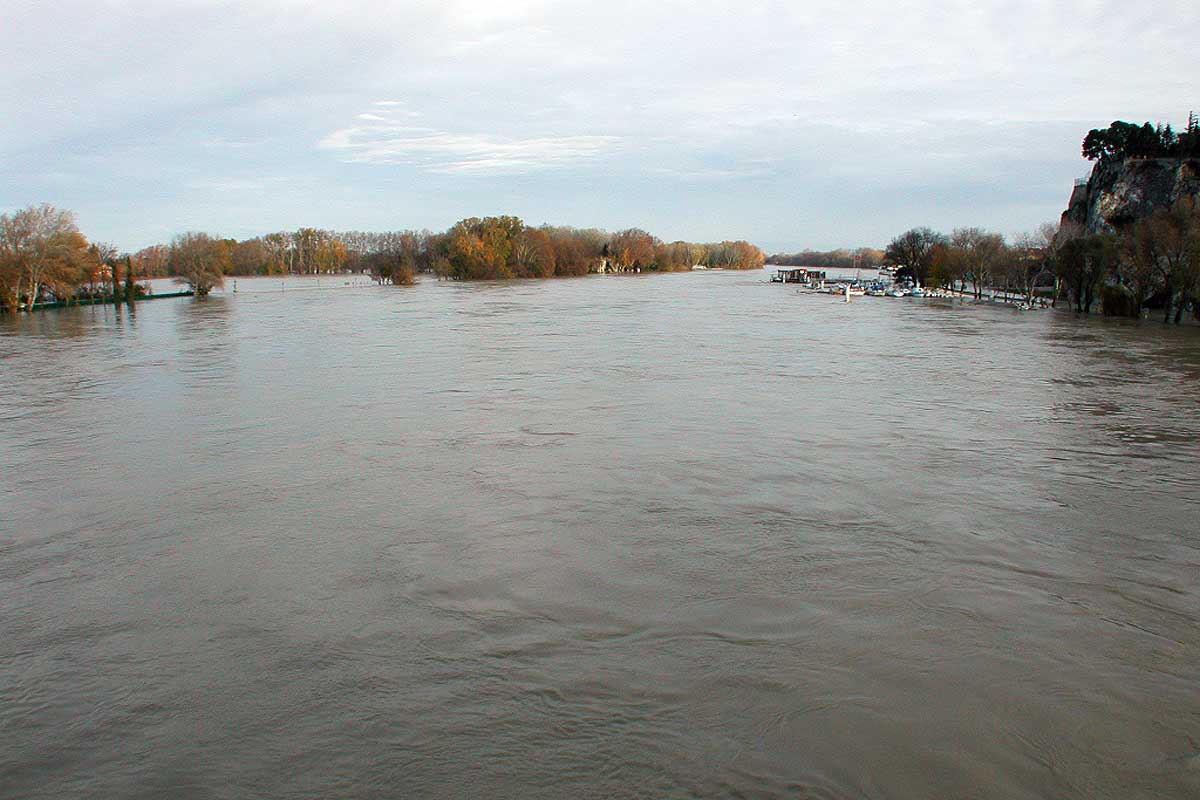 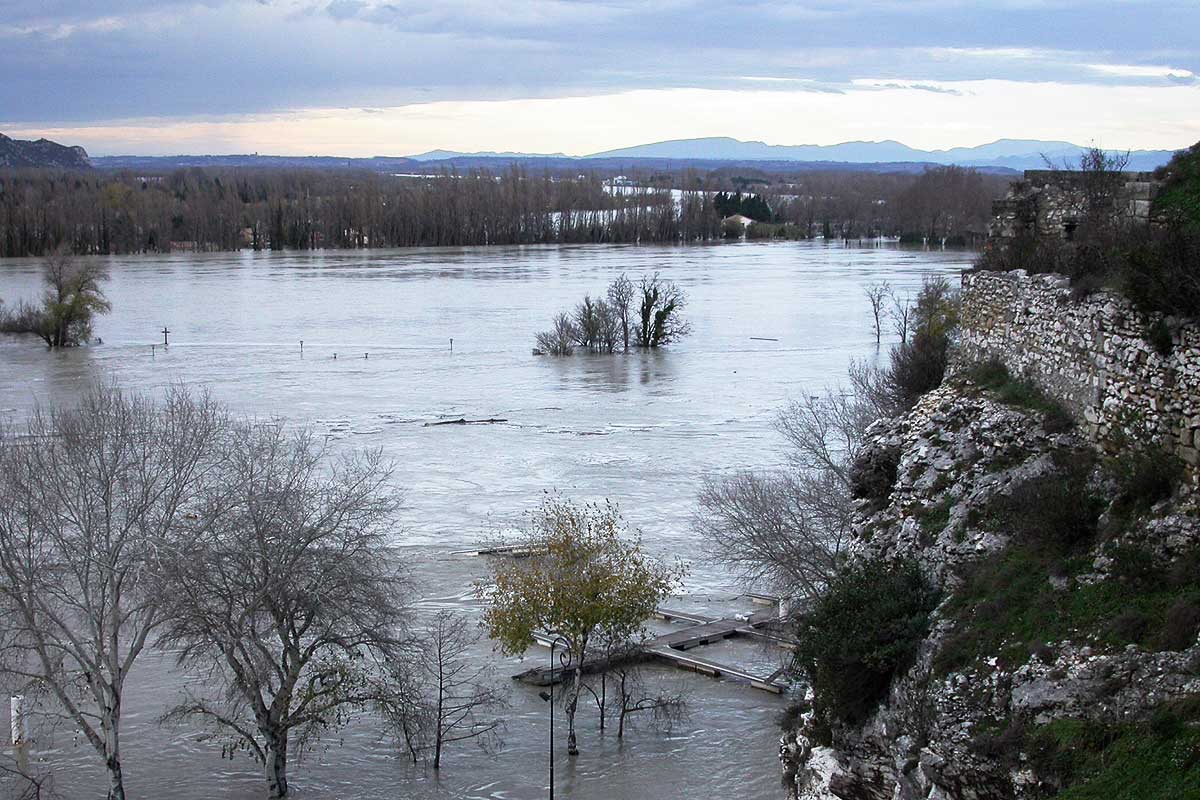 The economy of the island of Barthelasse is devoted to agriculture, once the vine, now mainly the primeurs. Avignon residents go directly to the island's farms to buy seasonal fruit and vegetables: cherries, peaches, apricots, tomatoes, apples, pears, etc. A farmers' market with local producers is held from May to October, on Monday evenings from 5pm to 7pm in front of the ramparts near the Porte de l'Oulle.

From the "towpath" along the island's shoreline facing the ramparts, the view of Avignon is breathtaking, encompassing the Pont Saint-Bénézet, the Palais des Papes and the Rocher des Doms. It is easily accessible through the Oulle Gate and the Edouard Daladier Bridge which links Avignon and Villeneuve-les-Avignon. At the end of the towpath, a river shuttle allows you to cross the Rhône river free of charge (with your bike) to the foot of the Rocher des Doms, it operates during the summer season. 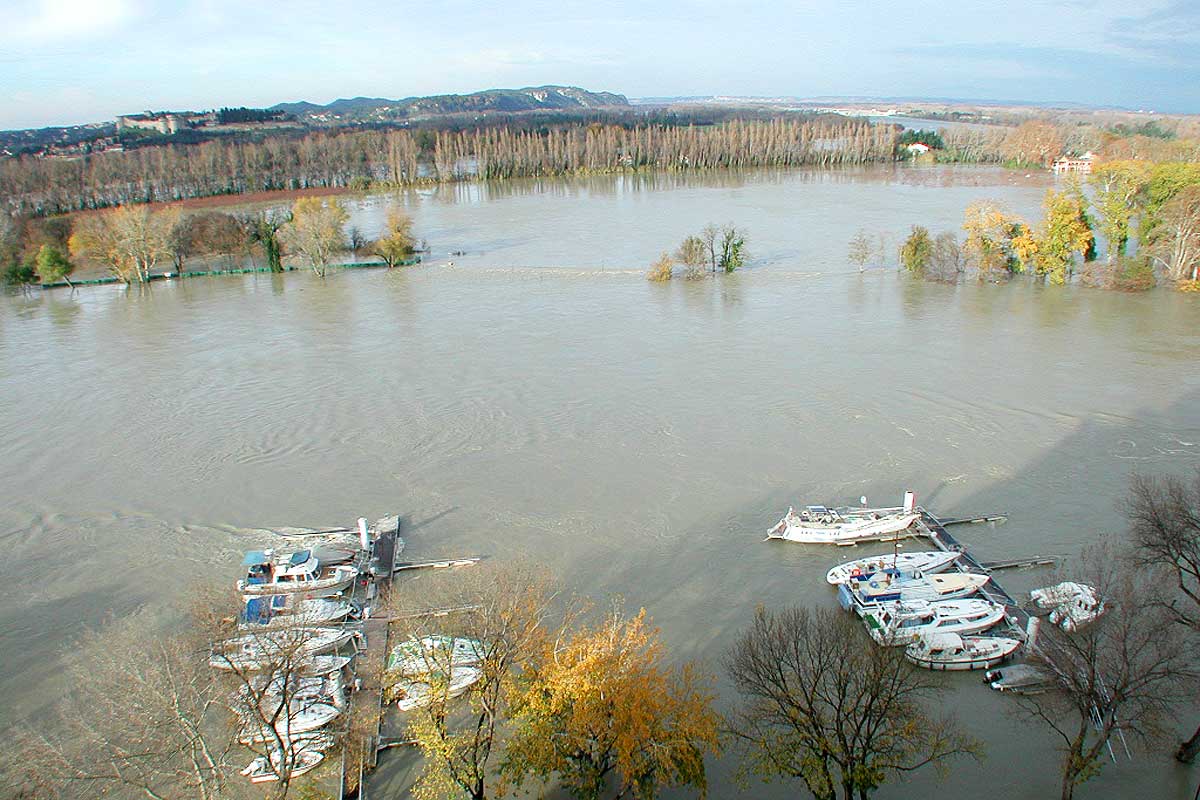 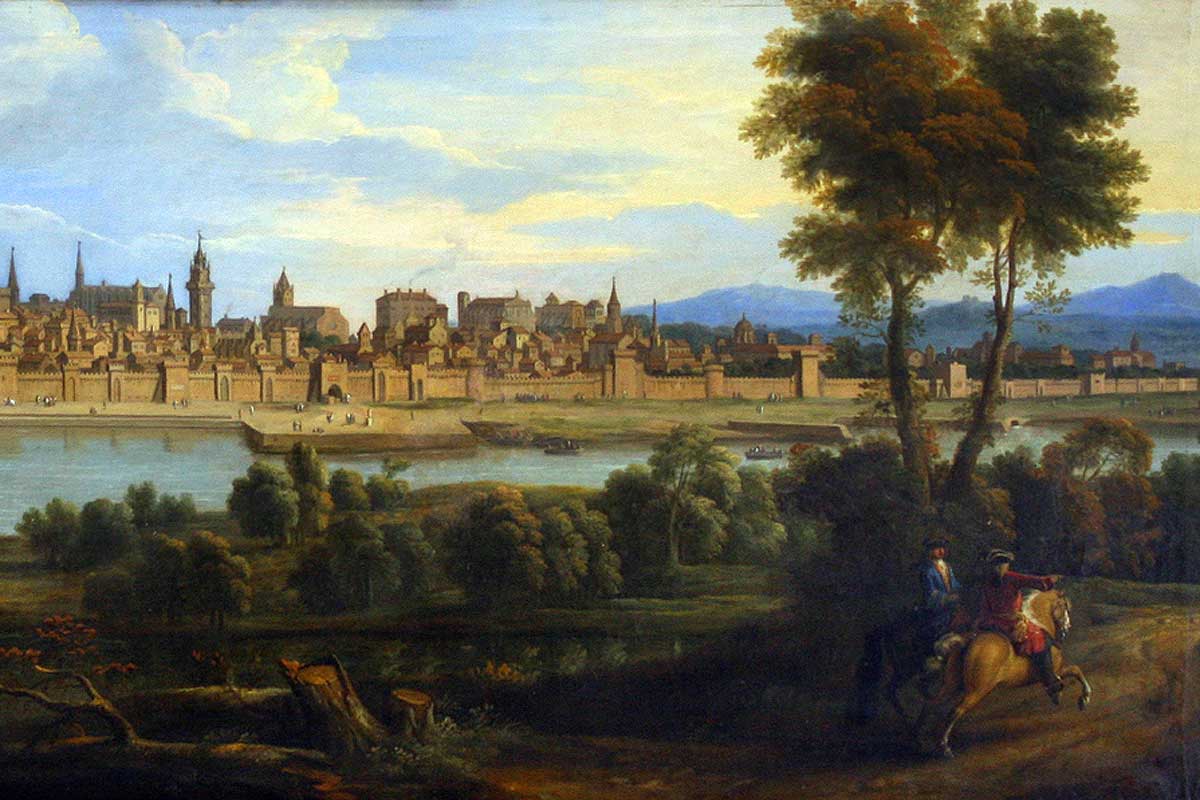 Barthelasse Island is a privileged place to stay for visitors who stop in Avignon, it offers different types of accommodation in campsites, cottages, hotels or guest rooms. The "La Palmeraie" swimming pool, open in summer, has a 50-metre pool and relaxation areas. In June 2019 former US President Barack Obama and his family spent a week on a property on Barthelasse Island for their holiday.

Accommodation on the island of the Barthelasse and in Avignon 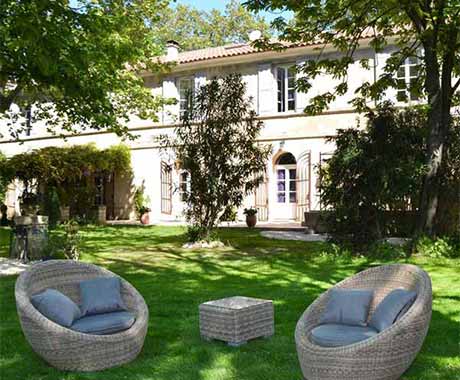 Charming guest rooms and holiday cottages on the island of Barthelasse 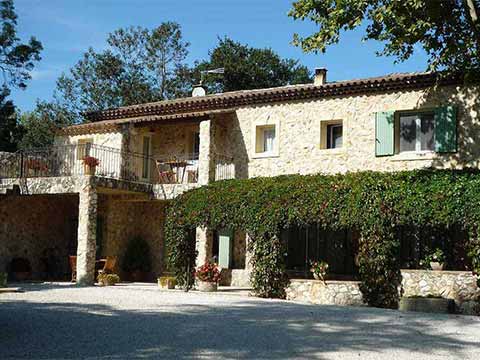 Four comfortable guest rooms, on the island of Barthelasse

Things to see and do on Barthelasse Island:

Coming on the island of the Barthelasse

L'Île de la Barthelasse has 1000 inhabitants, it is located at 18 m above see level ,in Avignon, 0,2 km from Villeneuve-les-Avignon, 7 km from les Angles. 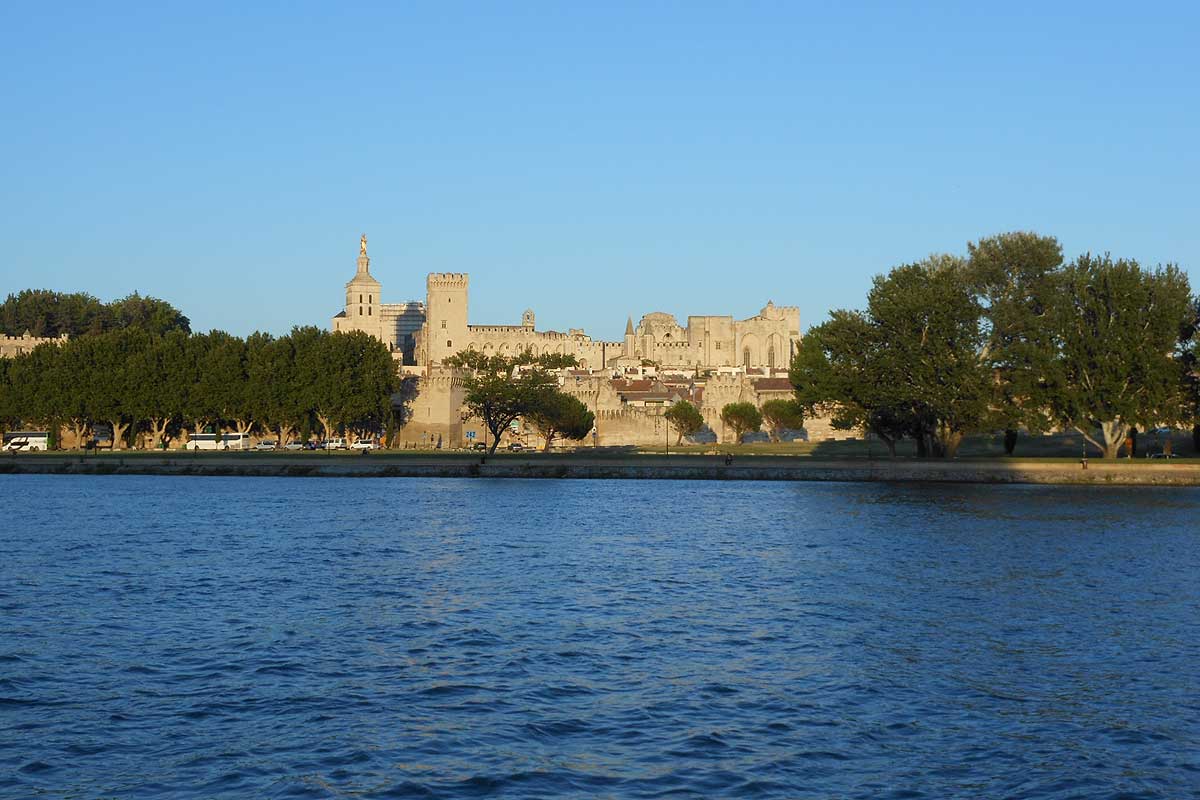 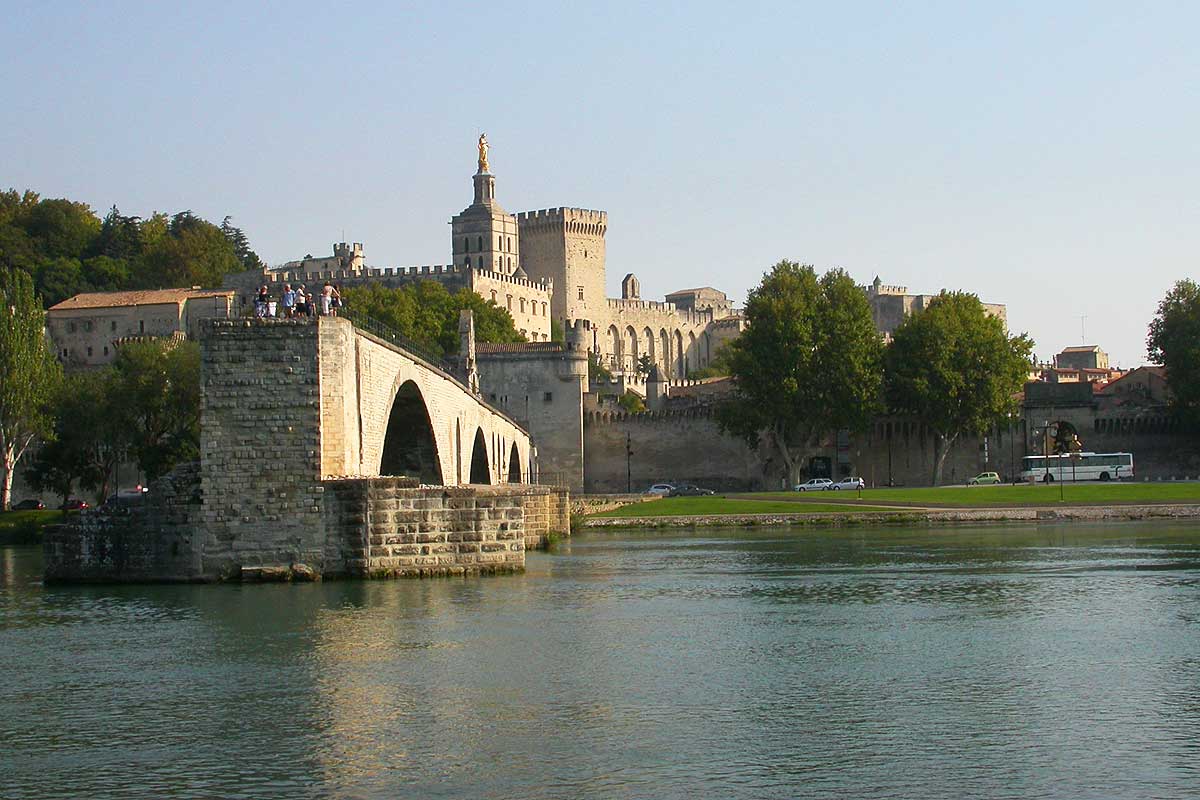