The Pope Palace square is a large esplanade of 240 metres length, and 48 metres broadth. It is overlooked by the impressive façace of the Pope Palace, facing the baroque sculptures of the Avignon's Mint .A gilded Virgin on the Notre-Dame-des-Doms cathedral keep watching the place, whereas at the end of the perspective, the Petit Palais displays its graceful crenellated façade of Renaissance style.

The square was created at the end of Middle-Ages, the buildings standing there were razed for military reasons when the antipape Benedict the 13th was besieged in the Palace. Later, the Pope's legates built the "chatelet", a defensive construction to protect the entrance of the Palace. 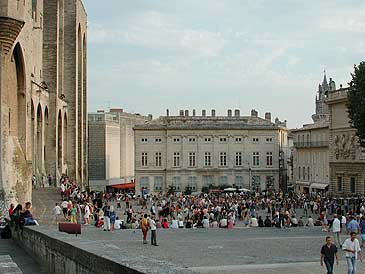 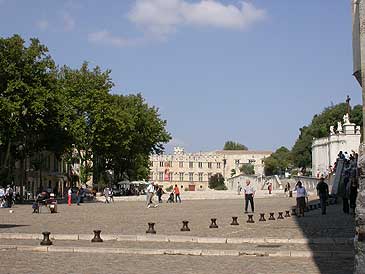 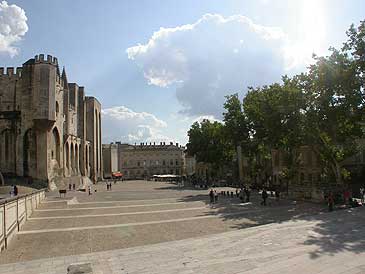 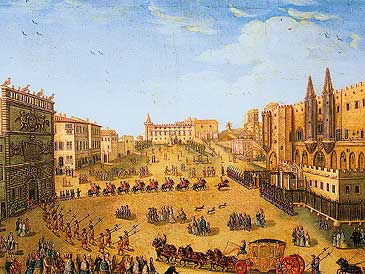 The beautifully decorated baroque facade of the Hôtel des Monnaies contrasts with the austere walls of the Pope's Palace facing it. It was built in 1619 by the vice-legate. Eagles and dragons are the weapons of the family of the Cardinal of Borghese.

During the Revolution, the Hôtel des Monnaies became a gendarmerie, then in 1860 the Conservatoire de Musique moved in until his departure in 2003. The building was sold by the municipality in 2018 to be transformed into a hotel. 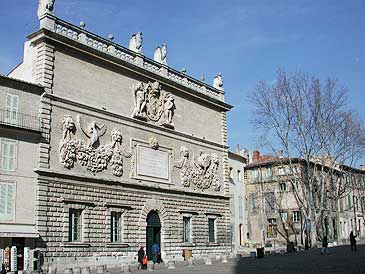 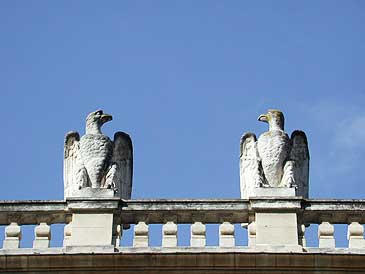 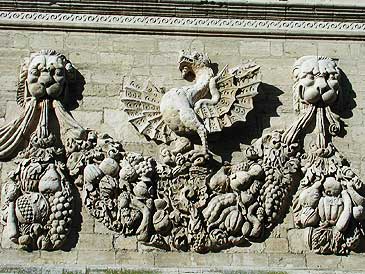 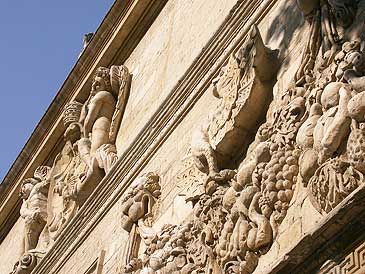 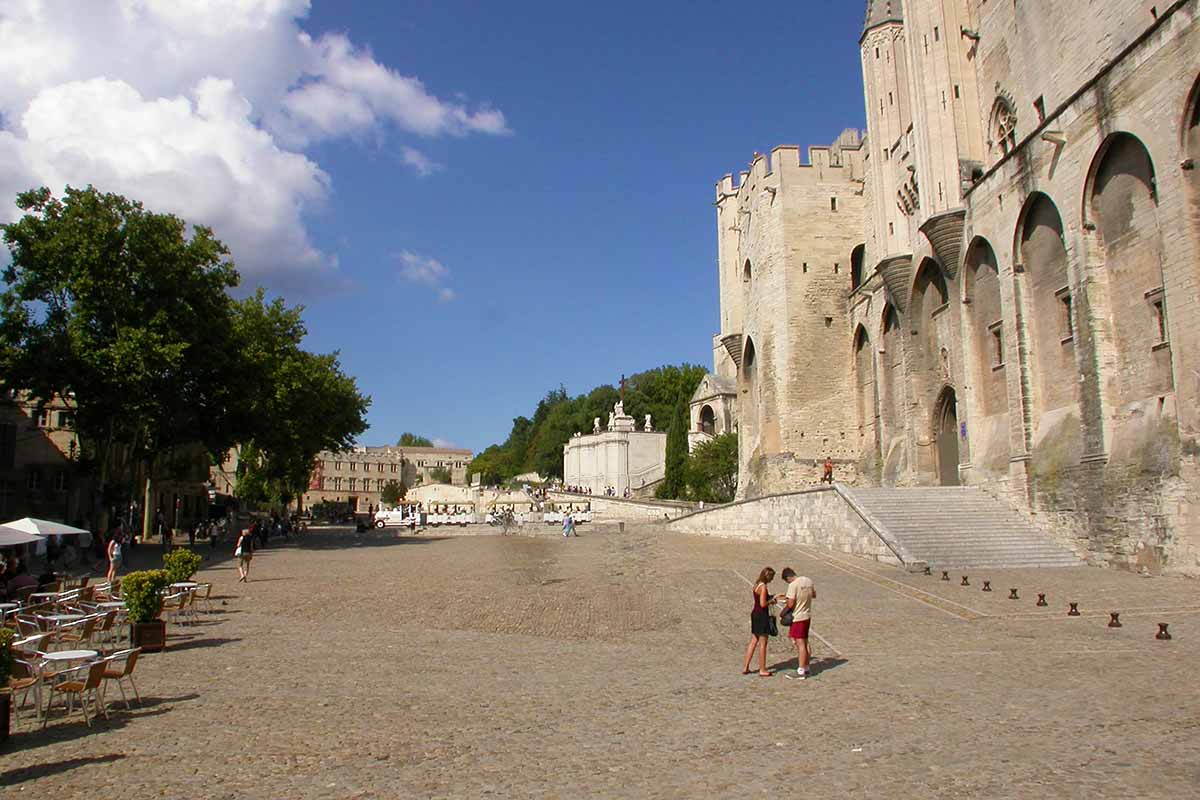