The Rue des Teinturiers (dyers street), often nicknamed by Avignon residents as the "Rue des Roues" (street of the wheels) , is undoubtedly the most picturesque street in the old city of Avignon.

During the month of July, the dyers of the street comes alive and becomes a trendy place of the Festival, theaters open, restaurants and terraces are overflowing on the floor, welcoming the festival enthousiasts and artists who pause between two representations. 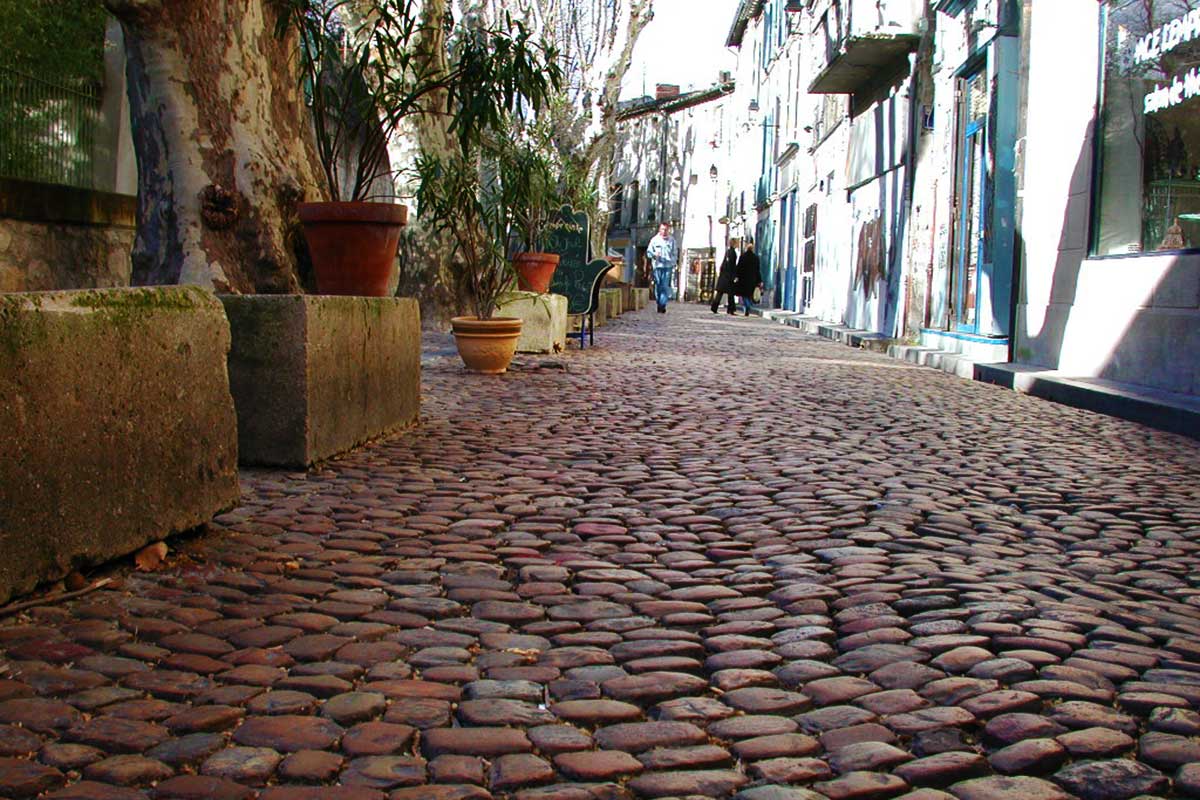 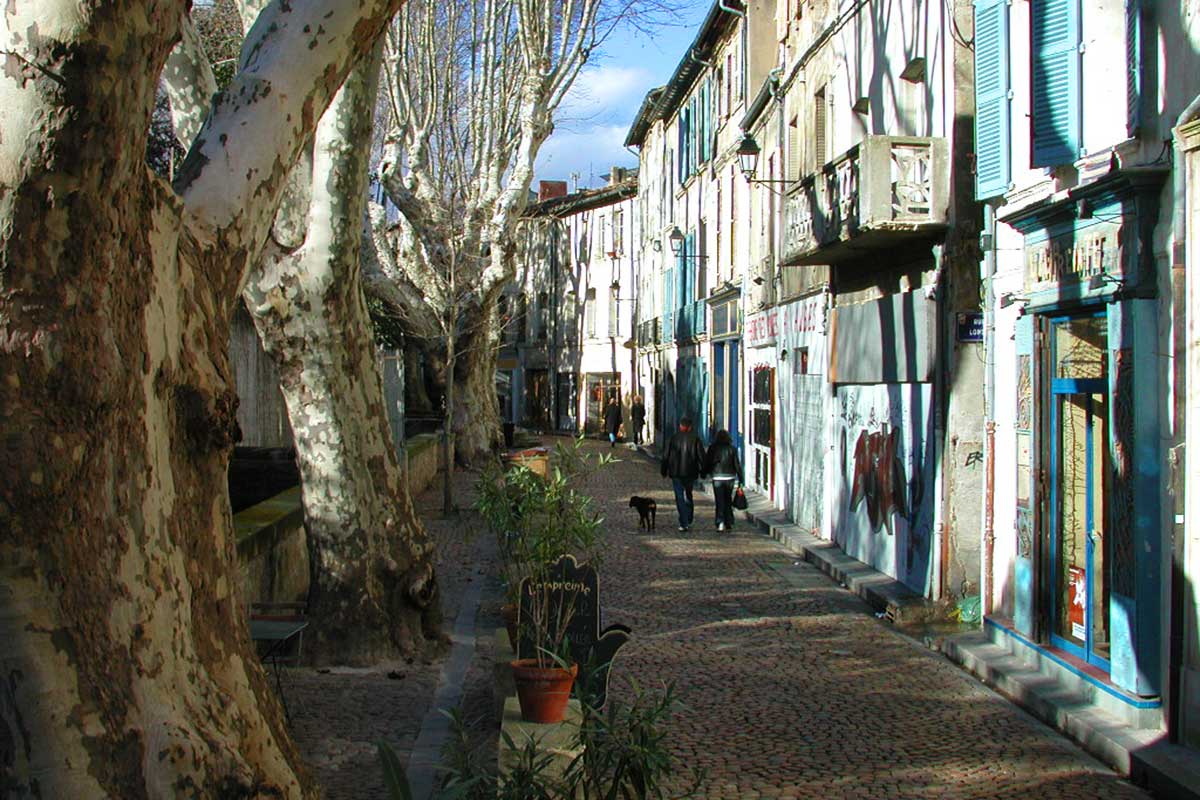 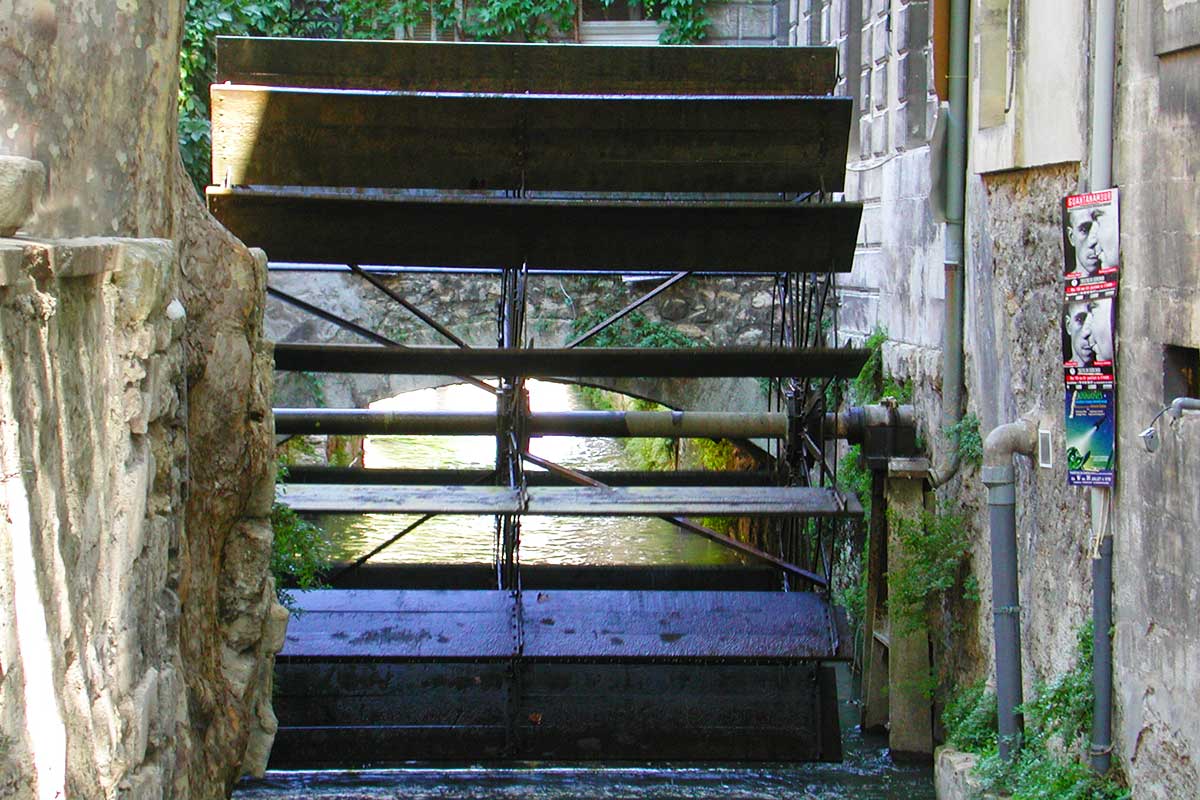 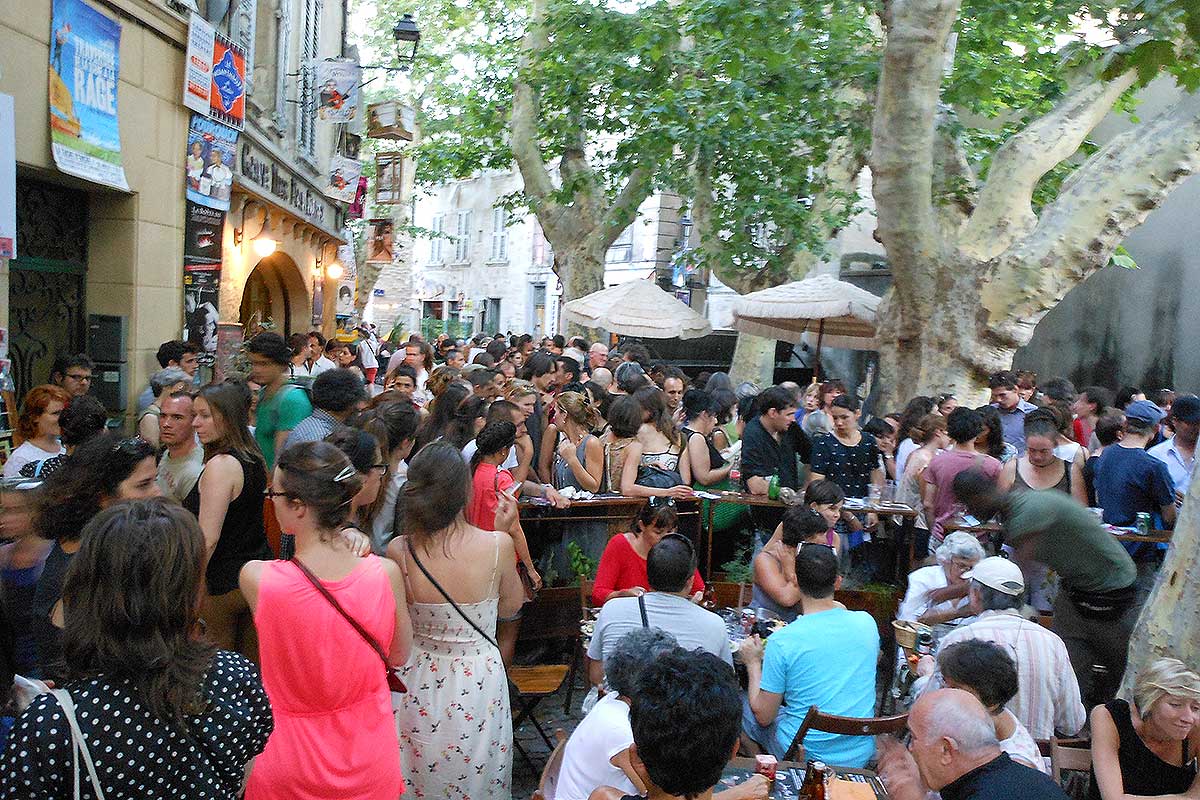 Shaded by plane trees, the pavement consists in pebbles coming from the Durance river. The street run along a branch of the Sorgue river whose current was strong enough to actuate several paddle wheels - it has been counted up to 23 - from which remains four today.

The Rue des teinturiers was the center of an important textile industry, from the 15th century, with a peak in the 17th century when it was the main economic activity of the city. Fabrication of "Indienne" - printed fabrics with brightly colored patterns still manufactured in Provence - was banned because Nimes and Lyon feared competition from the papal city of Avignon. But it resumed after the Revolution before disappearing in the late 19th century. 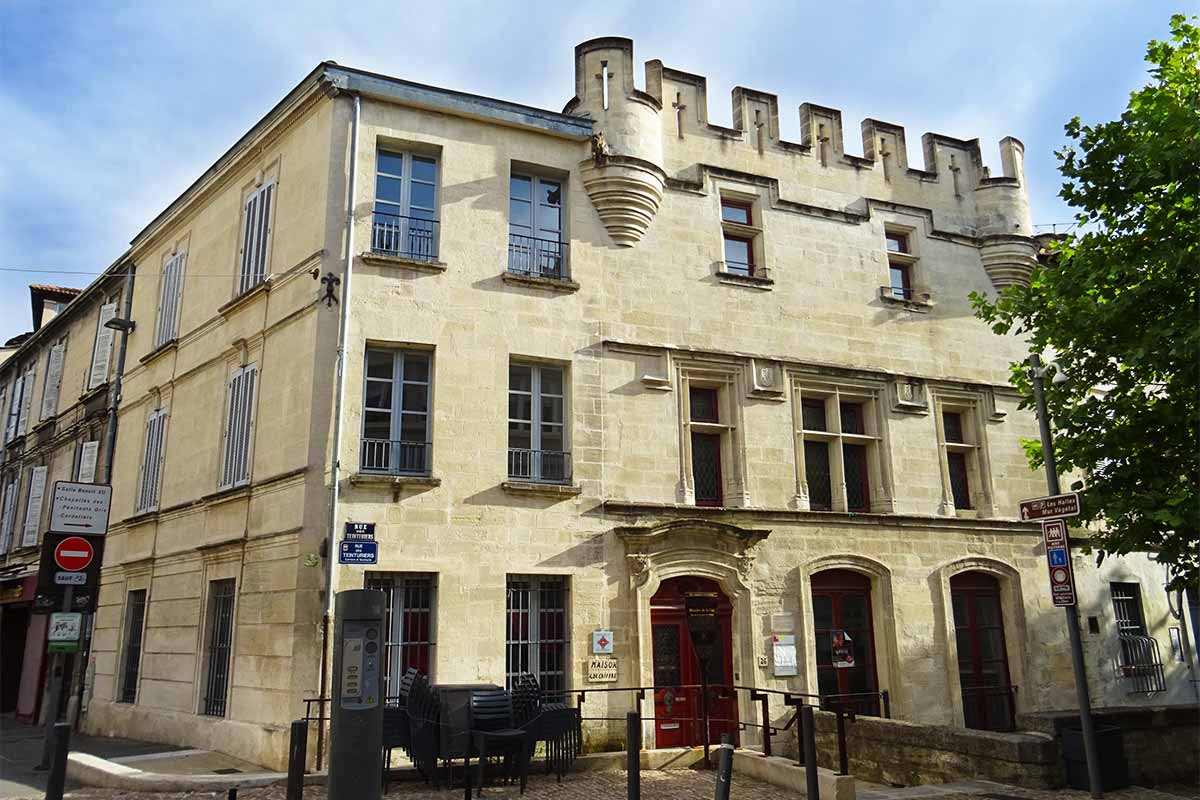 At the entrance to the Street of Dyers is the "Maison Quatre de chiffre" (House of figure Four) , one of the last houses of Gothic style of Avignon, build in 1493. It is topped with battlements and flanked by two watchtower. Today it is the home of the City's association.

At the entrance to Rue des Teinturiers, at the crossroads with Rue Guillaume Puy, is the "Maison Quatre de chiffre" (House of figure Four), one of the last Gothic style houses in Avignon. It is surmounted by battlements and flanked by two watchtowers, an inscription now erased dates its construction from 1493. A mysterious sign adorns its façade: a heart surmounted by a cross of Lorraine and a cross of Saint-André: is it a talisman protecting against the plague, an alchemical symbol or an old trade mark? It is now the home of the city's associations.

The Confrérie des Pénitents Gris was born after the capture of Avignon by King Louis VIII of France in 1226. The current chapel has replaced the original St. Croix chapel in which King Louis VII came to make his devotions during an expiatory ceremony, only dressed in an ash-coloured bag, in the St. Croix chapel then located outside the ramparts. On this occasion, he founded the Royal and Devout Brotherhood of the Grey Penitents, whose mission is to perpetuate the adoration of the Blessed Sacrament preserved in the chapel they are building in this place, a tradition that is still maintained today.

On November 30, 1433, an exceptional flood of the Rhône flooded Avignon, the Penitents went by boat to the chapel to put the Blessed Sacrament in a safe place, they were surprised to see, as they entered the chapel, the waters diverging as they passed to the altar. The "Miracle of the Waters" is commemorated every year on the Sunday closest to Saint-André Day (30 November): the penitents dressed in a grey dress, barefoot and kneeling, the rope around their necks, and wearing a hood, go up the nave from the chapel to the altar after having piously kissed the cross embedded in the ground.

The Convent of the Cordeliers

The Cordeliers settled in Avignon in 1226, a Franciscan monastic order, and they built a convent and a church, completed in 1350 with the help of the popes, it was then one of the largest churches in Avignon. Members of larger families in the region are buried here. Laure de Noves, the muse of Petrarch, was buried in the chapel of the Sade family in 1348. François I came to visit Laure's tomb in 1533. Louis XIV also came to the convent where he stopped to heal the tuberculosis nuts.

In 1791 the patriot Nicolas Lescuyer was accused of embezzlement and murdered in the church of Les Cordeliers. This is the origin of the Massacre de la Glacière, which had a great impact in France.

In 1806 the convent was demolished and today only the bell tower of the Church remains, located at the crossroads of the rue des Teinturiers and the rue des Lices. 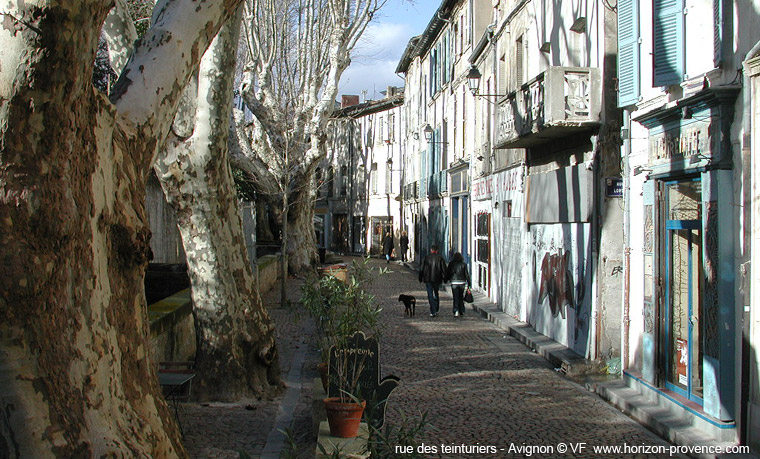