EYGALIÈRES and Chapel of St. Sixtus

The old village of Eygalières and the St. Sixtus Chapel, in the Alpilles 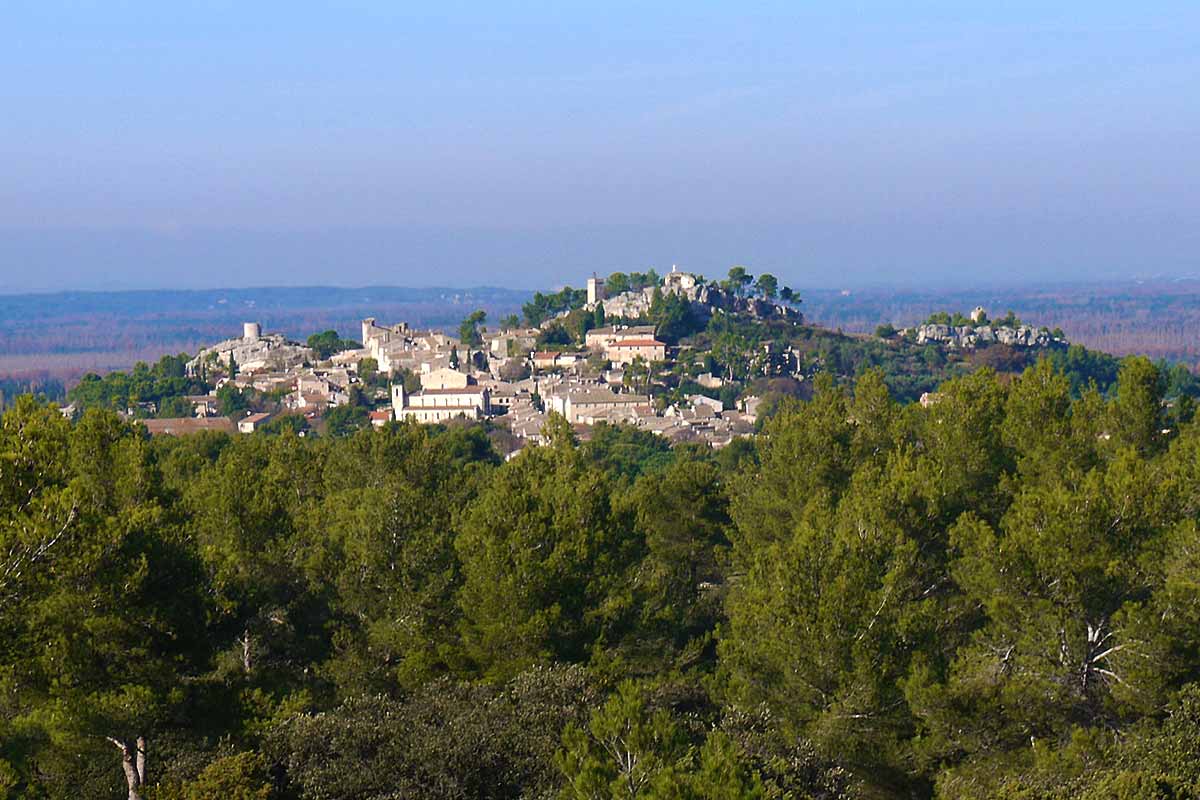 Eygalières, village of the Alpilles

Eygalières is undoubtedly one of the prettiest villages of the Alpilles area. The old village is located on a rocky outcrop of green pines topped by a statue of the Virgin Mary that protects the village. It is placed on a vault, the last vestige of the lordly fortress. A few steps from the statue, the Clock Tower stands above the village, surmounted by a bell tower. The Clock Tower is the symbol of the independence of the Eygalièrois. It was built in 1660 with the stones of the feudal castle, after the inhabitants of the village had bought the feudal rights of the village from the Duke of Guise, then a prisoner of the Spanish and who had taken on debt to pay for his release. 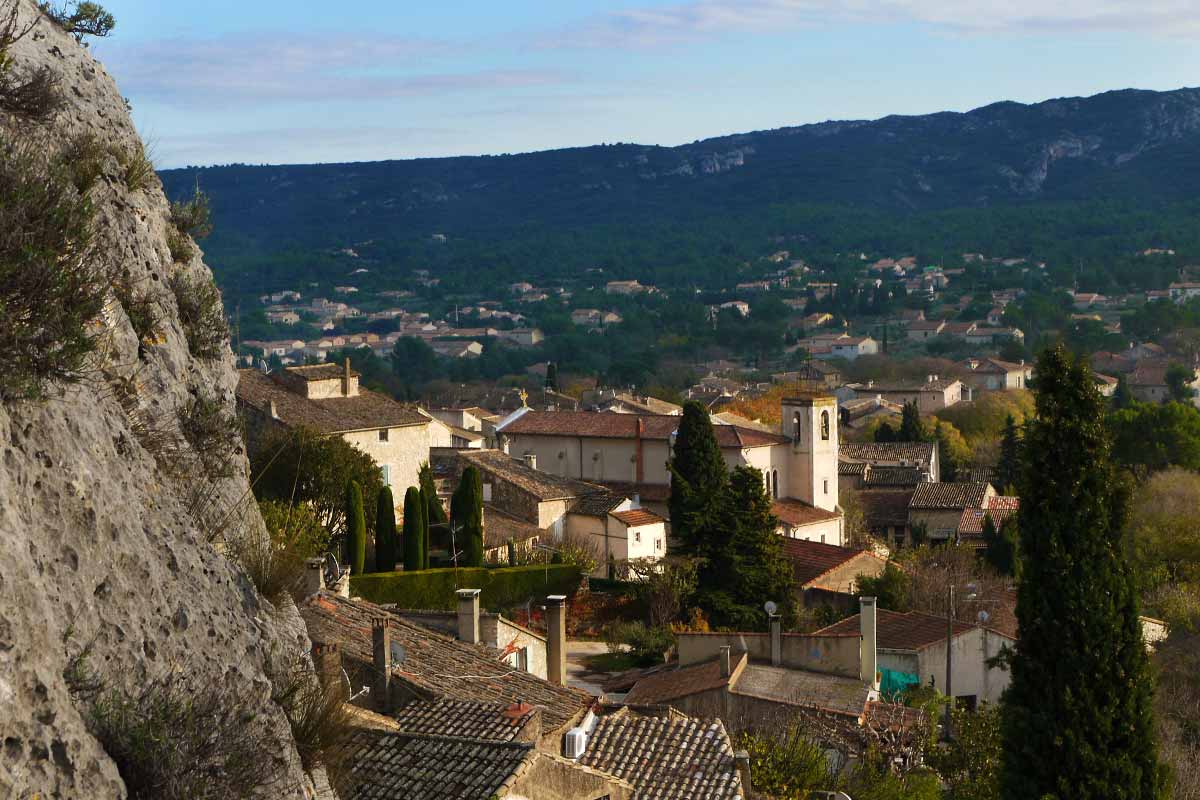 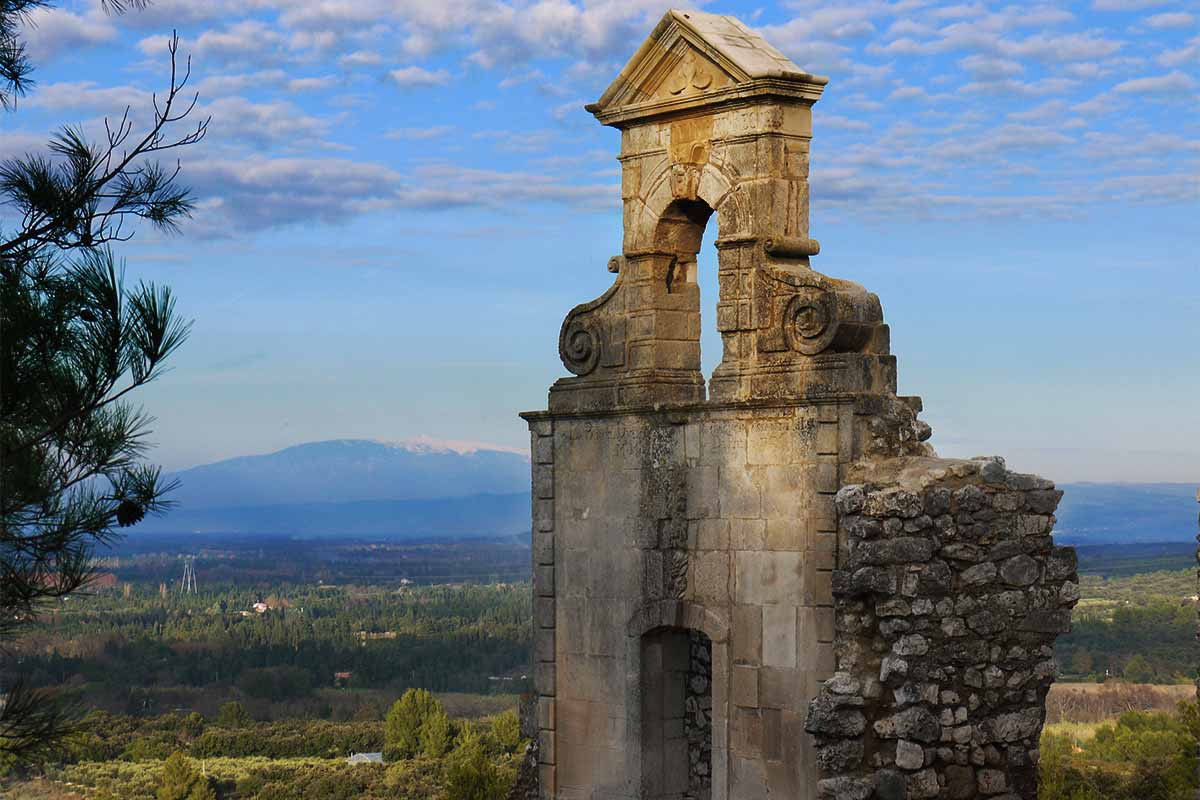 Below the ruins of the former feudal castle, the Chapelle des Pénitents (built in 1381) houses the Musée du Vieil Eygalières dedicated to Maurice Pezet, a local scholar, which gathers archaeological and historical evidence of the village. Its combed bell tower is gaping, the bell has not been ringing for a long time, it was sent to Tarascon during the Revolution to be melted down there. It gathers the archaeological finds made during the restoration of monuments. It shelters in particular some skeletons of inhabitants who died of the 1720 plague. the view of the serrated peaks of the nearby Alpilles is magnificent, while to the east we can see the Petit Luberon, the Vaucluse plateau and the Mont Ventoux.

Going down again towards the old village, we pass in front of Saint-Laurent church, from the 12th century, surmounted by a bell tower added well after its construction. Beautiful stone houses line up towards the plain below, in an intertwining of alleys, and stone houses steeped in history. Eygalières is surrounded by vineyards and olive groves, which have been the main source of wealth for the inhabitants since antiquity. In the village, a new church, Saint-Laurent, appears more recent, it was built in 1905 in a Romanesque Revival style. 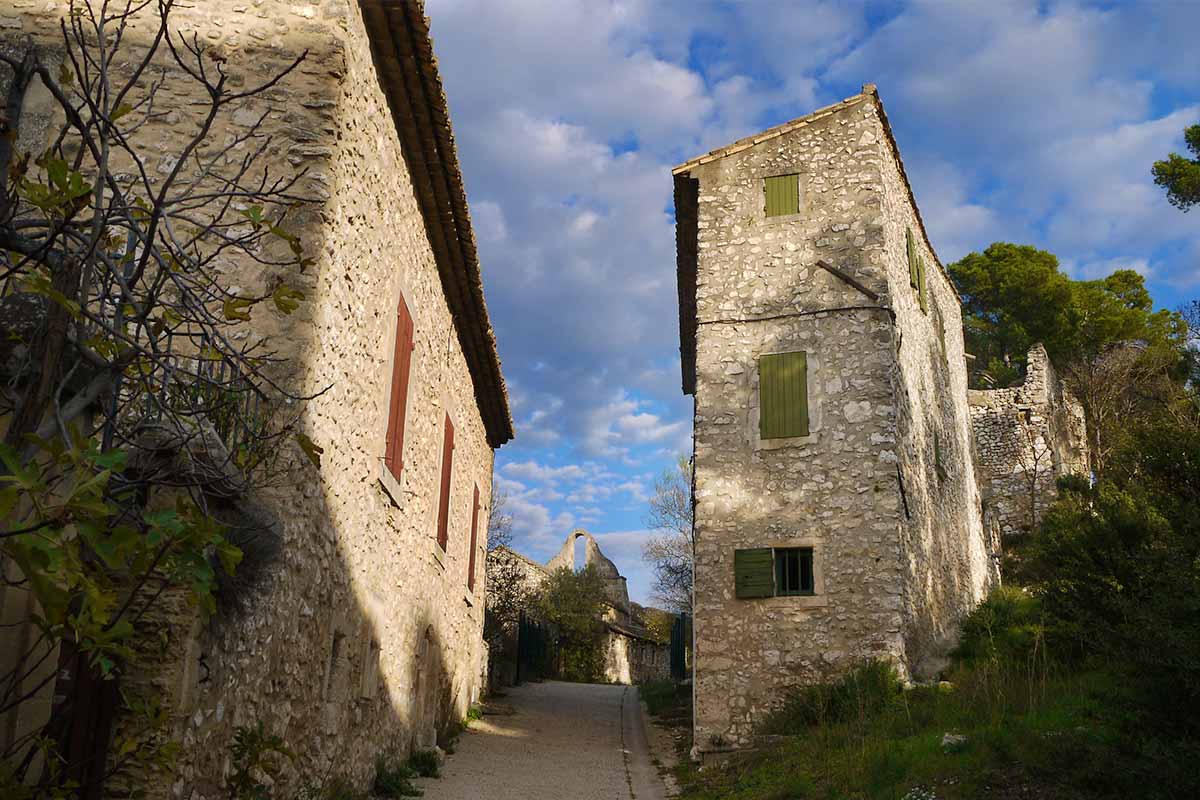 The old Eygalières exudes an atmosphere of timeless charm, a grace that has made it a resort sought after by personalities from the world of entertainment and show business. The most famous are Michel Drucker and Patrick Sabatier, television star presenters, actors Jean-Claude Brialy and Charlotte de Turckheim, Jean-Marc Thibault, Charles Aznavour, sportsman Alain Prost. The couple of international stars Brad Pitt and Angelica Jolie bought a farmhouse in the town. The arrival of new wealthy residents and soaring property prices have changed the social composition of the village. Not so long ago, a rural village, Eygalières opened up without denying its soul to a somewhat "select" holiday tourism, visitors enjoy its charm and the many walking and hiking trails in the Alpilles. 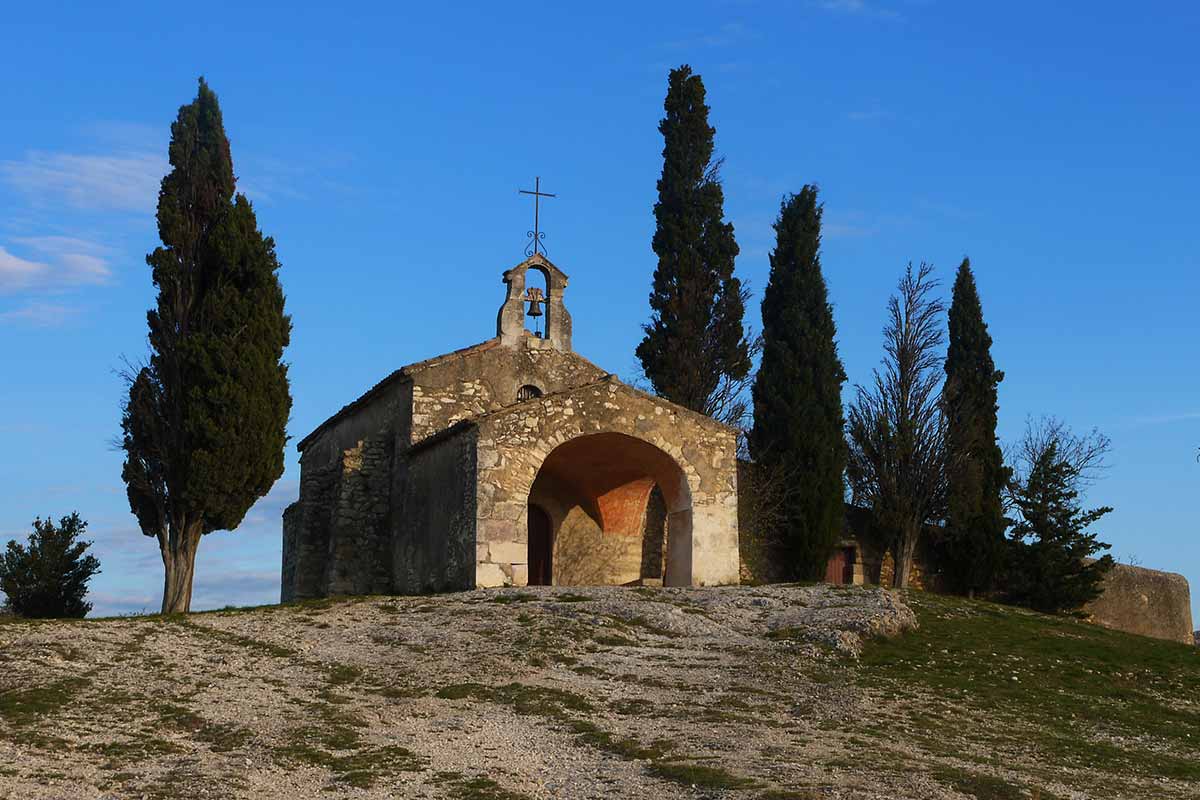 Two kilometres from Eygalières in the direction of Orgon, the chapelle Sainte-Sixte stands isolated on a rocky plateau. This modest 12th century Romanesque chapel, framed by cypresses and almond trees, is a small jewel of harmony and beauty. It is one of the most famous photos to represent Provence, which has illustrated many book covers, and one of the most popular postcards. The Sainte-Sixte chapel is a very old place of worship. It was built on the site of a Roman temple dedicated to Sylvanus, near the start of an aqueduct that collected water from a spring, and ran along the northern Alpilles to supply the city of Arles. The name Eygalières probably comes from the Latin Aqualeria which means "the place that collects water" in reference to the many springs around the village, some of which had the the reputation of healing. Since 1222, there has been a pilgrimage to the Chapel of Saint Sixtus every Tuesday of Easter.

The village Eygalières islocated in the Bouches du Rhône, in the Regional Natural Park of the Alpilles.