A provençal town along the Rhône river and its medieval Castle 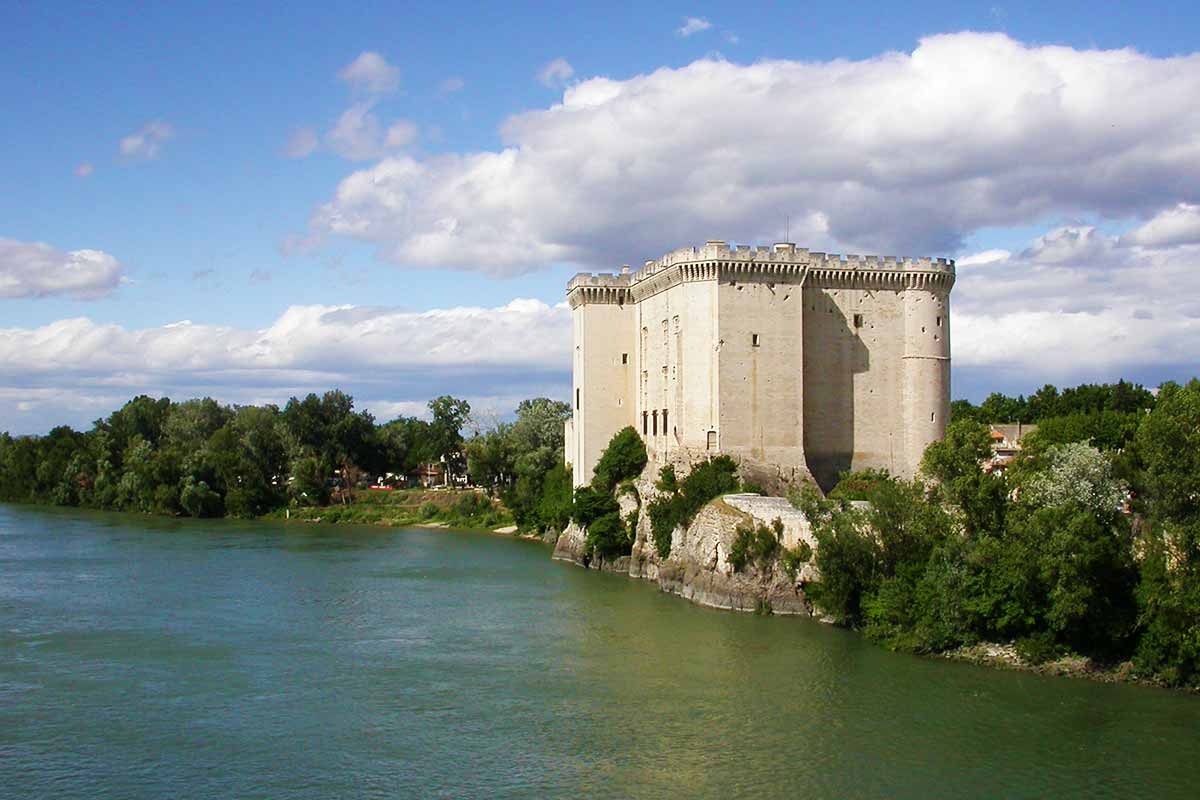 Tarascon, a provençal town and its medieval Castle

Tarascon, a provencal city along the Rhône river

Tarascon is a Provençal town, it lies on the right bank of the Rhone, between Avignon and Arles. A bridge er connects the city to Beaucaire, its sister city on the other side of the river, in the Languedoc.

Before the arrival of the Romans, Tarascon is a counter for the greeks of Marseille. At the early time of christianism, according to legend, St. Martha, sister of Mary Magdalene comes from Palestine and evangelizes Provence. The Tarasque, a amphibianmonster terrorized the inhabitants of the region. St. Marthe tames the beast, passes a leash around her neck, rendered her harmless but she was killed and put in piece by the inhabitants. St. Martha lived in Tarascon until her death, she is the saint patron of the city, an annual festival commemorates the unforgetable event, during which an animated Tarasque is transported into the city. The St. Martha church stands at the place where lived the Sainte. It housed the relics, found opportunely in 1187 after being hidden from a Saracen invasion two hundred years earlier. It was also one of themost famous places of pilgrimage of Provence and one of the most ancien, as Clovis was healed by the Holy Tarascon in the year 500. The Church is a royal college, it homes paintings by Mignard, offered by Anne of Austria, mother of Louis XIV, in gratitude: her prayers for a child were heard after passing by St. Martha Church. Tarascon inspired tales: the famous Tartarin is the hero of a novel by Alphonse Daudet, boastful and friendly, fearless caps hunte , whose imaginary and burlesque hunt of Atlas lions adventures have entertained generations of schoolchildren. The Tarascon inhabitants have offered to this imaginary hero a real home that is visited.

The town is dominated by the castle built by King Louis II and his son King René of Naples, count of Provence. The city has retained a medieval gate, the gate of the Condamine surrounded by two large round towers facing the road to Avignon. The town hall dates from the 17th century. 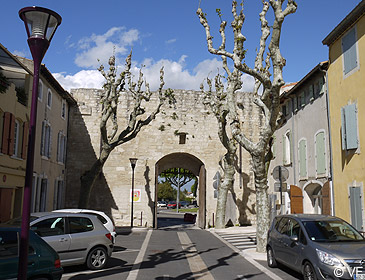 The Castle of Tarascon is one of the most beautiful medieval fortresses of France. This is the feudal castle par excellence, with high and massive round towers with battlements command respect and enforce power. The Count of Provence Louis II ordered its construction in 1400, his son René I, terminates it in 1437. The castle overlooks the Rhone and is rooted on a rock with the river bathing the base, while the deep moat isolate it from the city.

The profile and location of the Château de Tarascon have a military utility and political significance: the Rhone is an important trade route and a boundary - the Castle monitors access to Beaucaire, city of the King of France on the other side of the river. 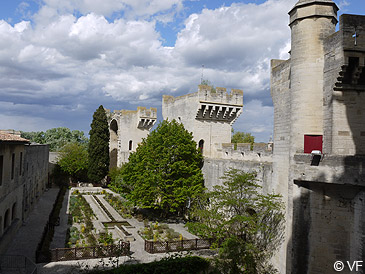 The castle is divided into two parts: the lower court to the north, which today is a garden, and the lordly residence away behind thick wall 45 feet high, pierced with gates protected by thick windows. The contrast is striking when one enters the courtyard of the castle, a place of life and carefully crafted party, which are arranged around the main rooms of the castle. The rooms are empty of original furniture and objects but you can imagine inside the castle's the rich court of René I, King of Sicily, Count of Anjou and Provence, himself a writer, philanthropist and art amateur foreshadowing the princes of the Italian Renaissance. Large reception rooms are located in the part of the castle overlooking the river. Most of the other venues are rooms. 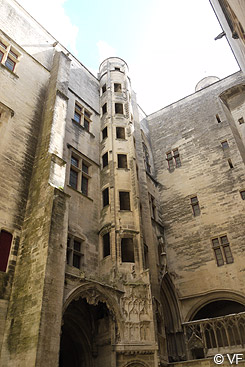 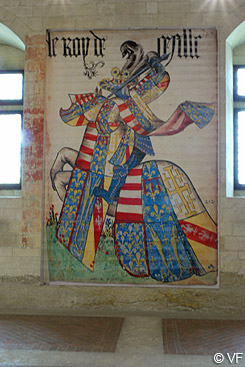 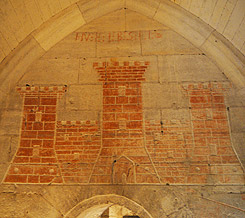 Some rooms are covered with beautiful graffiti: from the 15th century: up to 1926 the castle was used as a prison. Captive Catalan or English sailors left on the walls superb achievements.

On the upper terrace of the castle with beautiful views over the valley of the Rhone, Beaucaire and the Alpilles. 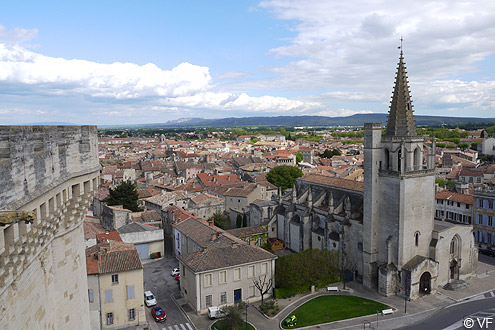 Photos of Tarascon and its castle Château : slideshow

The town of Tarascon is located in the department of Bouches du Rhone, between Avignon and Arles, near the Alpilles, near the Pont du Gard.