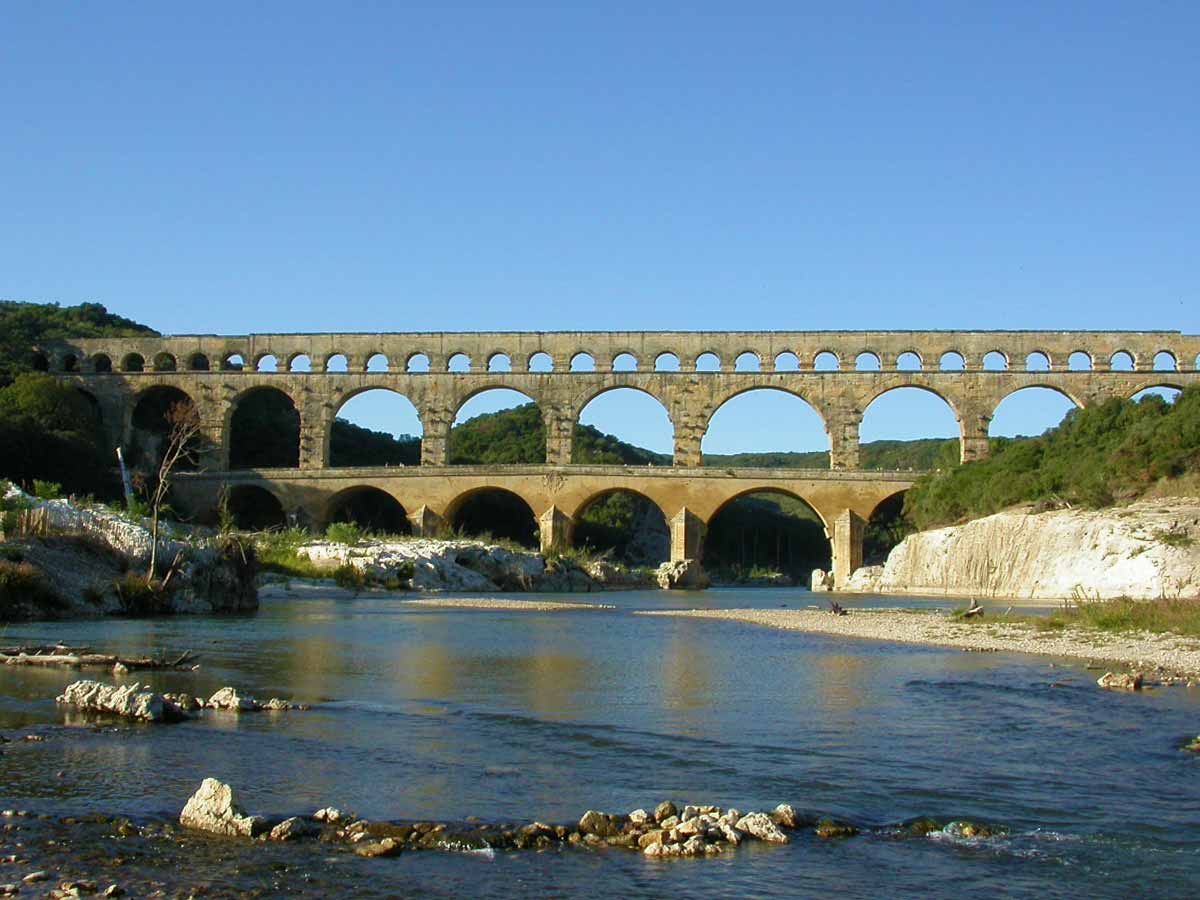 The Pont du Gard is one of the most famous monuments in France. This ancient masterpiece of elegance and engineering is the most visible and spectacular masterpiece of a fifty-kilometre long aqueduct intended to supply the city of NĂ®mes. It was not intended to facilitate the passage of people and animals from one bank of the Gardon to the other. The superior technical mastery of the Roman engineers is still astonnishing, for two millennia, the Pont du Gard has been admired by men.

The Pont du Gard is made up of three rows of superposed arches. The first row has six arches, is 142 metres long, 6 metres wide and 22 metres high. The arches are wide, and the pillars are equipped with a forebay to effectively resist the river's flooding. Some blocks weigh more than six tons. We notice the holes and the projecting blocks on the walls: they supported the scaffolding. It supports the second row of arches as large but less thick (four metres): eleven arches over a length of 242 metres and a height of 20 metres. The third row, seven metres high and three metres thick, has 35 arches over a length of 275 metres. It supports the canal where the water flowed, 49 metres above the river that flows to the bottom of the gorges. The Pont du Gard was built around 50 A.D., the duration of the work is estimated at two to three years, and the number of workers present on the site is estimated at about a thousand. In the 17th century, a road bridge was added to it on the downstream side to allow wider vehicles to pass through. 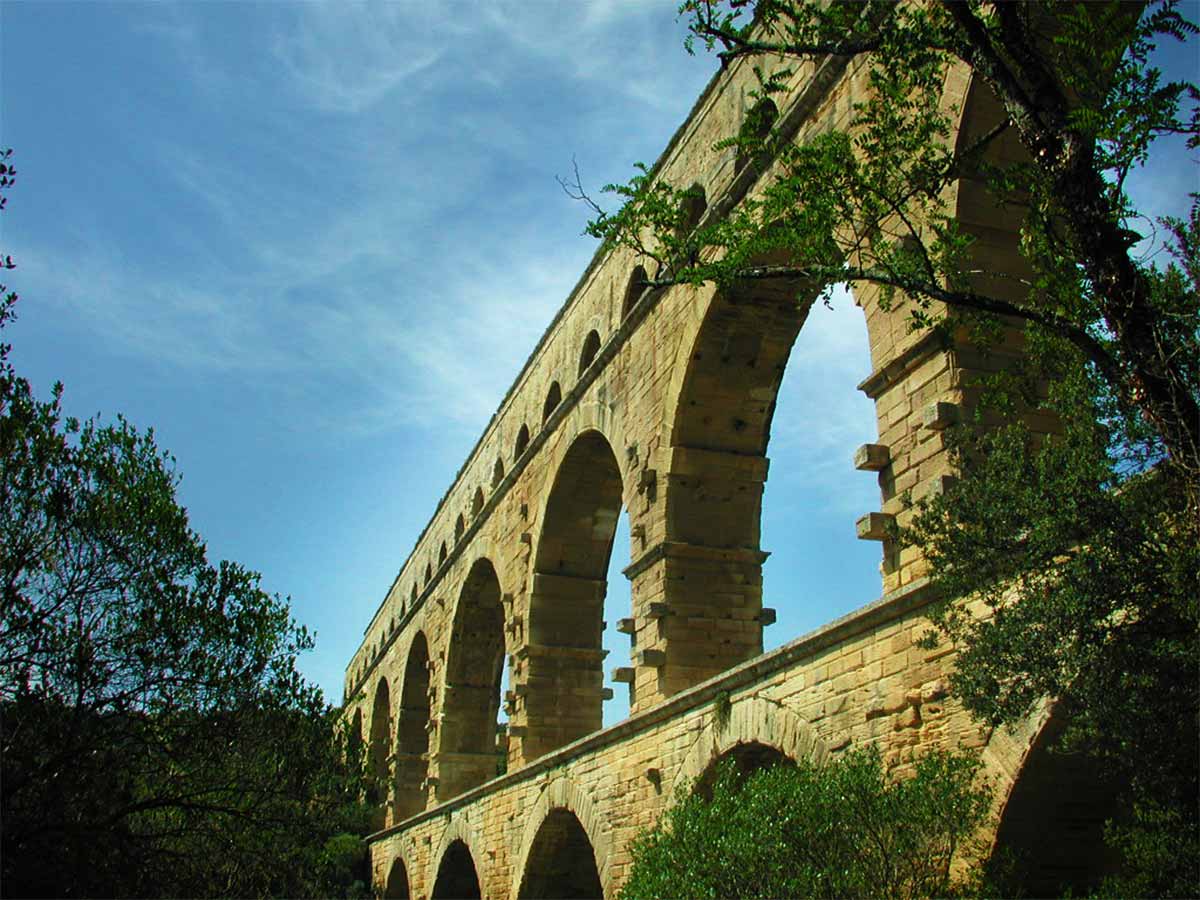 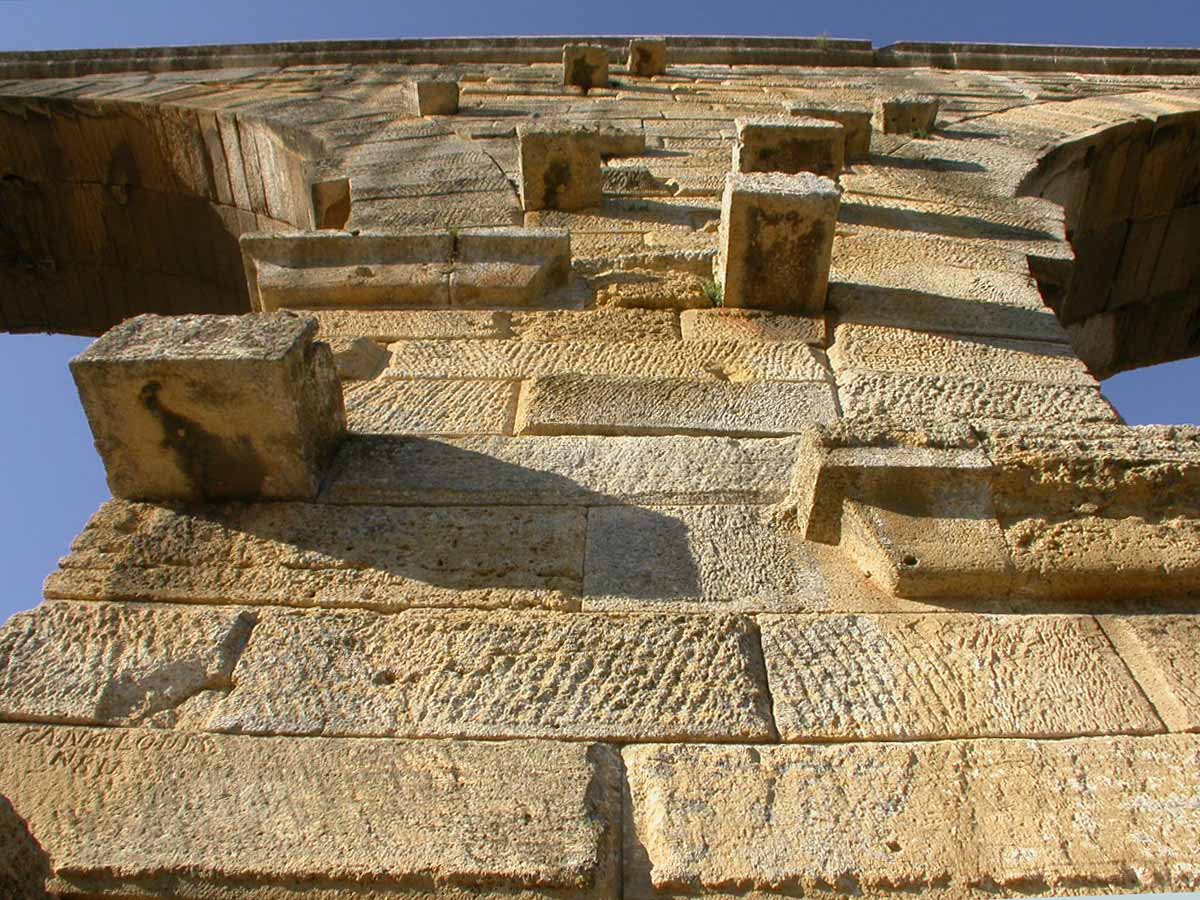 The inhabitants of NĂ®mes financed the construction of the Pont du Gard, the Roman city was prosperous and dynamic enough to finance a project of a pharaonic dimension. It was the highest water bridge in the Roman world and the pride of the city's inhabitants. The aqueducts were then among the most expensive and symbolic buildings that could be built in Roman cities, and they contributed to the prestige and reputation of the city.

Classified by UNESCO as a World Heritage Site, the Pont du Gard is now one of the most visited monuments in France, with one and a half million Cgaque visitors a year. At the end of the 1990s, the natural site was developed to welcome visitors and preserve the magnificent environment degraded by mass tourism. A museum provides an insight into the historical context and challenges of the construction of the Pont du Gard.

In summer, you can also swim in the Gardon, the river that flows under the arches of the Pont du Gard, or you can discover the site by canoe from the village of Collias. The Gardon is subject to flash floods during CĂ©vennes episodes, the water level rises sharply and can become a devastating torrent, as during the floods of 8 and 9 September 2002, which killed 22 people in the region. The water level under the bridge rose by 20 metres, about three-quarters of the height of the arches, without damaging the building.

Nîmes (Nemausus) is in the 1st century AD one of the most prosperous city in Roman Gaul. The Emperor Augustus granted the former capital of the Gallic tribe of Volques the privileged status of Roman colony. Yet important source of water "Jardins de la Fontaine" no longer sufficient for the needs of the inhabitants. A Roman city is consuming water must feed the baths, public baths and those of wealthy citizens, public and private fountains. The leaders of the Roman city of Nimes decided to build an aqueduct to supply water to their city and they opt to collect water from the fountain of Eure near Uzes and send it to their city. 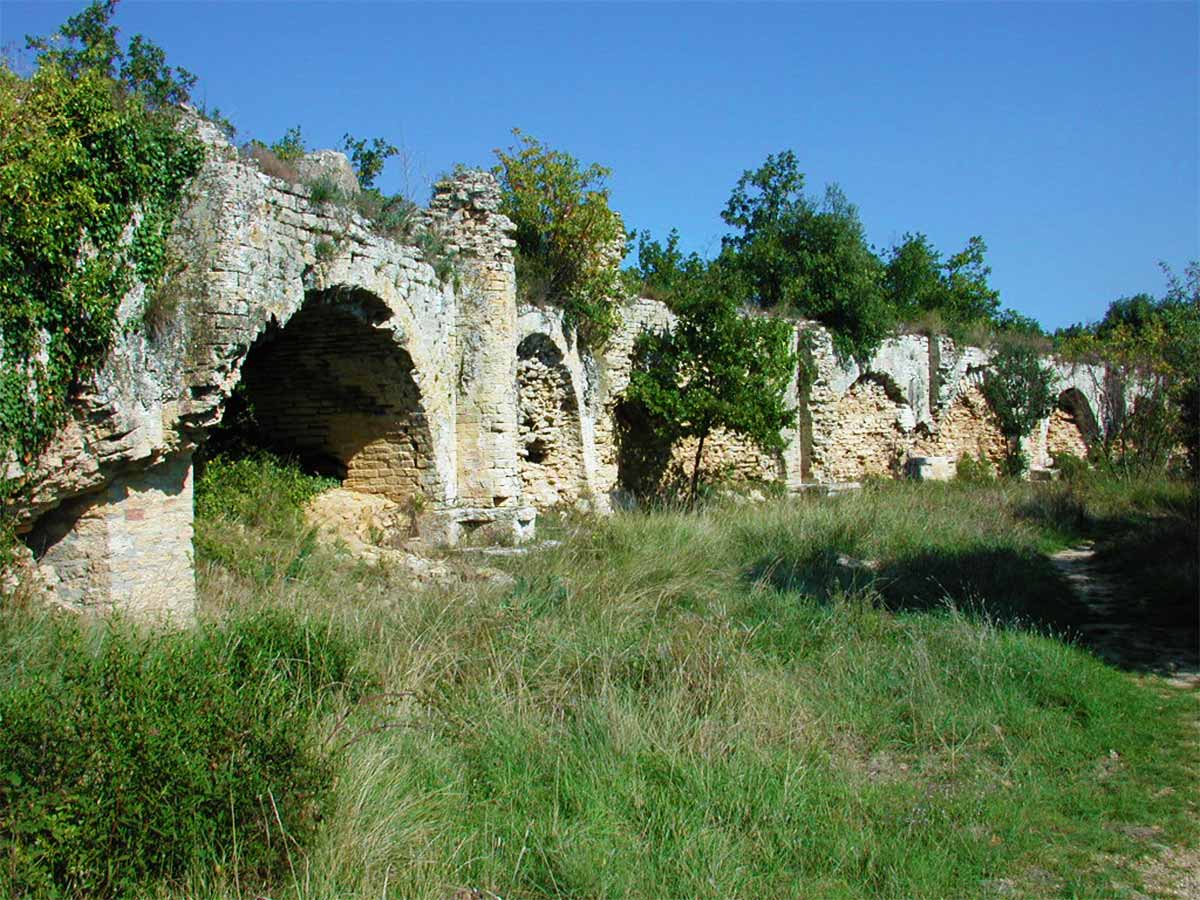 The aqueduct winds in the Provencal garrigue about fifty kilometers. The water flowing by gravity, it follows the curve of the field level but must cross the valleys, hills, and the Gardon gorges. The difference in altitude between the start and finish is only 12, 6 meters with an average grade of 24.8 cm per km or 0.00025%! The accuracy of the Roman builders is astounding. The flow of water running water per day is estimated at 40,000 cubic meters on average. 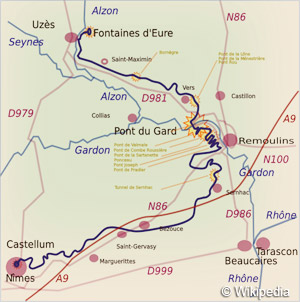 There are remnants of the aqueduct, from the fountain of Eure in Uzes, the Pont de Saint Maximin Bornègre and several bridges, arches and concretions between the village of Vers and the Pont du Gard which can order a nice walk, the bridge of the VallĂ©e de Sarnette near Remoulins and two tunnels north of Sernhac. The arrival of the aqueduct is still visible in Nimes.

The aqueduct ran for six century, it was the subject of constant and costly repairs. Water left several inches of limestone deposit in the channel, up to 50 cm in places, and large concretions formed during subsequent catchments can be seen.

The aqueduct was finally abandoned in the 6th century, its stones were reused in the construction of houses and Romanesque churches in the Middle Ages.

Visit of the Pont du Gard in photos : slideshow

Information and Accommodation near the Pont du Gard 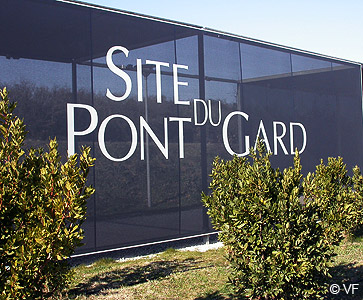