Provencal village near Avignon and the Alpilles - the Auguste Chabaud Museum

Halfway between Avignon and Saint-Rémy de Provence, in the plain between the Montagnette and the Alpilles mountains, Graveson is a dynamic Provencal village with almost 5000 inhabitants. In the centre of the village, a shaded canal of plane trees runs along the National Cours where spread cafés and restaurants, the canal is called the Roubine des Moulins, it was painted by Auguste Chabaud. At the end of the canal, the statue of the Virgin Mary protects the people of Graveson

Graveson has a Roman origin, the Celto-Ligurian populations who occupied the area before had built an oppidum, the Oppidum de la Roque, on the neighbouring heights of the Montagnette. The plain was marshy, frequently flooded by the floods of the Durance. Graveson appears in the archives in the 9th century, ramparts are built, the church of the Nativity of Mary whose bell tower emerges above the roofs of the village was built in the 12th century. The current church has kept its original Romanesque choir, while the nave and bays were rebuilt in the 19th century.

Graveson is a lively village, the festival of the Charette de la Saint-Eloi punctuate the life of the village, Graveson has a bullfighting culture with arenas. The surrounding agricultural lands produce under the Provence sun primeurs of excellent quality, and a farmers' market of local producers is held in season on Friday in the late afternoon.

Auguste Chabaud, painter of the Provence

Graveson hosted a great 20th century painter, Auguste Chabaud (1882-1955). He was born in Nîmes to a Protestant family of industrial tanners, and spent his childhood vacation in Graveson. He moved to Paris in 1899 where he met the avant-garde artists including Matisse and Derain, and his works were part of the artistic movement of fauves and expressionists. On the eve of the First World War, it was a renowned painter who exhibited his works alongside Picasso. Upon his return from the Great War, he left Paris, and returned to Graveson, where he married in 1921 and founded a family of eight children. He will not stop painting his village and the surrounding landscapes, the Montagnette and the Alpilles. Leaving the capital was considered by his contemporaries as a damaging exile for his career. But it is a choice he has made. He declares, referring to Cézanne:
"The great buggers are those who, through the regional, rise to the national level, through the national to the human level and through the human level to the eternal". Auguste Chabaud's work expresses his deep love of Provence and a mystical sensitivity gives his paintings a rare power. He also wrote poems. The "Graveson hermit" died in 1955, leaving behind him a remarkable work of art.

The Auguste Chabaud Museum, created in 1992 in Graveson, presents an exceptional permanent collection of his works that is truly worth a visit.

Practical information and accommodation in Graveson 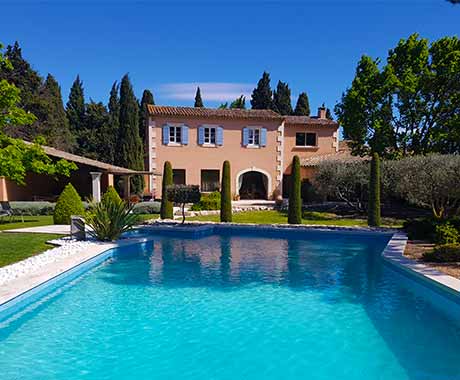 Selection of guest houses near Graveson on the portal of the "Chambres d'hôtes" in Provence.

What to do and see in Graveson :