Pernes les Fontaines, nicknamed "Pearl of the Comtat", is a pretty Provençal town located at the foot of the Mont du Vaucluse facing Mont Ventoux, between Carpentras and Isle sur la Sorgue. It is crossed by the Nesque, a river with an irregular flow from the Vaucluse plateau through a spectacular canyon that flows through the Sorgues region.

Pernes was the capital of the Comtat Venaissin in the Middle Ages, from 1274 to 1320 before this status was transfered in Carpentras. Since 1936, Pernes has completed its name in Pernes-les-Fontaines. Springs abound in the surroundings, and since the 17th century fountains, then an external sign of wealth, have multiplied in the city. There are nearly 40 public fountains spread throughout the city streets, 120 of which include private fountains. 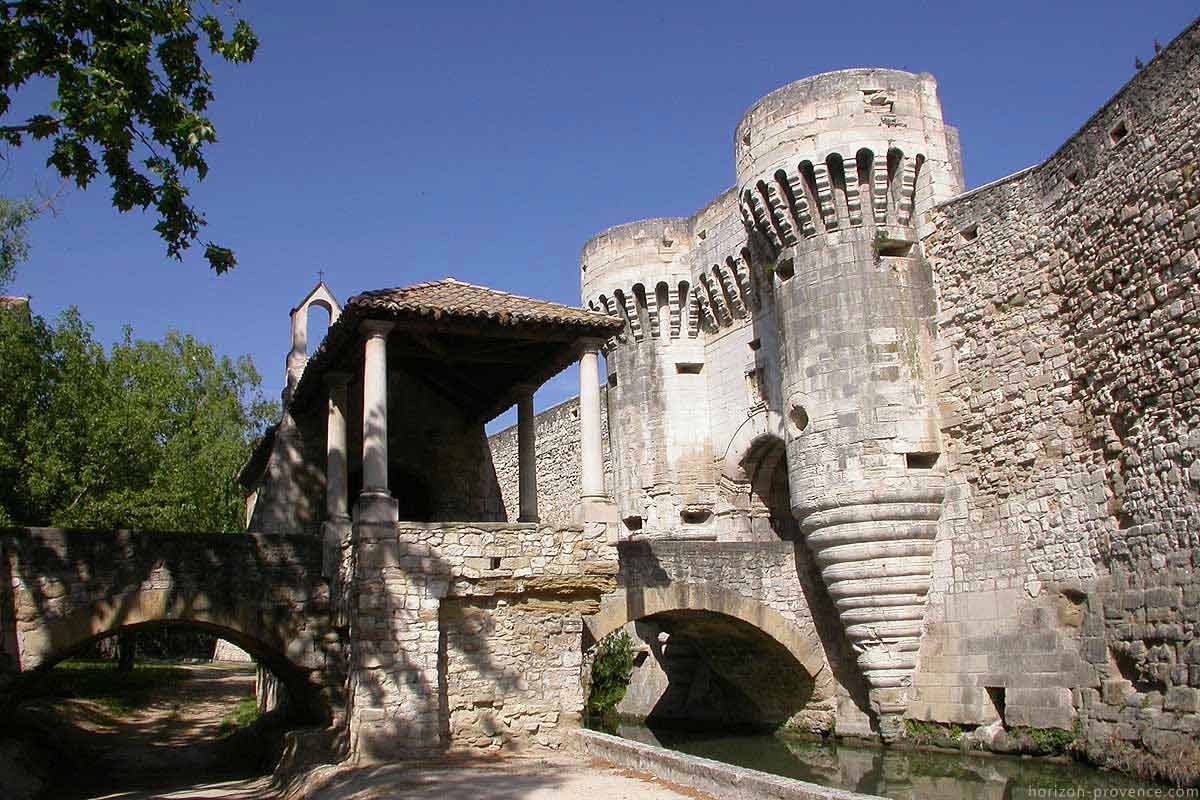 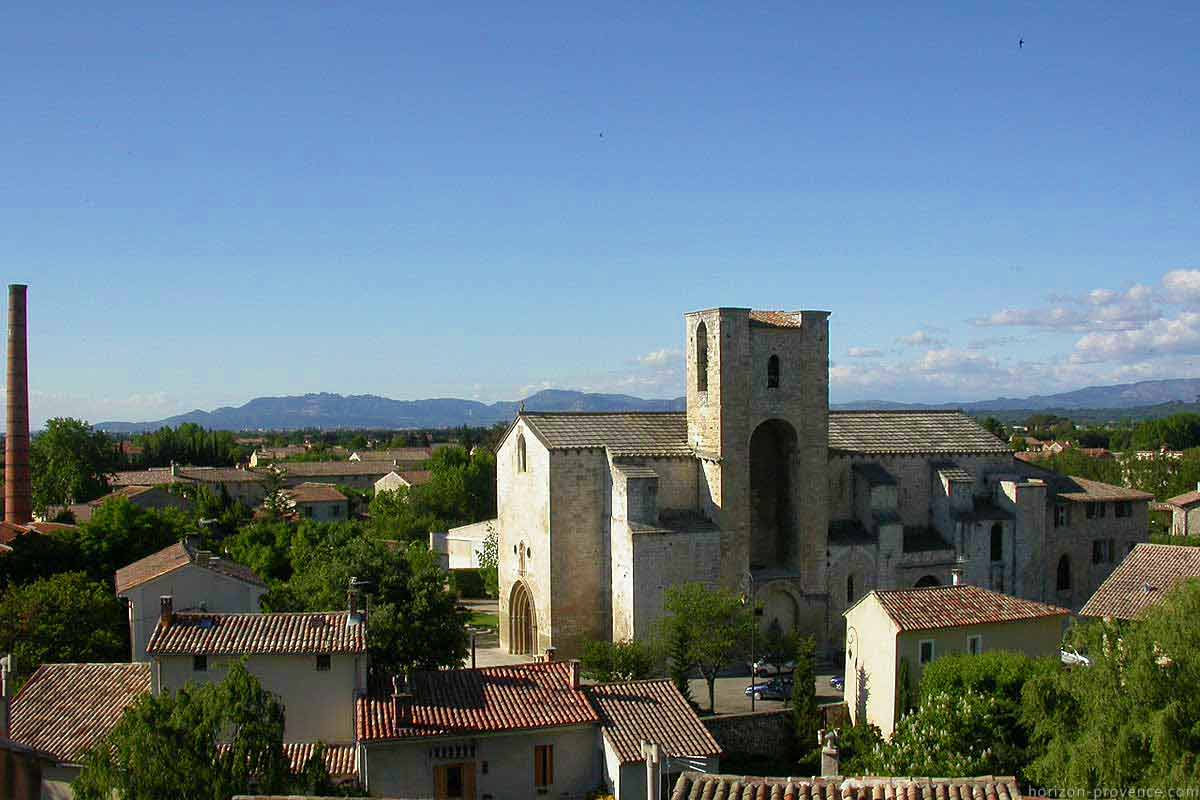 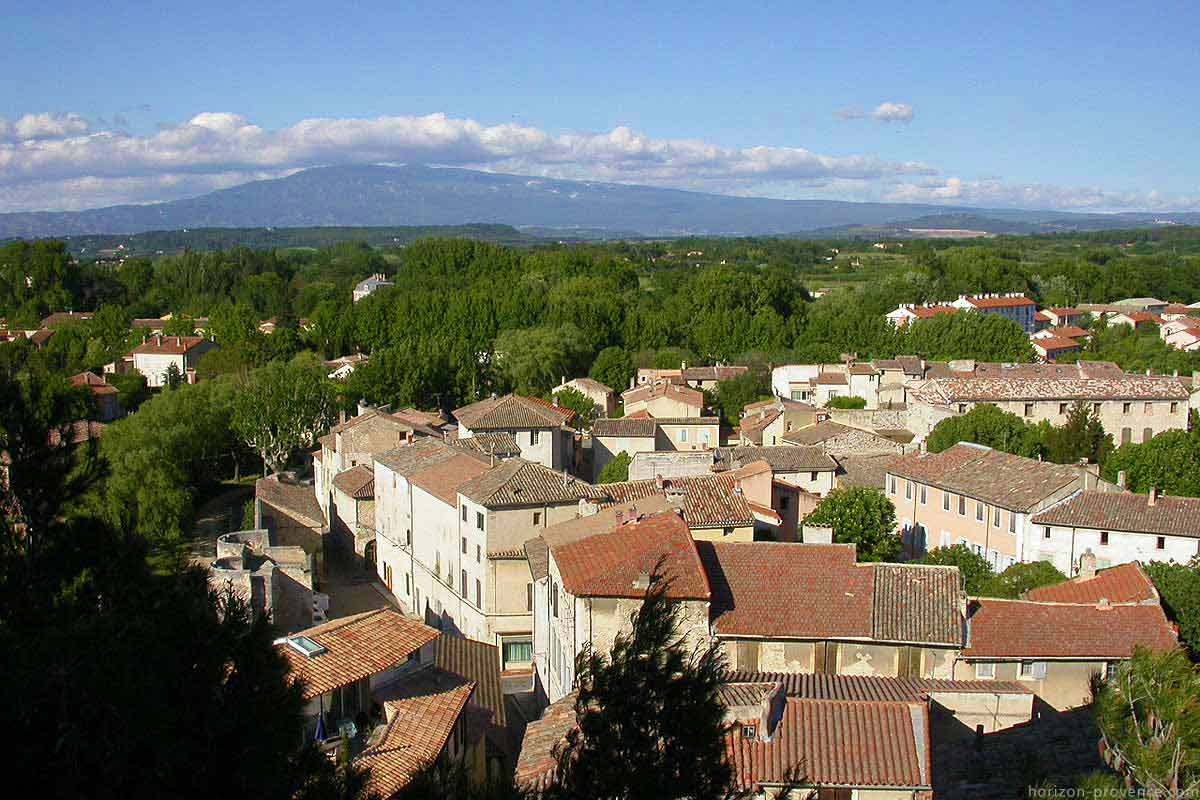 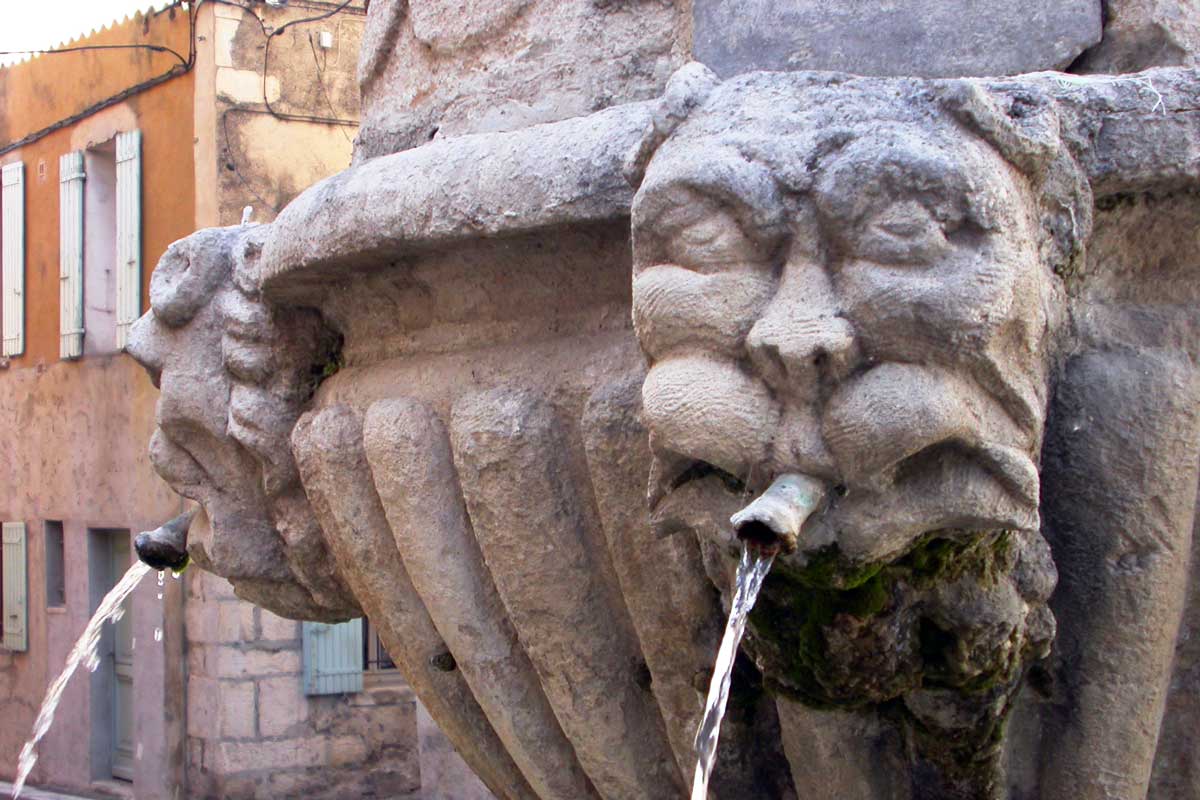 A small, active Provençal town, Pernes-les-Fontaines would nevertheless gladly be called a large village, as it keeps alive the art of living of Provence in its aspect and its remarkable heritage. Three well preserved medieval gates allowed the entrance to the old town of Pernes. The Porte de Villeneuve flanked by two large round towers with machicolations is the most massive, but the most admirable is the Porte Notre-Dame flanked by two half-round turrets, and a 17th century bridge - formerly a levered bridge - over the Nesque. The ramparts were built only in the 14th century and left the parish church of Our Lady of Nazareth outside their perimeter, which is located opposite the gate on the other bank of the Nesque. It dates from the 12th century but was reworked in the 14th century probably damaged after a siege. 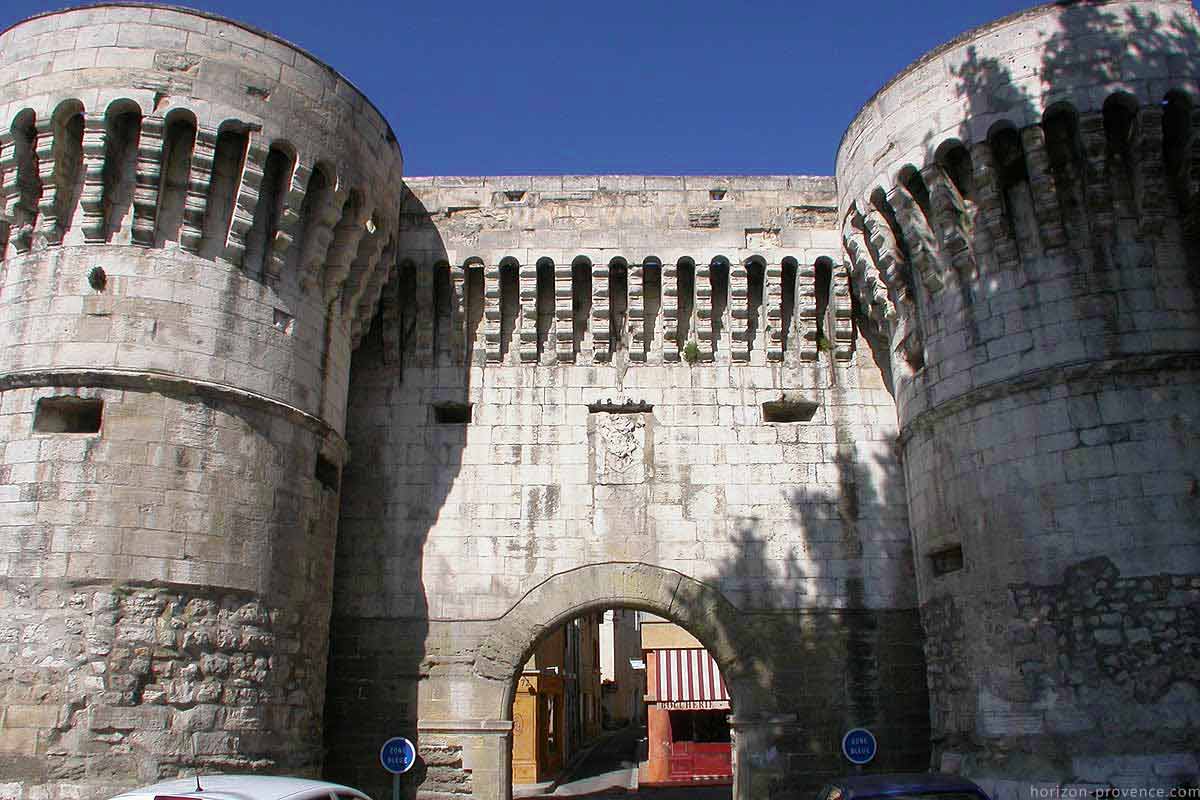 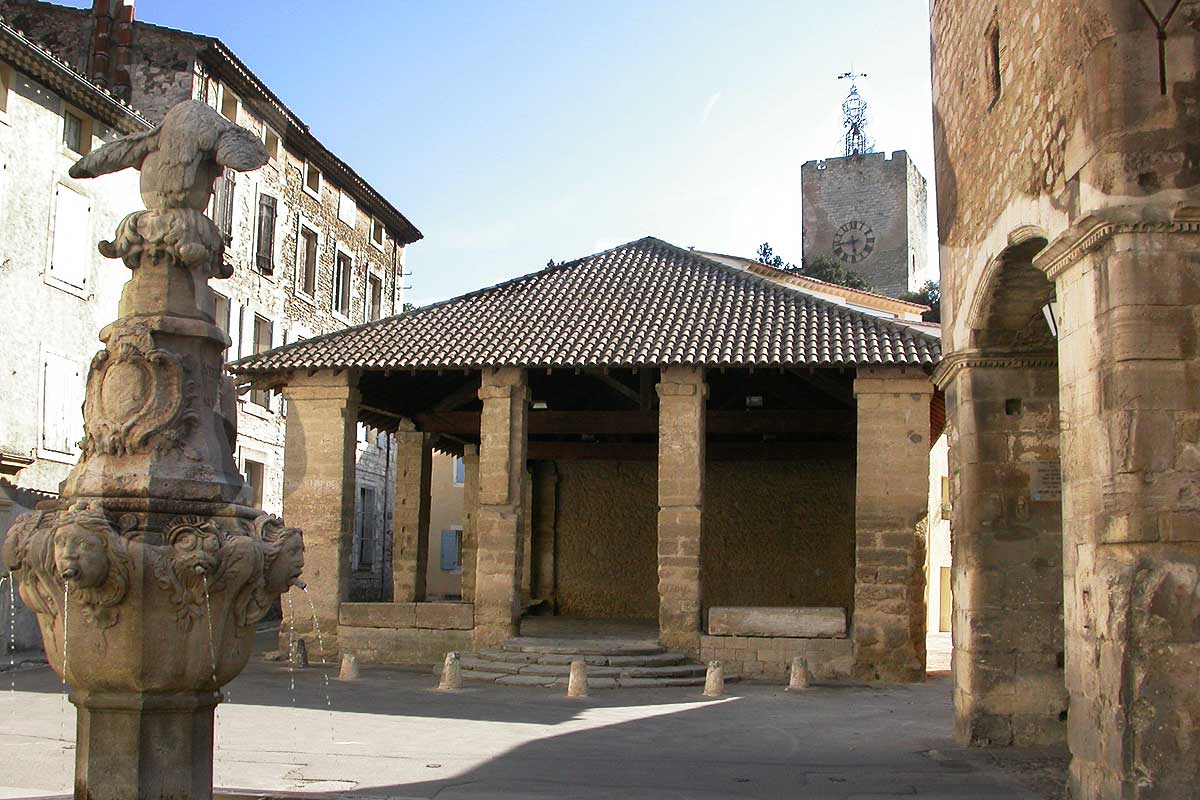 The narrow and winding streets of the old town, the ochre facades, the elaborate doors are typical of the atmosphere of the villages of Provence. The tourist office offers a walking tour, the "Circuit des Fontaines", which allows you to discover the city. The fountains with their curious mascarons brighten up the walk in the old town. It is strongly recommended to climb the calade and stairs that lead to the Clock Tower (Tour de l'Horloge), a square keep topped by an elegant wrought-iron bell tower. It is the keep of the castle of the Counts of Toulouse, built in the 11th century. The green plain of the Comtat Venaissin stretches from Pernes to Carpentras, bounded on the horizon by the Dentelles de Montmirail and Mont Ventoux. 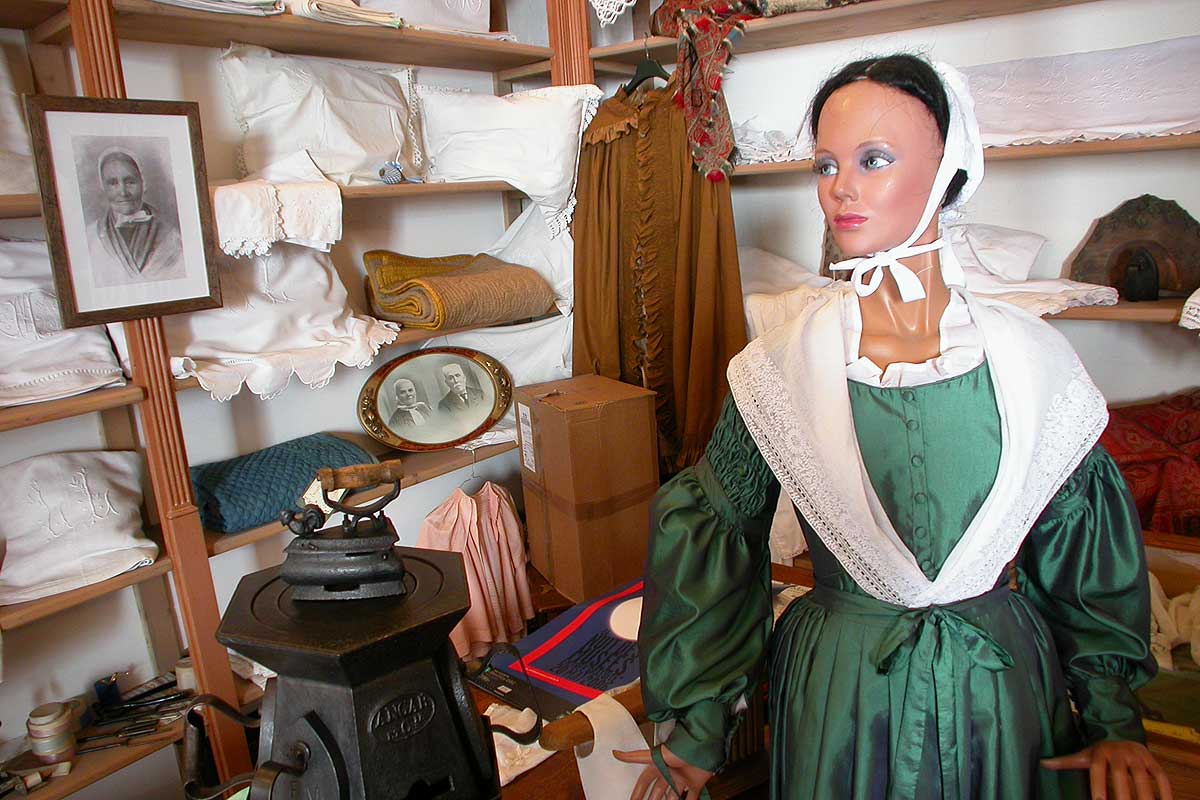 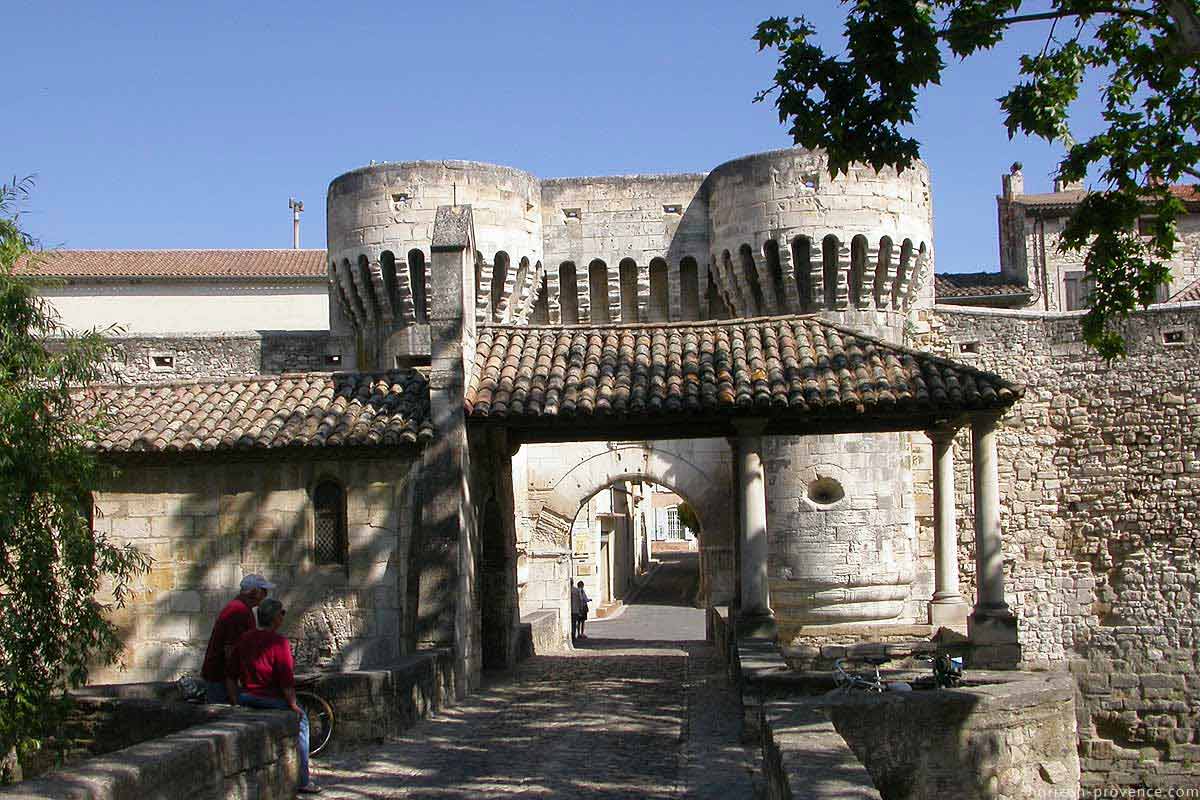 The "Pernois", as the inhabitants of Pernes les Fontaines are known, make a remarkable effort to enhance their history and heritage. The Ferrande Tower houses superb medieval frescos. The Maison Fléchier was the birthplace of Auguste Fléchier, a famous speaker and preacher at the court of Louis XIV and a member of the Académie française. This 17th century mansion house houses a museum of Comtadine traditions. The shop of a cloth maker, preserved in its original state since the beginning of the 20th century, where the Pernois exhibit the traditional clothes worn by their grandparents.

The Ferrande Tower, a medieval tower in the old town of Pernes les Fontaines. On the third and last floor, 13th century frescoes cover the walls of the room. They are of great beauty and have come to us in an exceptional state of conservation. It is a real comic strip that illustrates the conquest of the Kingdom of Naples and Sicily by the Count of Provence Charles of Anjou. With the support of the Pope, Charles, brother of Saint Louis, established by his victories, the Angevin domination in Italy and the Mediterranean. 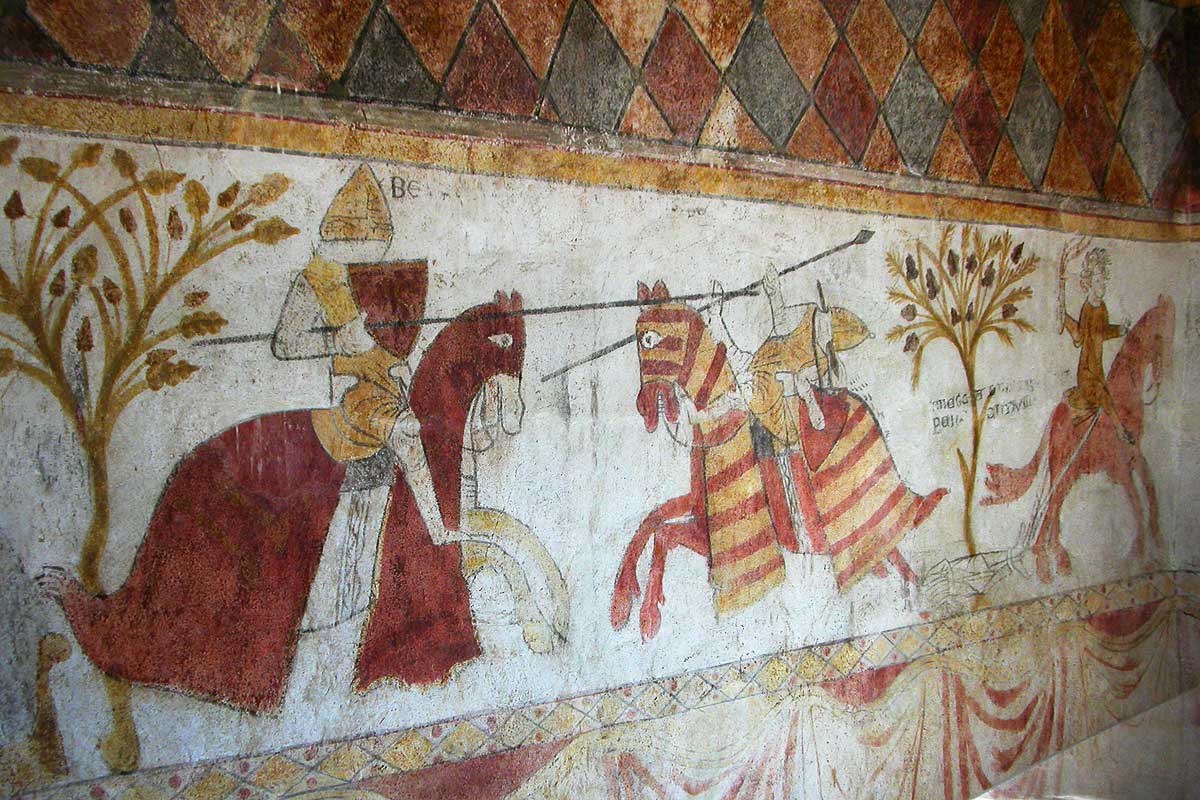 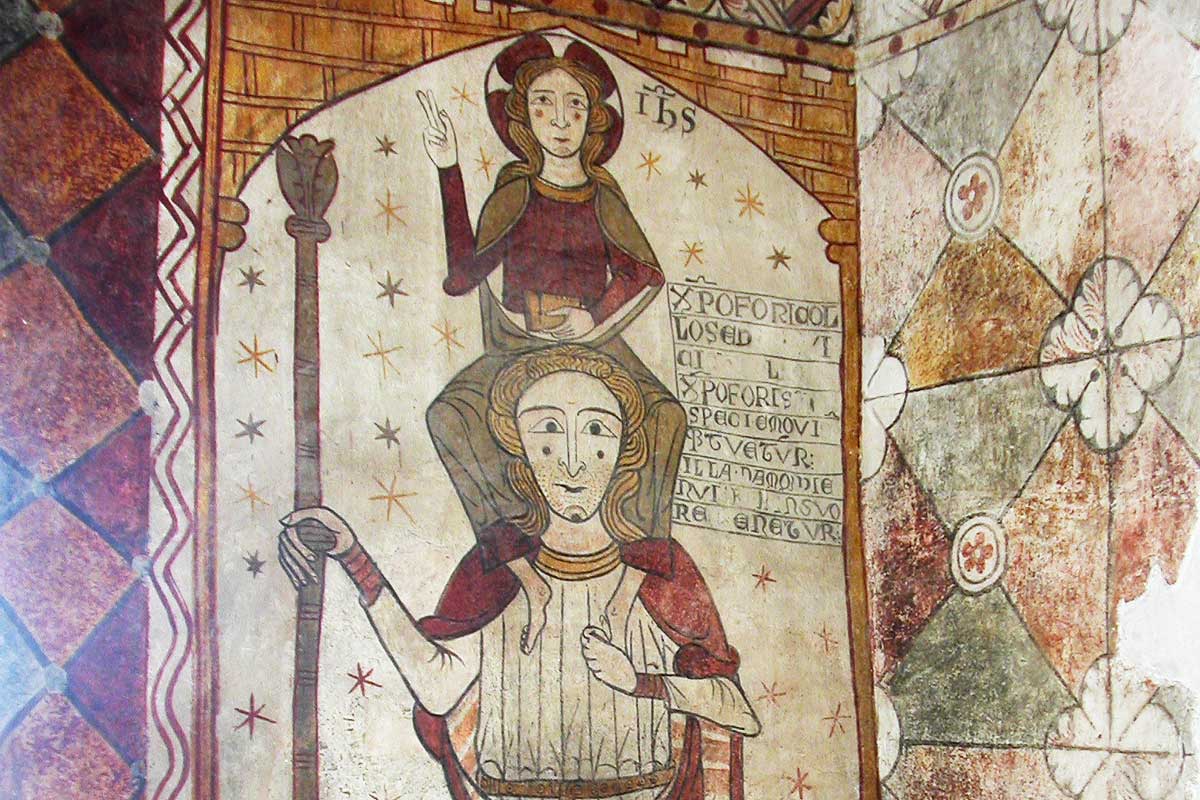 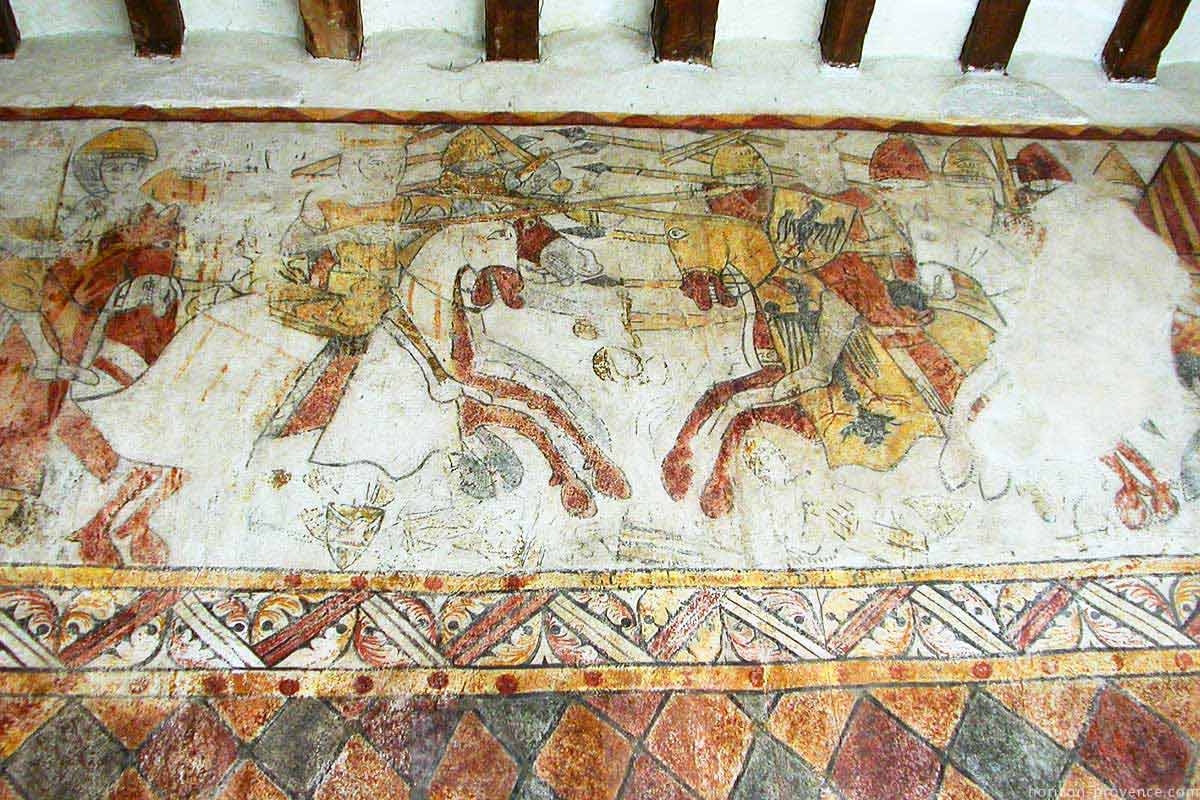 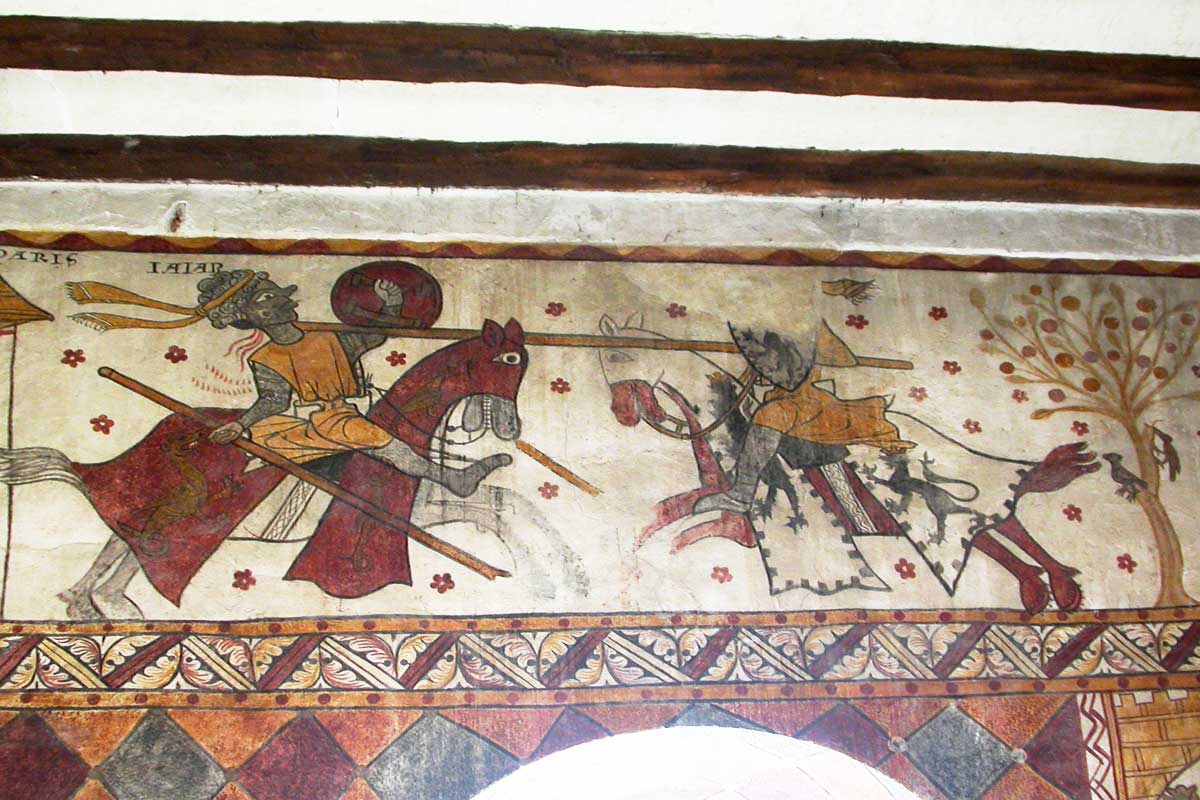 The ochre colours remained very vivid, the battle scenes surprisingly precise. The frescoes in the Ferrande Tower in Pernes are reminiscent of the famous Bayeux tapestry, which similarly tells the story of William the Conqueror's conquest of England. The Ferrande Tower served as a library and meeting place. Possession of the hospital knights, it was most probably built by Barral des Baux, a companion of Charles d'Anjou, and the frescoes made for the wedding of his son Bertrand. More known to specialists than to the general public, the medieval frescoes of the Ferrande Tower are now accessible to the greatest number of people and the visit is really worth a visit. They are organized by the Tourist Office, ask before your arrival, a guide will accompany you.

Les Valayans is a hamlet located in the commune of Pernes in the Comtat plain. Once a marshy and unhealthy territory, in the 17th century the first occupants undertook to dig canals to drain water, thus generating a rich and fertile land on which farmers built farms. With the culture of the Garance in the 19th century, the hamlet became prosperous, so much so that the inhabitants decided to contribute to build a church dedicated in 1855 to Notre-Dame-de-l'Immaculé Conception. 1875 the inhabitants commissioned the painter Charles Barbentan to decorate the interior of their church. Today it is a heritage treasure that really deserves a visit, listed in the inventory of historical monuments, it is the only painted church in the department of Vaucluse.

Practical information and accommodation in Pernes and nearby

Beautiful bed and breakfast in the countryside between Pernes and Avignon. A very nice place to discover. 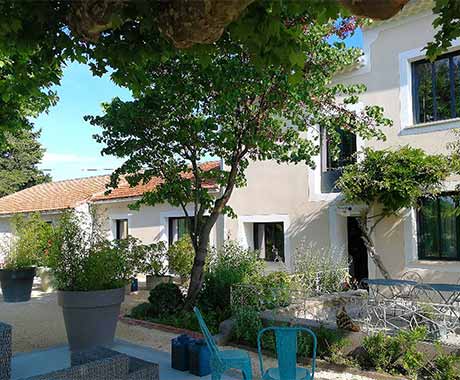 Charming guest rooms in a reovated farmhouse, 10 km from Pernes. 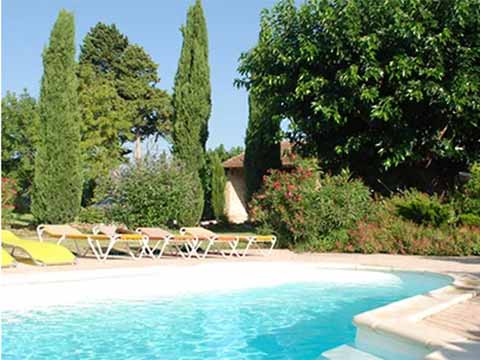 Charming B&B in the provencal countryside in Althen-les-Paluds at 10 km from Pernes and Avignon.