Ménerbes, picturesque village of the Luberon where Peter Mayle spent "One year in Provence" 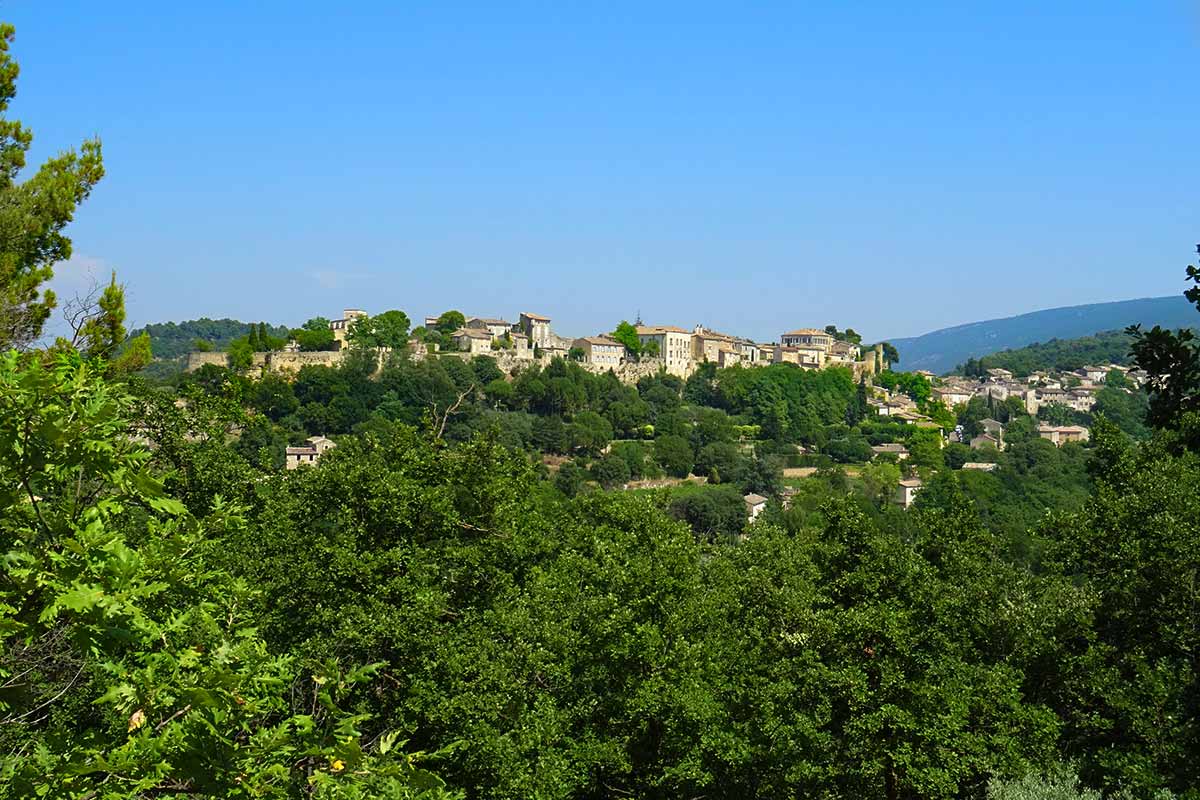 Visite Ménerbes, village in the Luberon;

Ménerbes is located on the northern slope of the Luberon, the village stands at the top of a long and narrow rocky spur emerging at the foot of the massif. The slender shape of the village perched on its height inevitably reminds us of a large immobile stone vessel, stranded above the Calavon valley.

Ménerbes is classified among the most beautiful villages in France. Seduced by the pictorial beauty of the village and the light of Provence and the landscapes of the Luberon, 20th century painters frequented Ménerbes, some resided there and they are for many in the reputation of the village. The most famous are Picasso, Nicolas de Stael. 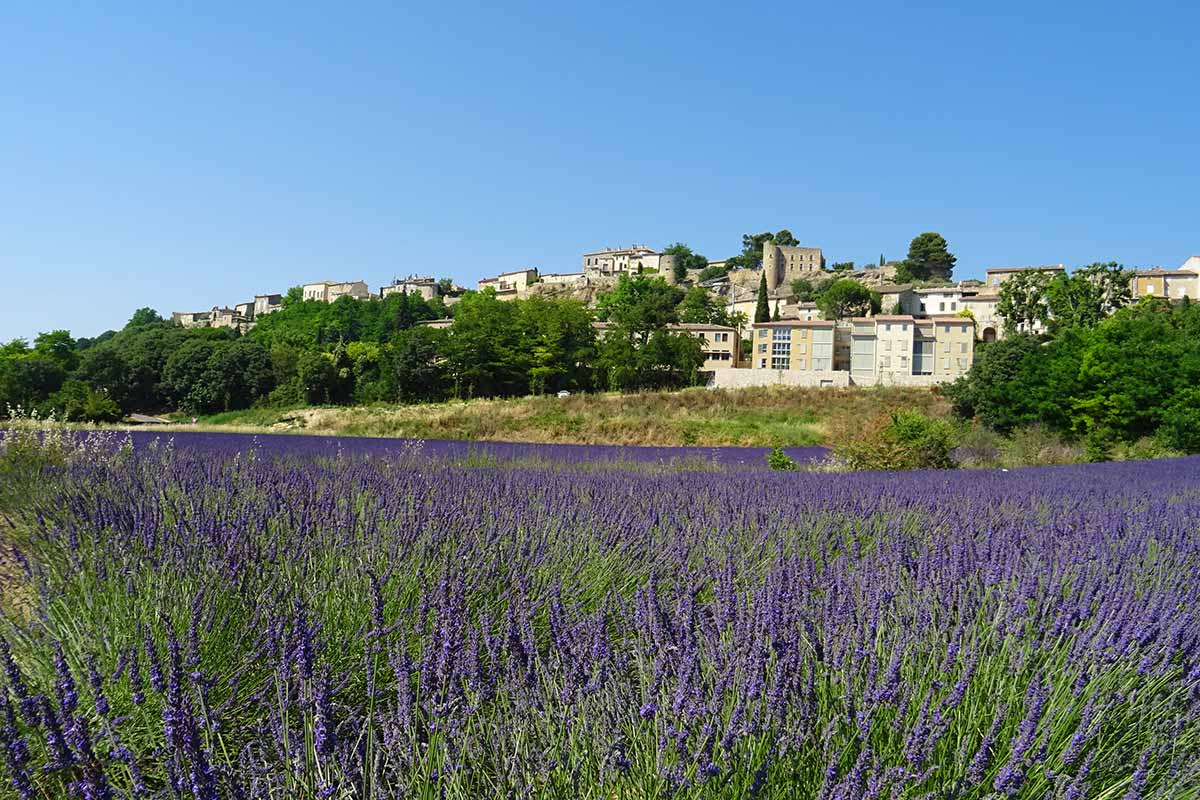 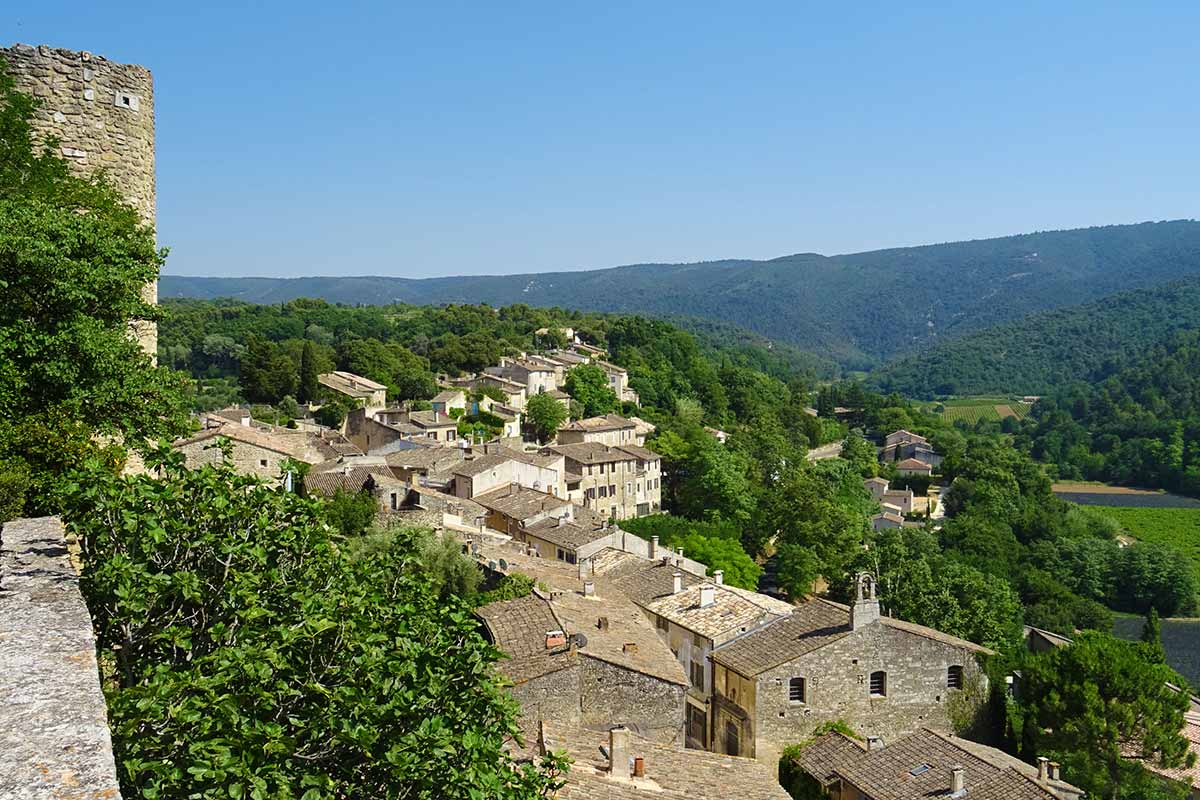 Ménerbes is one of the most famous perched villages in the Luberon. Its visitors enjoy its unique charm, and they can also taste the wines of the "Luberon" appellation and the products of its terroir.

The village was once protected by ramparts, of which there are still the remains of round towers, two fortified gates and the belfry topped by its bell tower, now the Clock Tower.

Faithful to the Pope at the beginning of the Menerb Wars of Religion, he was taken by the Huguenots in 1573. The Protestant stronghold which supported a five-year siege, the defenders leaving the city only in December 1578 with their weapons and honours. Well defended, the old castle, bristling with battlements, proved to be an impregnable fortress. Transformed today into a peaceful home, it has kept its corner towers. 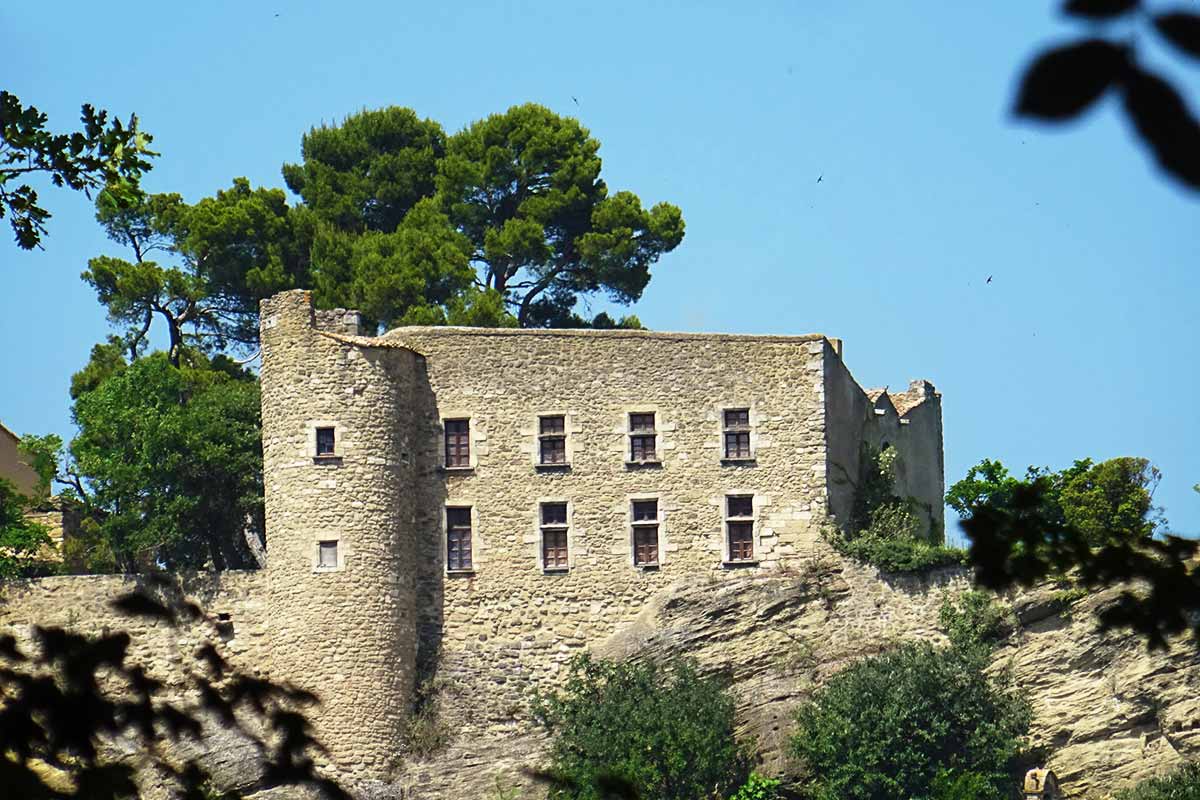 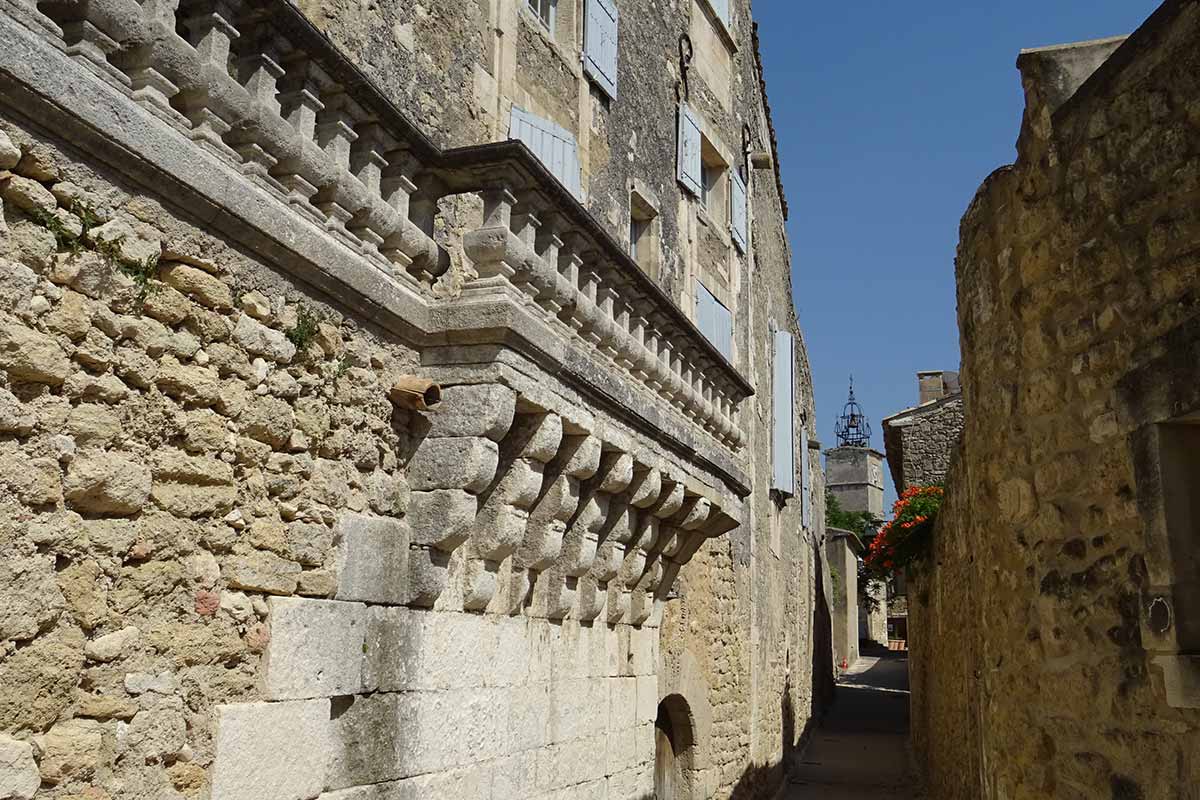 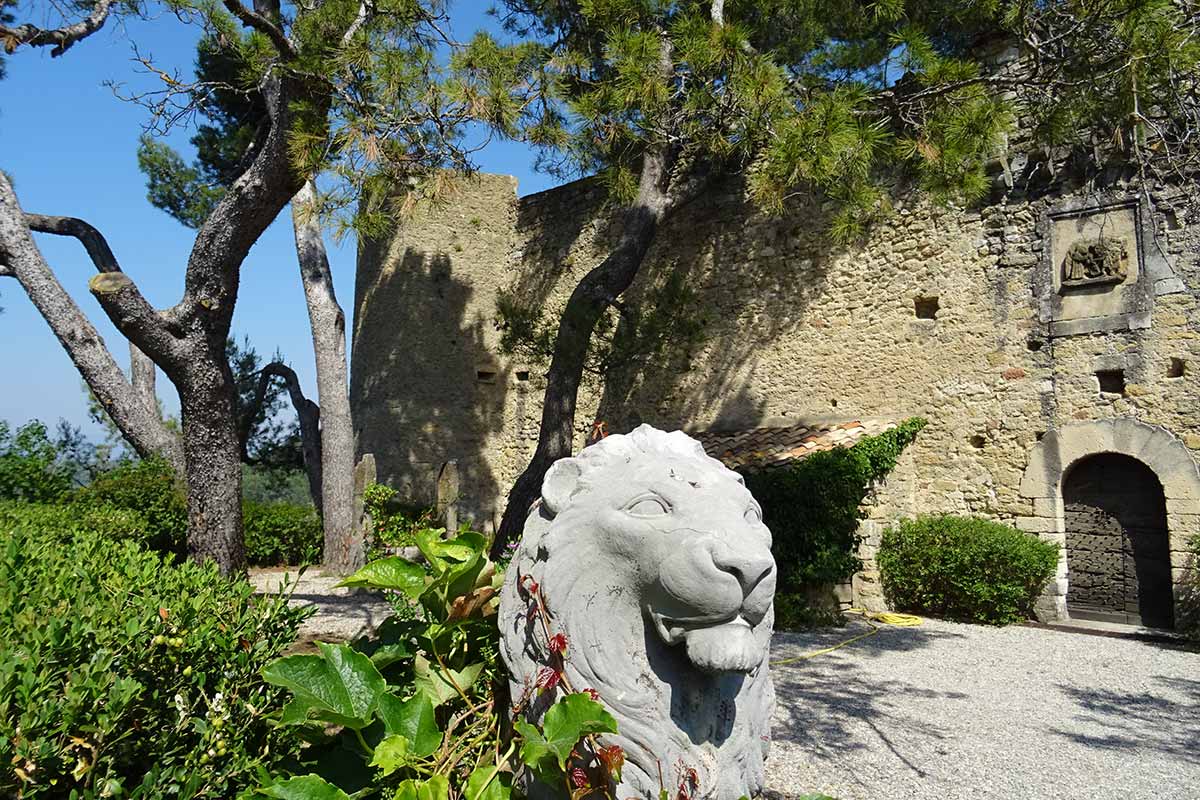 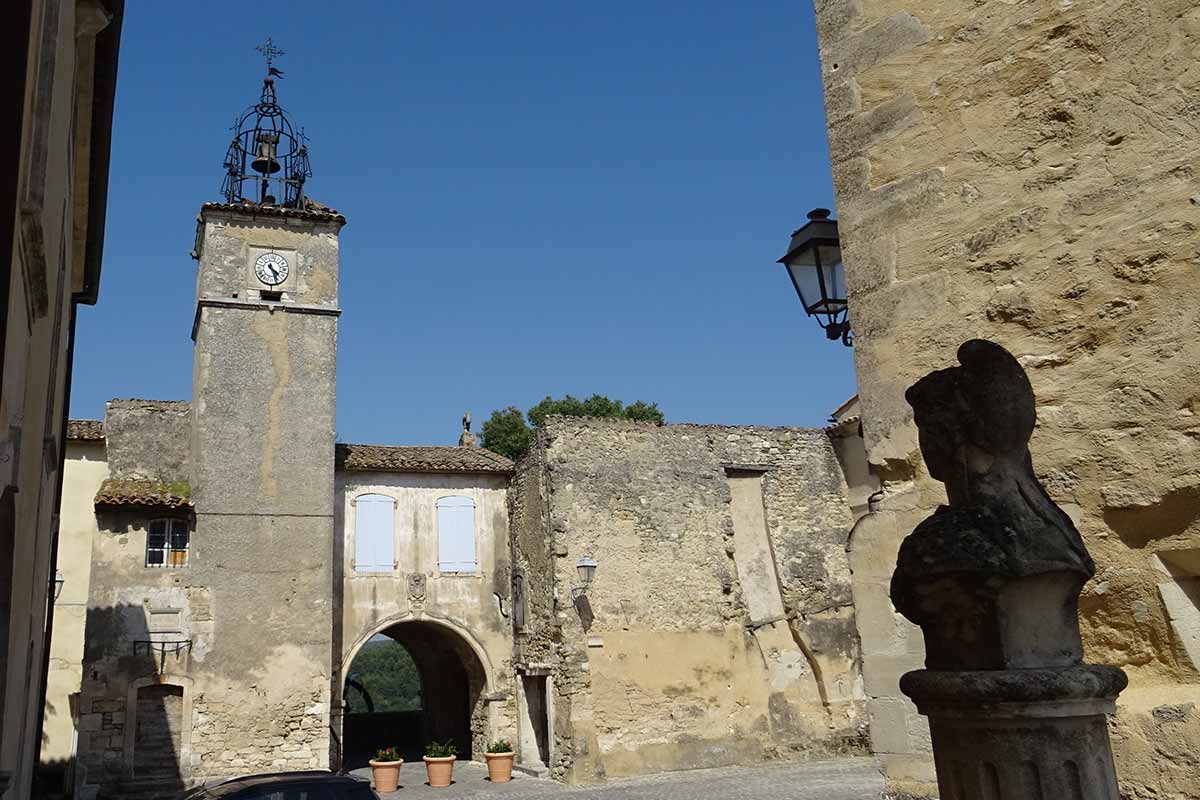 The church of Saint-Luc at the end of the promontory dates from the 14th century. The streets of the village are bordered by beautiful residences, the oldest dating back to the Renaissance. The top of the village offers a very beautiful view of the Calavon plain to the north and the flank and ridge of the Petit Luberon to the south.

The hotel d'Astier de Montfaucon dates back to the 17th century and houses the Maison de la Truffe et du Vin du Luberon, dedicated to the region's wine and truffle production. In its wine library, it has most of the wines of the producers of the Luberon appellation, it is also a training area for amateurs and professionals, a shop and a restaurant where you can taste dishes made with fresh truffles in season.

The Dolmen de la Pitchoune is located a few kilometres from Ménerbes, below the road leading to Lacoste. This funerary monument inherited from the Neolithic civilization is one of the few that can be found as well preserved in Provence, witnessing the presence of man since time immemorial in this region. 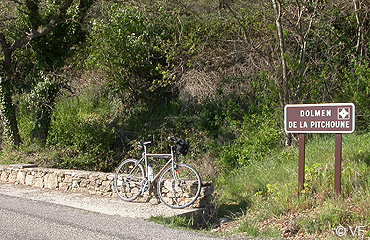 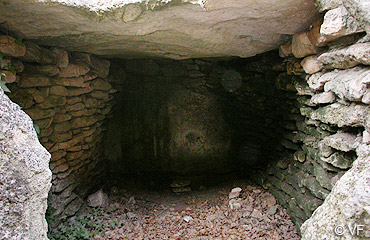 The Abbey Saint-Hilaire is located a few kilometres from the village of Ménerbes, isolated on the side of a hill. It is a troglodyte site inhabited by hermits, where the Carmelites built monasteries from 1250 onwards. The abbey was enlarged, then abandoned and sold during the Revolution to turn it into a farm that did not damage the architectural complex too much. Mr and Mrs Bride, passionate about heritage, bought it in 1961 and beganthey work to restore the building to its 18th century appearance. The Abbey of Saint-Hilaire was classified as a historical monument in 1975. It is a private place open to the public from Easter onwards.

The Musée du Tire-Bouchon is located at the Domaine de la Citadelle, owned by Yves Rousset-Rouard, film producer (Emmanuelle, Les Bronzés, Le Père Noël est une gardure, ...), and mayor of Ménerbes for 19 years until 2014. He founded a museum from his personal collection, which now includes more than 1200 pieces. The corkscrew appeared in England in the 17th century, it became essential when the wine was bottled.

Peter Mayle, "A Year in Provence"

Peter Mayle's book "A Year in Provence" was published in 1989 in England (the French translation "Une Année en Provence" was published in 1993), which recounts a year in the life of the author and his wife Jennifer in a Provençal farmhouse near Ménerbes where they settled. He recounts with humour and tenderness his encounters with his neighbours and the inhabitants of his adopted country, and his discovery of local customs. Her loving gaze is not free from a little mockery sometimes. The book is an international best-seller, winning the "British Book Award" in 1989 in the travel book category, and it is translated into more than 20 languages. It popularizes throughout the world this region of the Luberon where tens of thousands of tourists flocked. Victim of his success, Peter Mayle and had to move to avoid being bothered by visitors and journalists. He returned to settle in the Luberon near Lourmarin, then Vaugines.

He wrote new books on Provence, including "Toujours Provence ", "Hôtel Pastis", "Encore Provence". His book "A Good Year" has been adapted for cinema in a film directed by Ridley Scott, another adopted Luberon resident living in the village nearby Oppède. Peter Mayle obtained the Legion of Honour by the President Jacques Chirac in 2003, and French nationality in 2016, he passed away in January 2018 in Aix-en-Provence.

Accommodations for your stay in Ménerbes : selection of b&b around Menerbes