LACOSTE, village in the Luberon

Visit of the village, its history, the Marquis de Sade, Pierre Cardin

Lacoste, village in the Luberon

The village of Lacoste hangs on the side of a steep promontory, which extends from the Luberon massif to the top of the Luberon valley. Lacoste is crowned by a large castle which was owned by the famous de Sade family before the Revolution.

At the village entrance a board warns visitors: "Visit Lacoste on foot." The cobbled streets and steep terrain are a pleasant walk indeed. Two medieval gates keep the entrance to the village. The old houses with whitewashed stones shine in the bright sunlight of Provence. The higher you climb up the village, more the limestone houses take noble characte and patina of time where so many lives are spent through the time.

The view from the castle of Lacoste is splendid on the plain Calavon the Vaucluse and Mont Ventoux. Three contemporary works of art in bronze are exposed to wind and contemplation visitors. 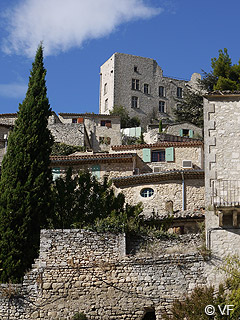 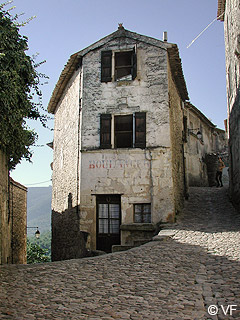 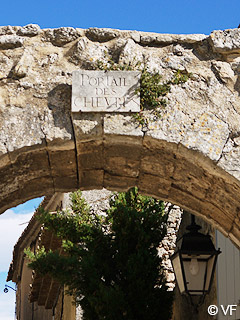 History of the village

We find traces of prehistoric and Roman occupation on the territory of Lacoste. The village named "La Costa" appears in the archives of the Middle Ages, is formed around the castle. Lacoste hosts in the 16th century a community of Vaud. In 1545, an army leaded by Jean Maynier, Baron of Oppède undertakes a "crusade" against the heretics. After the massacres of Cabrières and Mérindol, the villages nearby, Lacoste is also a victim of brutal repression. Catholic or Protestant inhabitants indiscriminately killed by the soldiers of the Baron. Despite this sad episode, a significant Protestant community will remain in Lacoste in the following centuries. 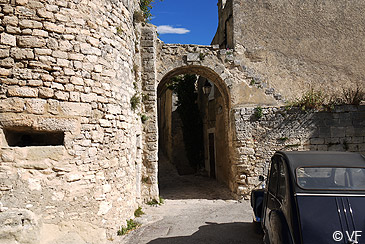 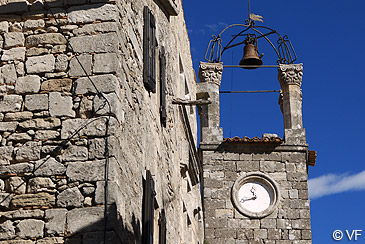 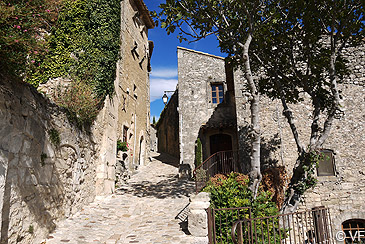 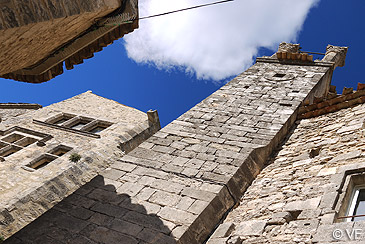 Lacoste gets through inheritance under the suzerainty of Gaspard François de Sade, grandfather of Louis-Alphonse-Donatien, the famous Marquis de Sade. He led a licentious and debauched Parisian life, and made ​​a few trips to Lacoste to escape scandals, trying to be forgotten in the capital. He then devoted himself to his two passions: libertinism and theater. It leaves a bad impression on the people from the village, the castle was sacked and damaged in 1792 during the Revolution. Sold, the castle served as a stone quarry. It was then bought in the 50s by André Bouer who for 30 years consolidates back the ruined walls and collapsed vaults.

In the 20th century the village of Lacoste was "discovered" by artists: the surrealists André Breton, Max Ernst and Man Ray, and the poet René Char who lived not far in Isle sur la Sorgue. The famous Savannah College of Art and Design based in Georgia in the United States settled in Lacoste in 1970 at the initiative of the American painter Bernard Pfiem, and each term welcomes a class of 70 students.

The village of Pierre Cardin

The famous couturier Pierre Cardin bought the Château de Lacoste in 2001, he continued its restoration and made it a residence. Pierre Cardin has created a summer festival there, dedicated to theatre and opera. The controversy has grown with the inhabitants of the village because Pierre Cardin has also bought about forty houses - a third of the old village - which remain mostly uninhabited, some of them serve as showcases for art exhibitions. Pierre Cardin has printed his brand in Lacoste, he wants to make it a "Saint-Tropez de la Culture". To the great displeasure of some inhabitants, the village was transformed into a museum, the shops closed and only about ten inhabitants still lived permanently in the old village. 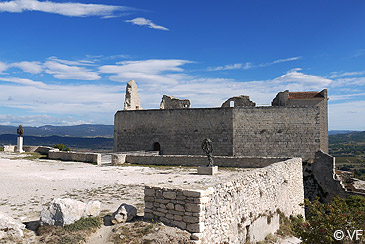 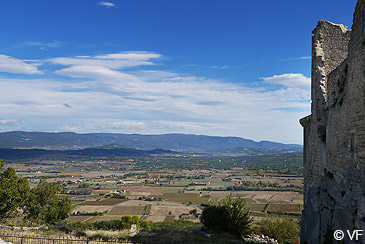