The village and its famous wines, and the chapel Notre-Dame d'Aubune

Beaumes-de-Venise is a village in the Vaucluse department, located at the foot of the Dentelles de Montmirail, at the western end of Mont Ventoux. "Beaumes" is the Frenchization of the Provençal word "balma" which means caves and its inhabitants are the Balmeans. The rock face of the Courens plateau is dotted with caves and excavations, occupied by man since the Neolithic period. "Venise" does not refer to the city of the Doges, it is rather the distortion of the word "Venaissin" because Beaumes is at the heart of the Comtat Venaissin, the historical name of the region.

At the end of the Roman period, the inhabitants had taken refuge in Durban, a fortified village and a castrum of Ligurian origin located on the plateau des Courens. They settled lower in Beaumes near the plain and water sources during the Middle Ages. 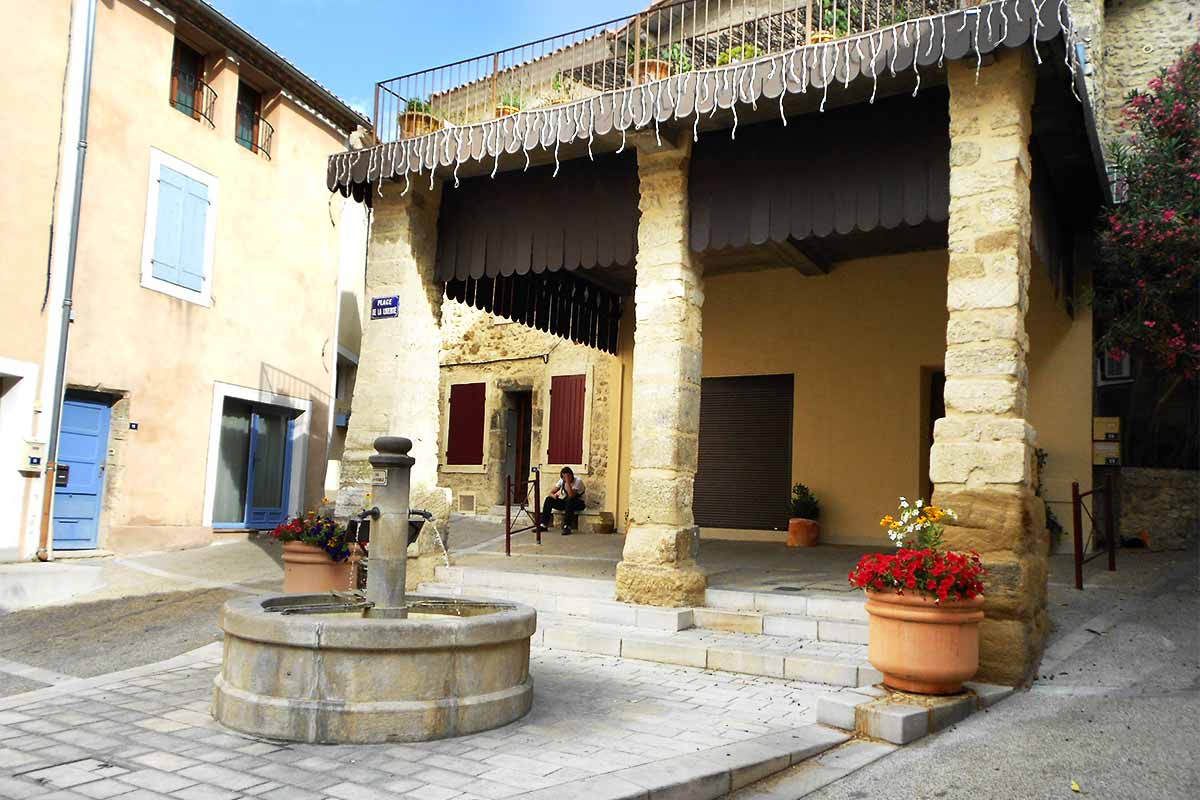 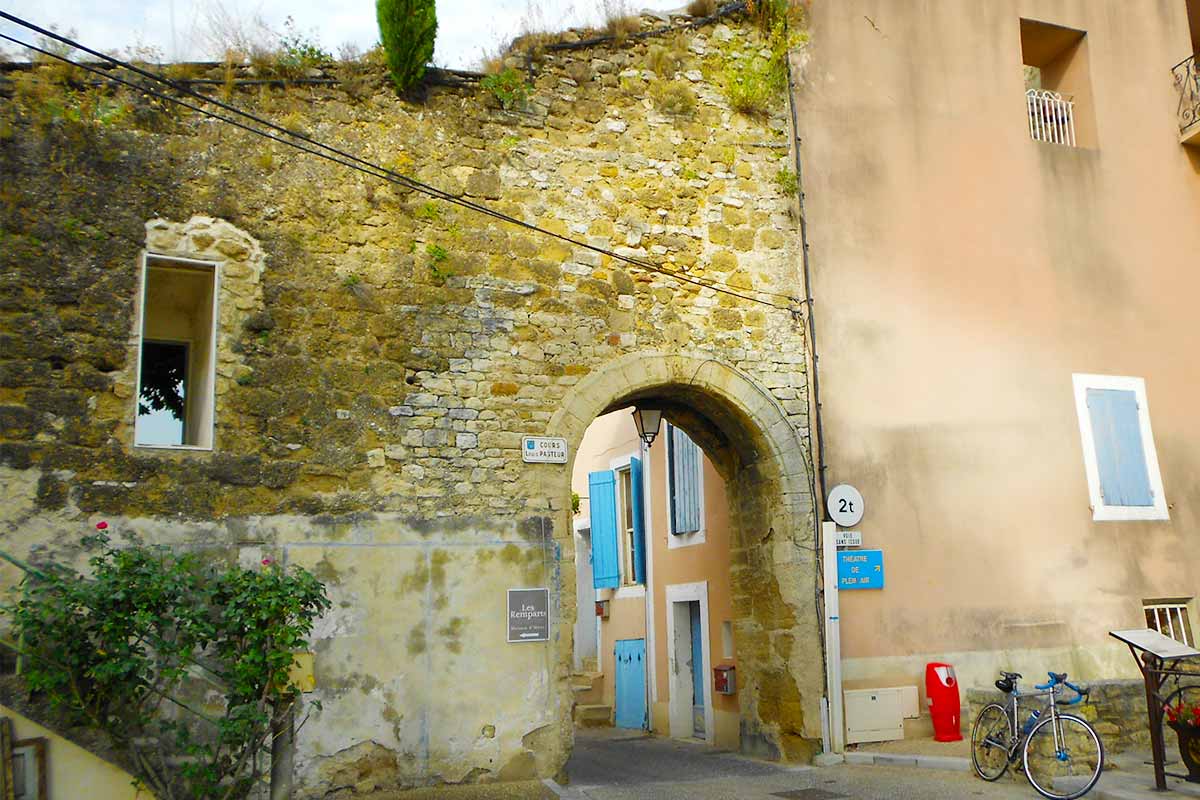 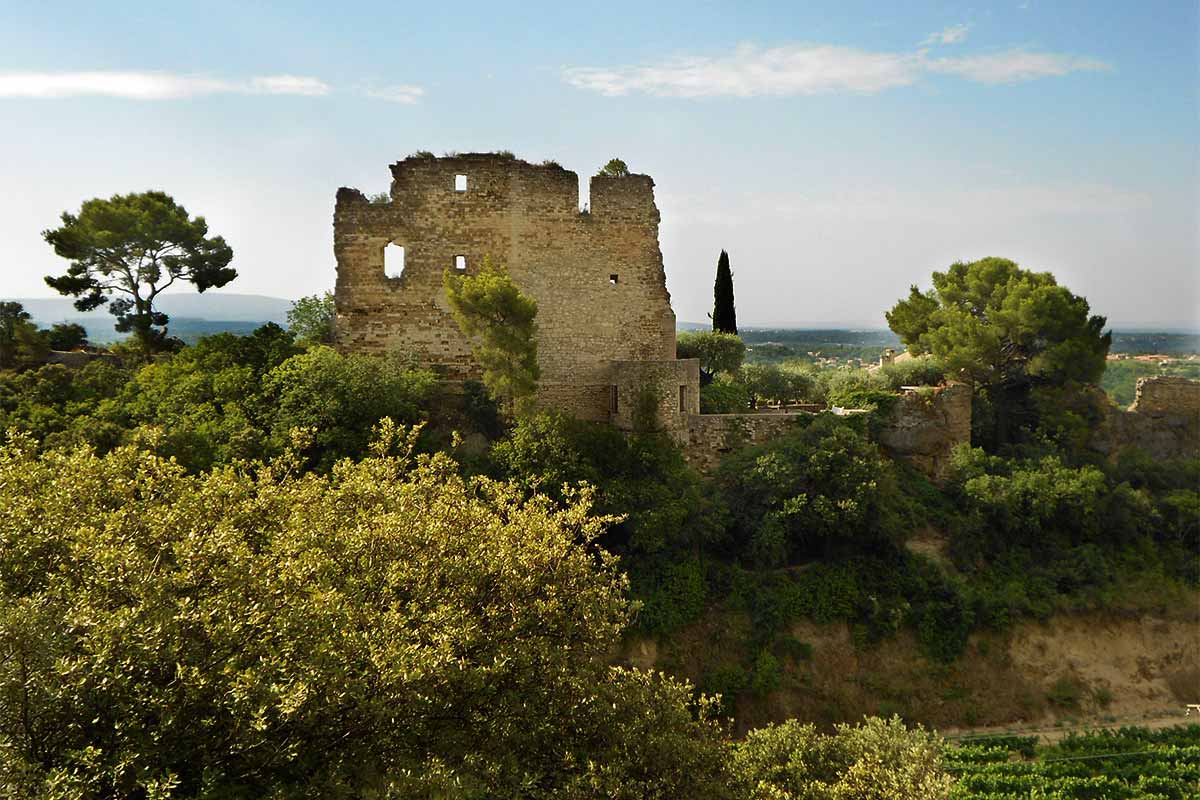 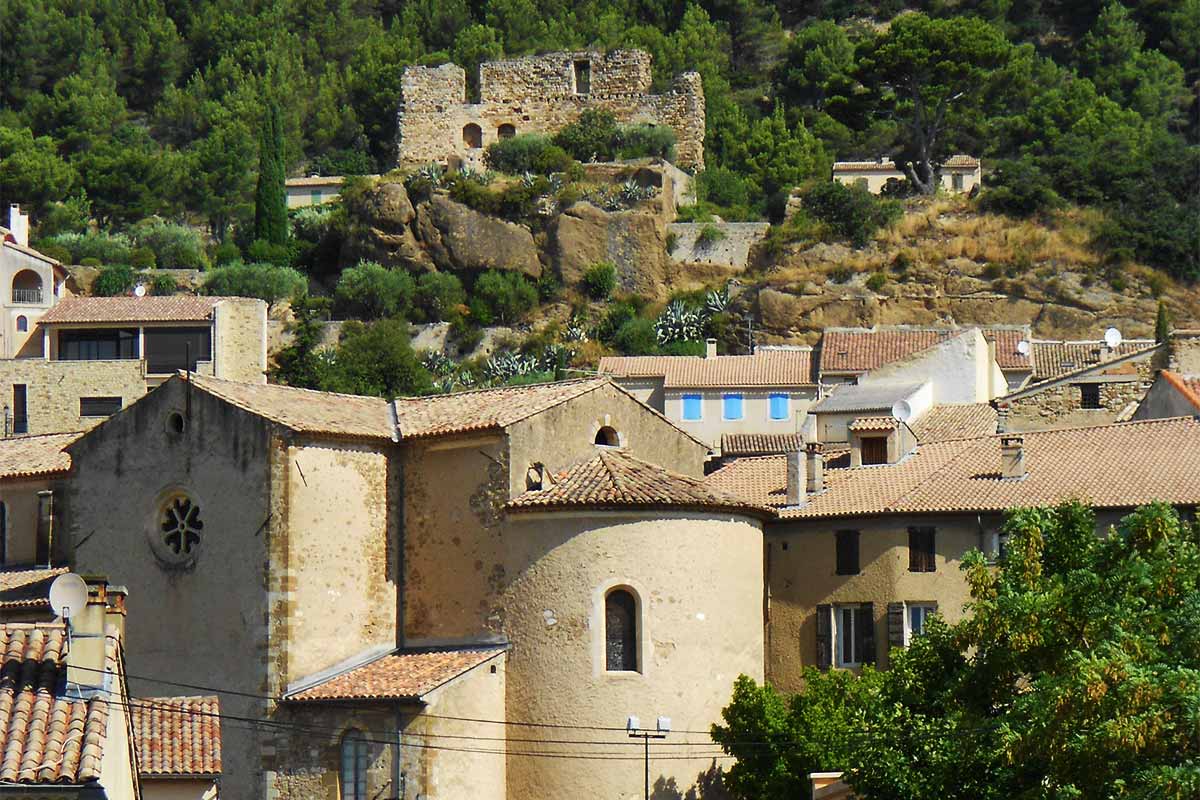 The houses of the old village nestle on the sunny south side of the Courens hill which forms a natural protection against the Mistral. There are still some remains of the ramparts and two medieval gates that protected the village from armed gangs in the 14th century and during the Religious Wars. A castle was built in the Middle Ages above the village, today only a piece of ruined wall pierced with windows, it is now private property. The Saint-Pierre church, built in the 14th century, was integrated into the fortification system. Devastated during the Religious Wars by the troops of the Baron des Adrets, then during the Revolution, it was rebuilt in the 19th century in the neo-Romanesque style. It houses a chasuble embroidered with gold thread, donated to the parish by Queen of France, Anne of Austria.

About 2 km away from the village, the beautiful Notre Dame d'Aubune chapel is located on the hillside of Les Courens, overlooking the vineyards and the Comtat Venaissin valley. An abundant spring springs up at this place, which was a place of worship long before Christianization. This chapel is a jewel of Provençal Romanesque art, it was built in the 11th century on the site of a much older Christian building, from the 4th or 5th century. Legend has it that Charles Martel or Charlemagne founded it. Its square bell tower was added in the 12th century, its windows are decorated with fluted pilasters inspired by ancient colonnades. The building was redesigned and reinforced in the 17th and 19th centuries. A pilgrimage takes place on September 8.

The building adjacent to the chapel contains a small archaeological museum which is open every Tuesday from 10am to 12pm. A medieval garden and an olive grove have been installed next to the building. The Carpentras canal runs along the hill of Courens below the chapel. 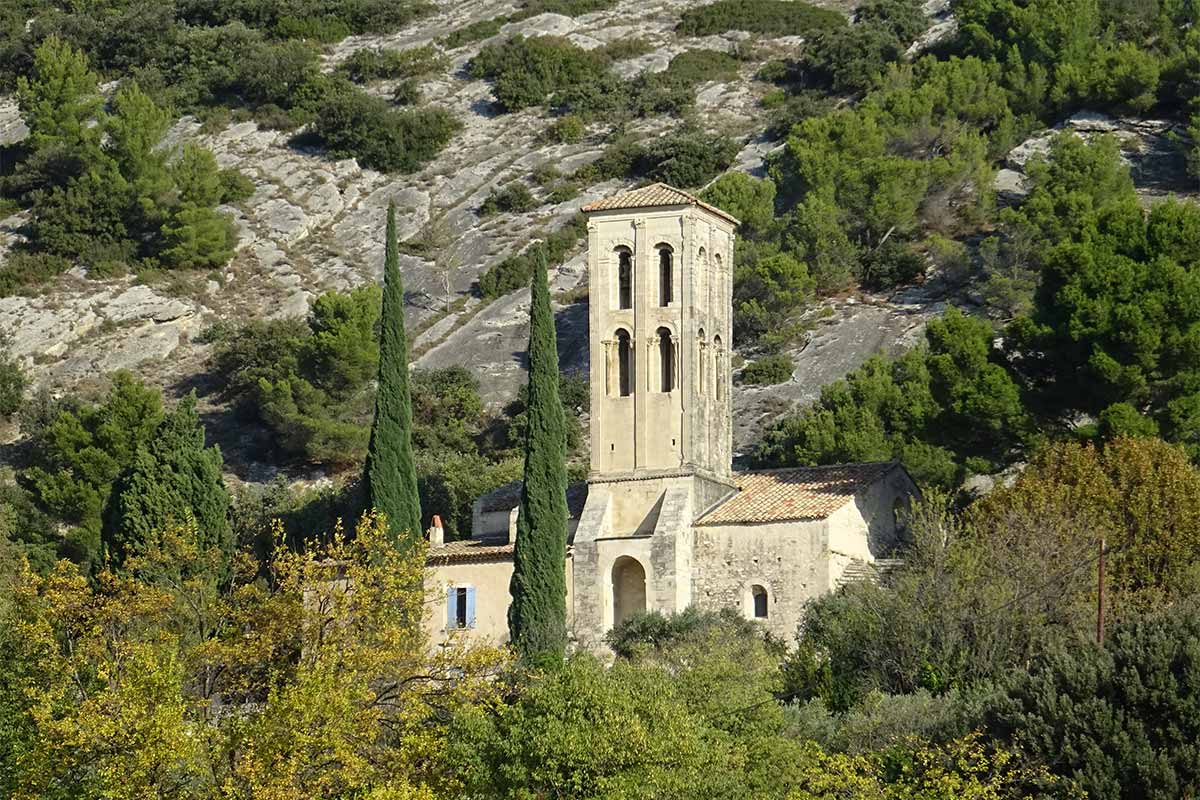 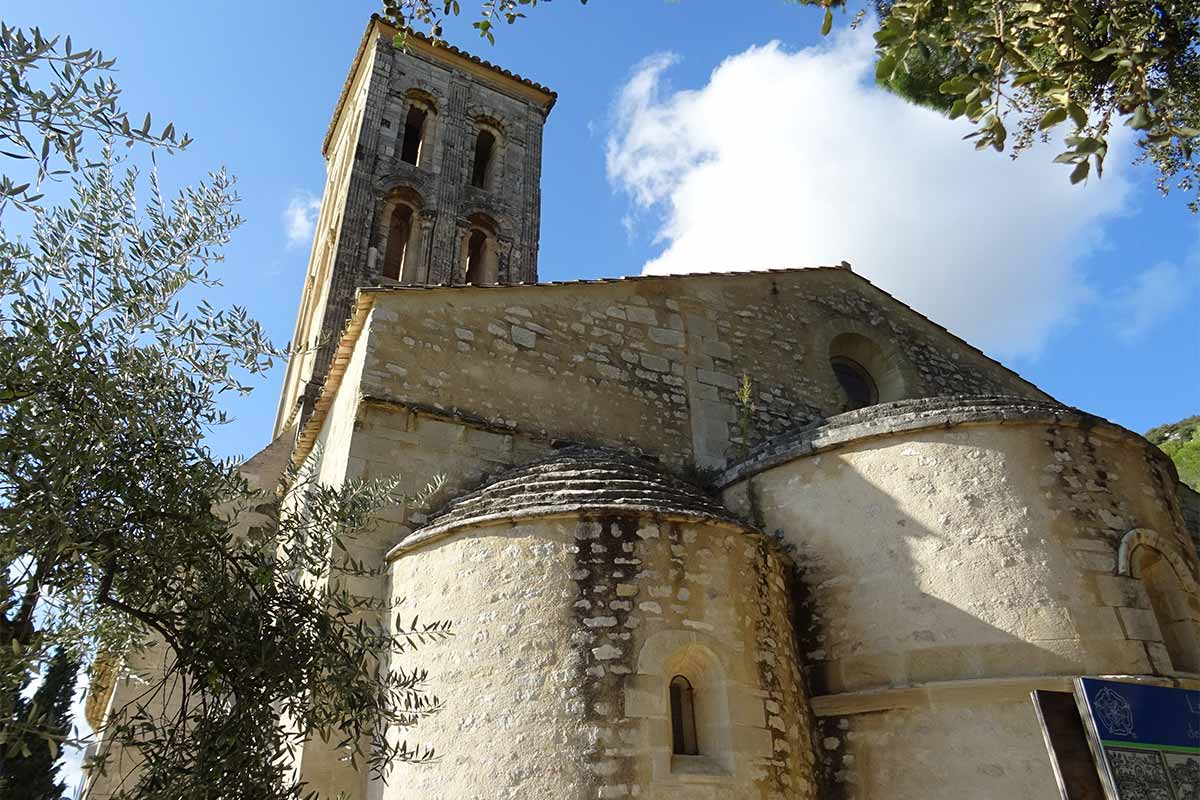 The Courens plateau is a slender plateau from east to west, 1km long and about 100 metres wide, culminating at an altitude of 290 metres. It is accessible by foot from the village or the Notre-Dame d'Aubune chapel. A walk on the plateau offers superb views of the Dentelles de Montmirail to the north and the Comtat plain. The place has been occupied since prehistoric times, especially the Ambrosi caves on the northern slope. On the plateau are the ruins of Durban Castle, also known as the Castellas. Durban was a perched village easier to protect, the castle was probably destroyed in the 14th century by the Great Companies of the Hundred Years' War. Durban was definitively abandoned in the 18th century. The Saint-Alari (or Saint-Hilaire) church, currently under reconstruction, was built on the site of a Roman temple and a vast early Christian necropolis with about fifty graves. The Devil's Rock seems to hang above the Notre-Dame d'Aubune chapel. Legend has it that the devil, dissatisfied with the construction of the chapel, threw a large rock from the top of the plateau to destroy it, which the Virgin stopped with her cattail. A "conservatory orchard" has been set up on the terraces near the Notre-Dame d'Aubune chapel, along a path that leads to the top of the plateau.

The cultivation of vines is the main economic activity in Beaumes-de-Venise. The rows of vines line up on the slopes of the Dentelles de Montmirail and in the plain below, protected from the mistral by the mountain, enjoying dry weather and exceptional sunshine. The Beaumes-de-Venise terroir is contiguous to that of Vacqueyras and close to Gigondas. It produces an excellent red wine from the village Côtes-du-Rhône which obtained in 2005 the rare distinction of "vintage" like Gigondas and Vacqueyras. The geographical area of the "Beaumes-de-Venise" appellation is delimited in four municipalities of Beaumes-de-Venise, Lafare, La Roque-Alric and Suzette.

But the local speciality is the famous "Muscat de Beaumes-de-Venise" wine, a fine and delicate natural sweet wine made with small-berry muscat grapes. The origin of this wine goes back to the Middle Ages but its production had almost disappeared, it was put back into production in the 18th century.

Things to see and do in Beaumes-de-Venise