Gigondas, the village and its famous wine 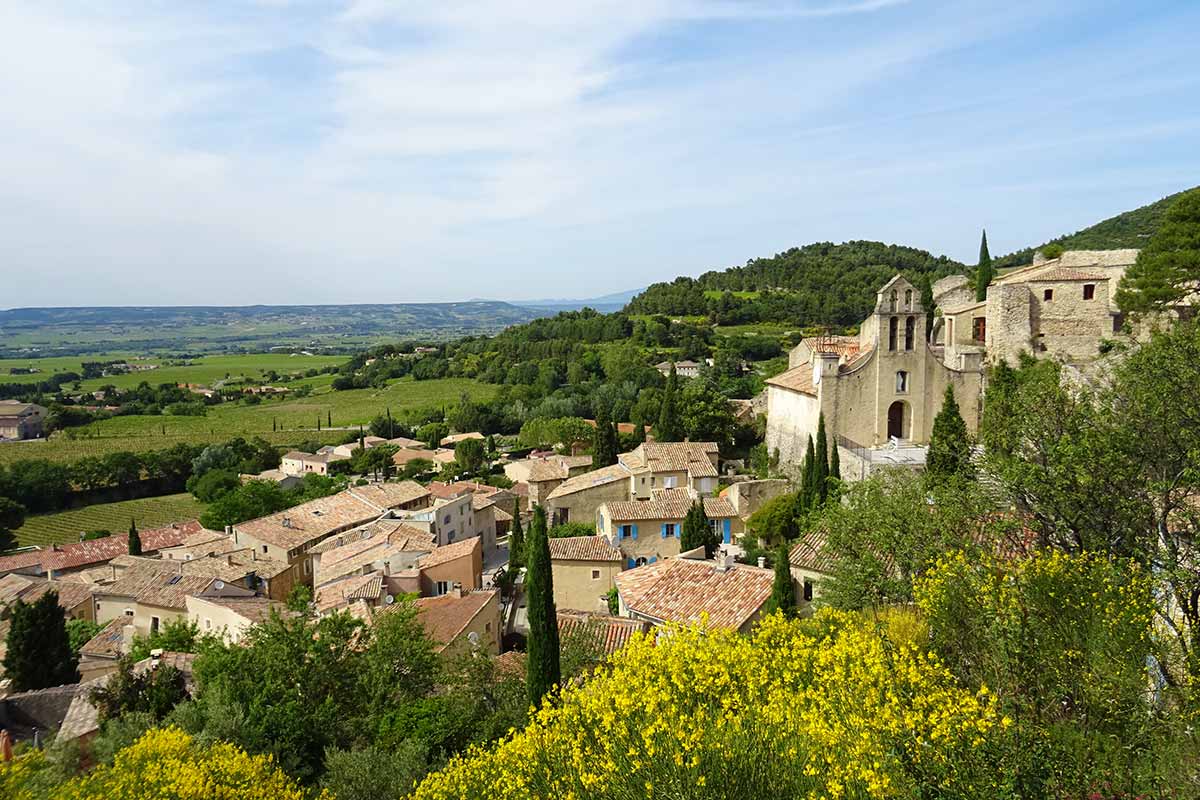 Gigondas, a wine-growing village in Provence

Gigondas evokes the best wines of the Cotes du Rhone, but it is also a small village of Vaucluse between Orange and Vaison-la-Romaine. The vineyards extend to the foot of the village, dominated by high hills and ridges of white Dentelles de Montmirail. This massive atop steep but relatively low is the extreme western advanced Alps.

The territory of the municipality has produced many artefacts from the Roman period through random ploughing or archaeological excavations. The name Gigondas refers to Joconditas, which means joy and joy in Latin. But it most probably comes from a Roman landowner "Jucundus" who owned the "Villa Jocondatis". In the Middle Ages, Gigondas belonged to the Maison d'Orange, and its territory was only reunited with France in 1731. Only a few ruins of the Ch√¢teau de Gigondas remain, which was heavily damaged during the Religious Wars and destroyed by order of King Louis XIV. A botanical trail leads to its remains through aromatic herbs and ancient grape varieties. Baron des Adrets, a terrible Huguenot chief, besieged Gigondas in May 1563, after five days of resistance, he kidnapped the village whose inhabitants had fled under the cover of the night. Calvist troops attacked the parish church of Saint Catherine of Alexandria of Romanesque origin, which was repaired and enlarged in the 17th century. 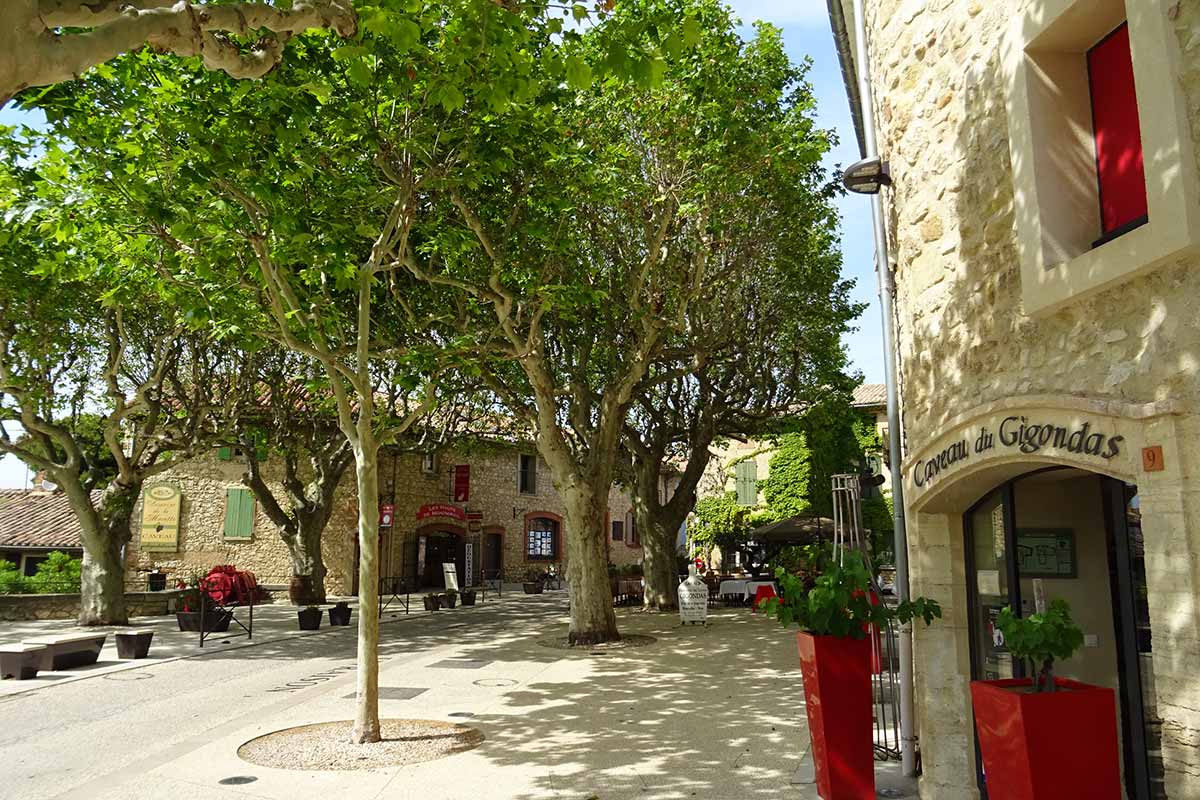 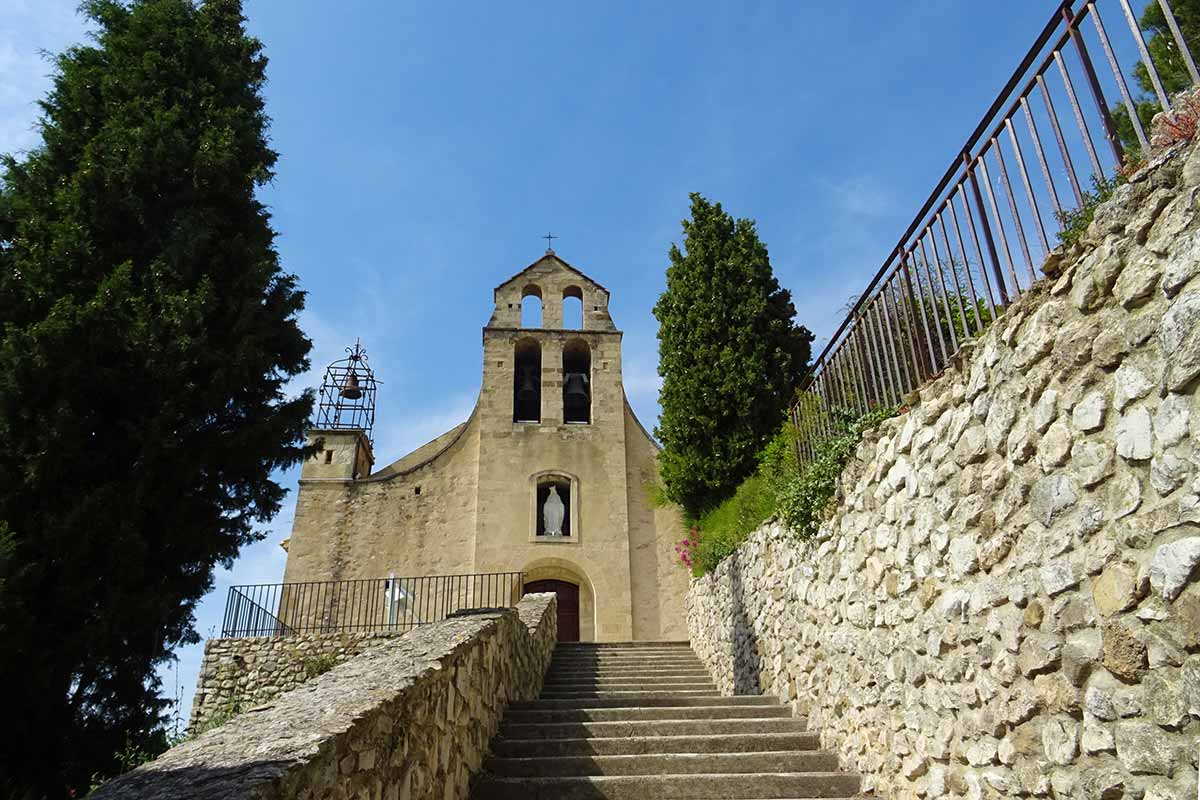 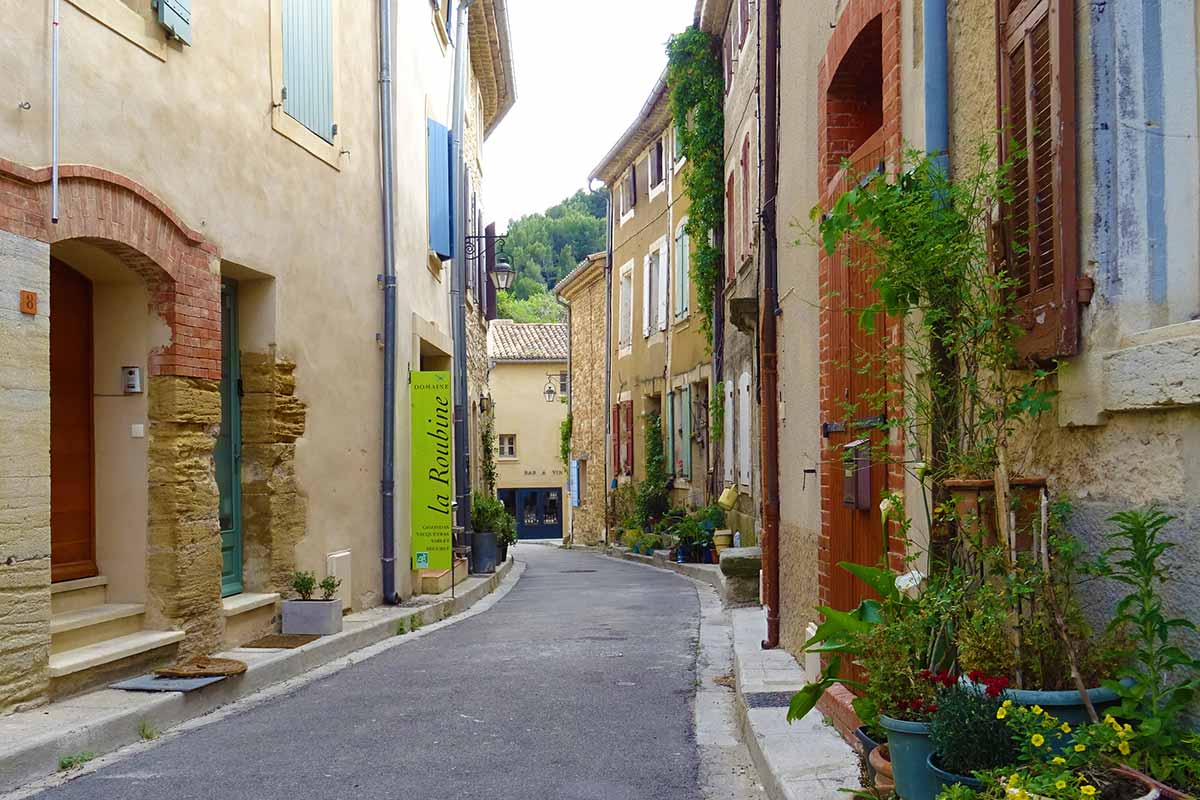 A few hundred meters from Gigondas is the curious chapel of Saints Como and Damien. The old Romanesque chapel was partly destroyed during the siege of Baron des Adrets. It was shortened: the chevet of the old chapel became the nave. The panorama from the chapel offers a beautiful view of the village.

The Dentelles de Montmirail are a geological curiosity: the upper layers made of Jurassic limestone were straightened vertically by the folds of the earth's crust, then finely eroded to form ar√™ts and needles. With 40 km of marked trails, it is an ideal place for walks and excursions, hikers are rewarded with splendid views of the Rhone Valley and Mont Ventoux.

The tourist office offers signposted routes from the village to Sarrazine Tower, an old watchtower, or to Menhir, a monumental stone classified in 1912 as a natural site and monument of an artistic nature, to the Cayron Pass or the belvedere of the Rocher du Midi, which offer 360¬∞ views over the Rh√¥ne Valley and Mont Ventoux. The rocky walls of the Dentelles de Montmirail also attract many climbers who enjoy more than 650 climbing routes at their disposal. 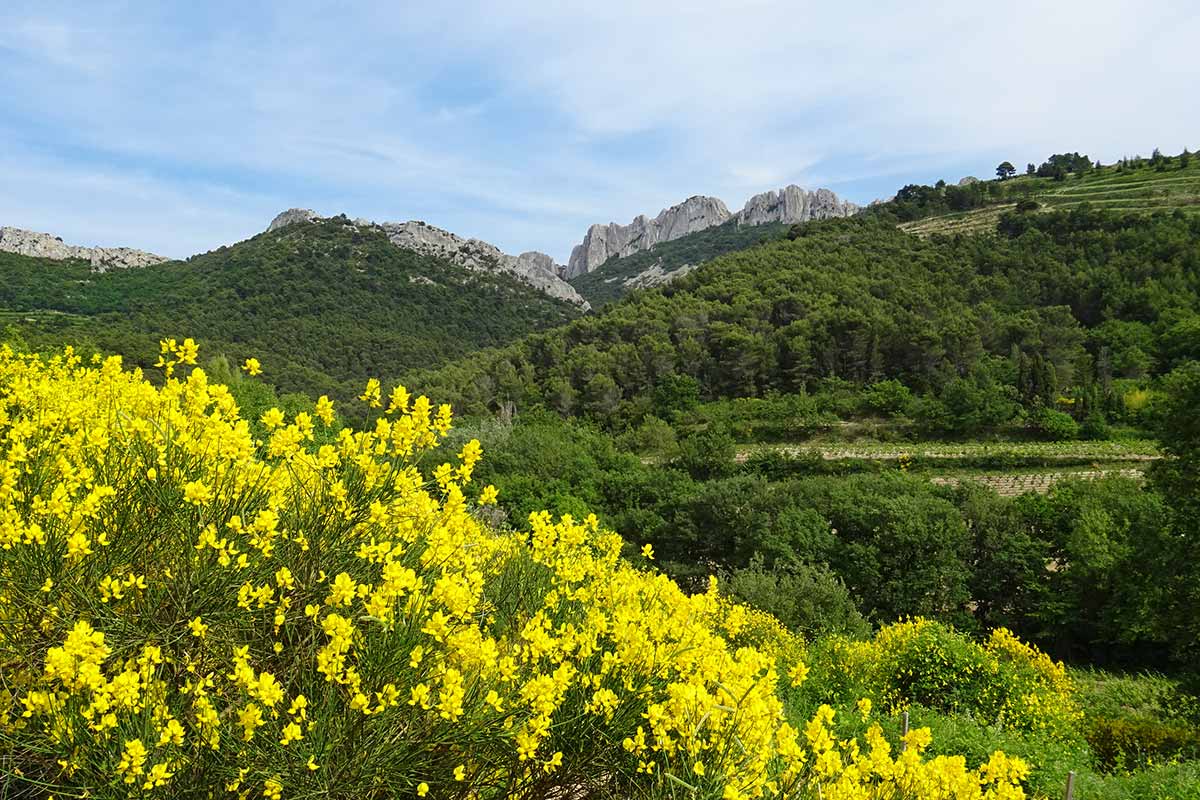 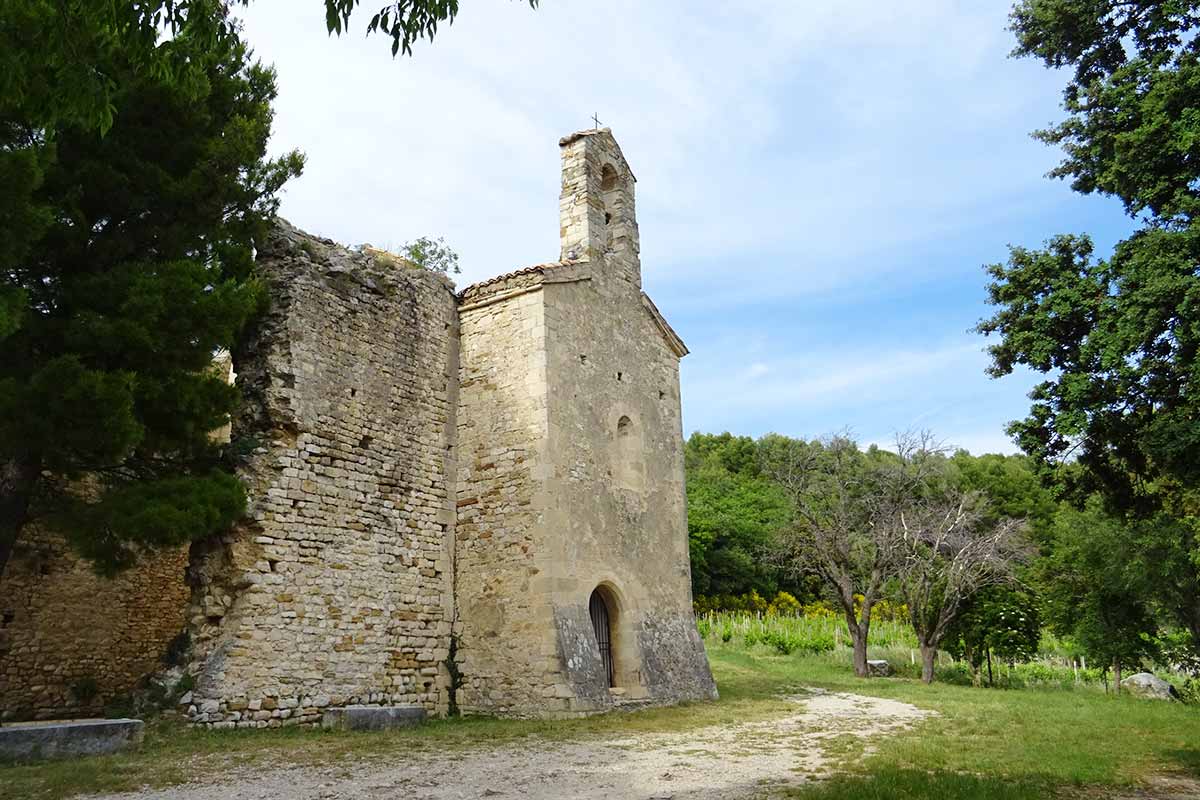 The Romans occupied the territory during Antiquity but there is no mention of the cultivation of vines since the Middle Ages in the territory of Gigondas. The reputation of the terroir dates back to the end of the 19th century under the impetus of the winegrower Eug√®ne Raspail. Born in Gigondas, a fervent republican, Eugene was elected as a constituent deputy of the Second Republic after the 1848 Revolution. Opposing the regime of Louis-Napol√©on Bonaparte, he went into prison and exile, then returned to his lands and relaunched wine production in 1861 in his estate, which he transformed into "Ch√¢teau Raspail". Eugene Raspail's wine quickly gained a great reputation but the phylloxera epidemic in 1871 ruined his first efforts. He was also a renowned scientist, passionate about natural sciences, geology and paleantology.

Classified as a C√¥tes-du-Rh√¥ne village in 1953, the Gigondas wine is a prestigious C√¥tes du Rh√¥ne wine which, because of its quality, received a distinct appellation in 1971. The wine of Gigondas, like the other C√¥tes du Rh√¥ne wines, is a blend of Syrah, Grenage and Mourv√®dre grapes, whose proportions are specific to each winegrower. Gigondas is a generous, well-structured red wine that goes wonderfully with game and cheese, and has a reputation for aging well. 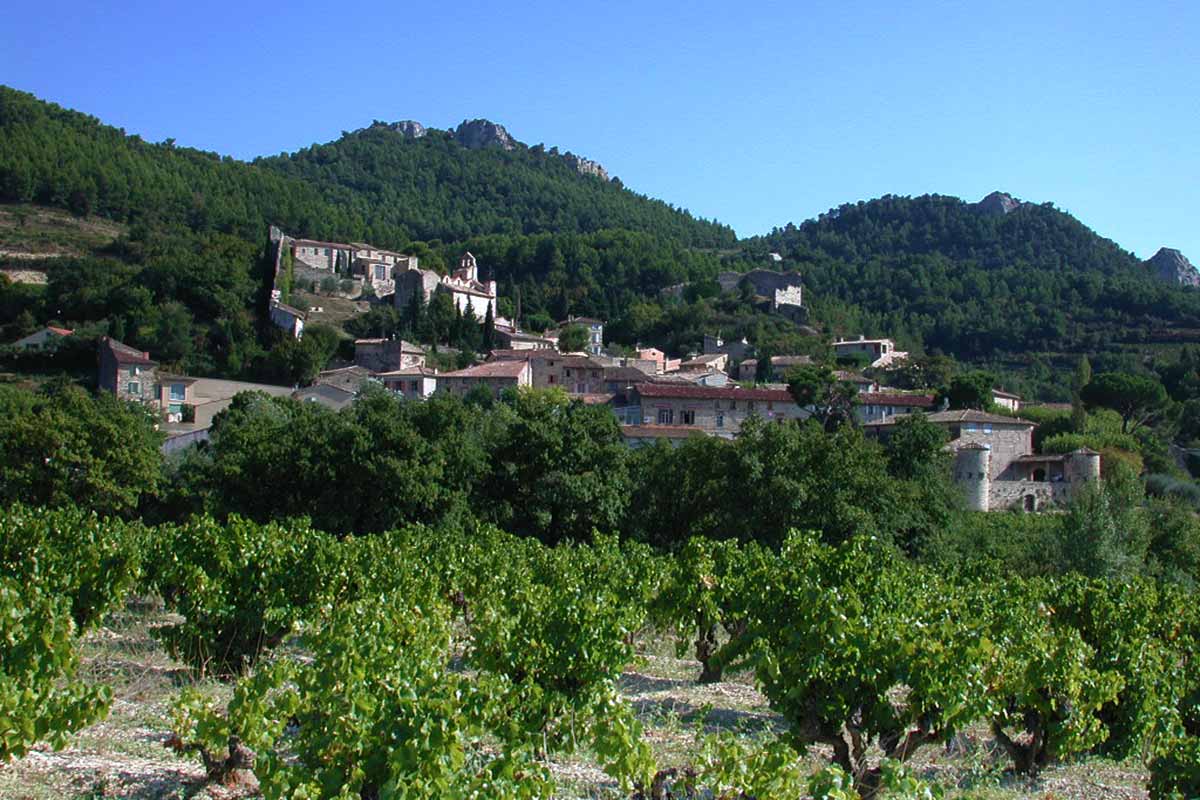 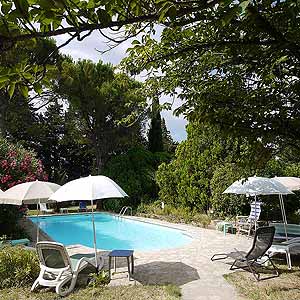 Two guest rooms and a cottage, located 8 km from Gigondas.