Superb perched village in the Provence of lavenders 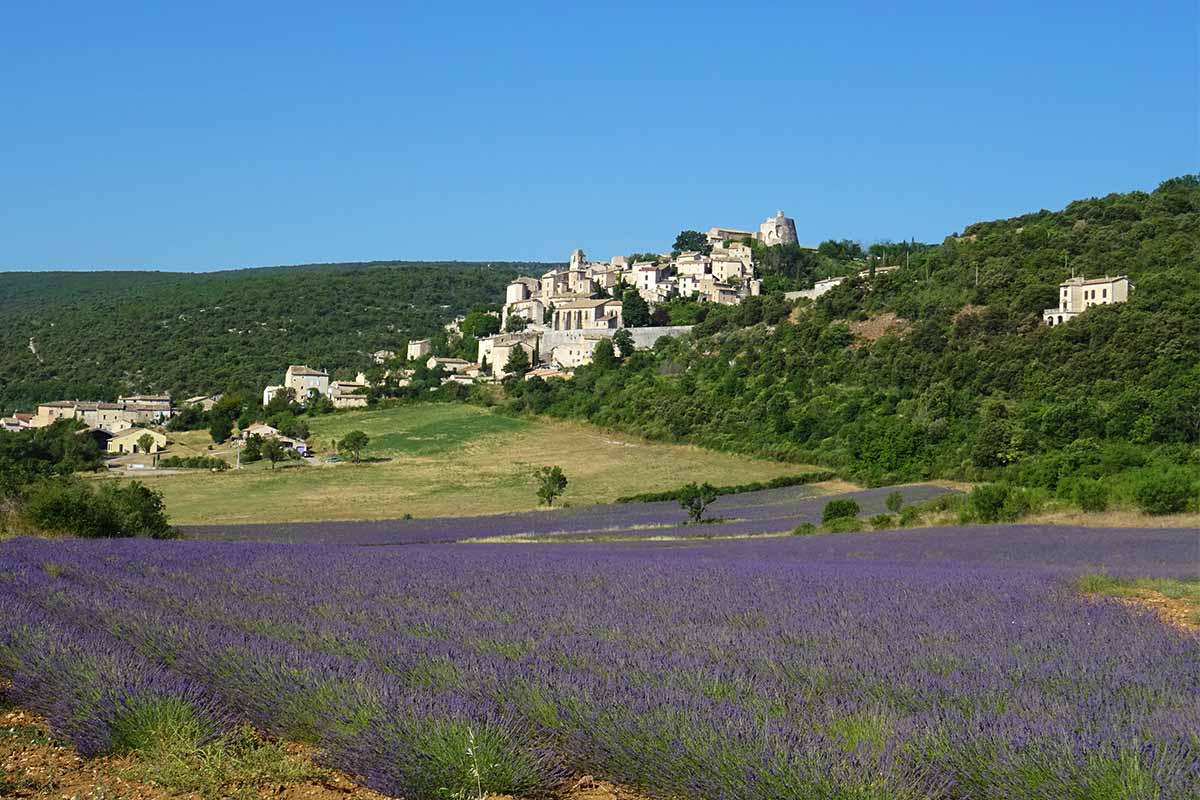 Simiane-la-Rotonde is a perched village, hung on an advanced promontory of the Albion plateau above a plain where the sodas of lavender are harmoniously aligned in a row. It is a magnificent example of a Provençal perched village, classified as a "city of character" but which could undoubtedly claim to be among the most beautiful villages in France

The Rotunda of Simiane

A keep crowns the village and defends access to the village from the plateau, it is the Rotunda, the well-preserved remains of the feudal castle of the powerful Agoult-Simiane family. The external figure of the building is massive and austere, with a hexagonal structure. Inside, its vault forms a magnificent dome whose ribs form a slightly irregular dodecagon (12 sides) and meet at the top around a central oculus. They rest on pillars linked by arcades, whose capitals are decorated with strange human masks, sometimes grotesque or bestial. The building dates from the 11th century, it is one of the most unusual buildings in Provençal medieval architecture, and the practical reason that led the builders to build the keep in this way is unknown. It is designed to stimulate the imagination of visitors.

The castle was abandoned by the Agoult family from the 17th century onwards, as time went on, it deteriorated and some parts were used for agricultural purposes. In 1803, it was sold to a carpenter who sold the Rotunda to the department. It was classified as a Historic Monument in 1841 and saved from ruin by several renovation campaigns. It was opened to the public in 1986, the rest of the castle was bought by the Commune in 1999. The Rotunda can be visited, the keep hosts exhibitions, the history of the castle is presented in a room of the castle. An aromatherapy laboratory is located in the premises. Back in the days of the troubadours, the Simiane Rotunda also hosts an international festival of early music: "Les riches heures musicales la Rotonde" 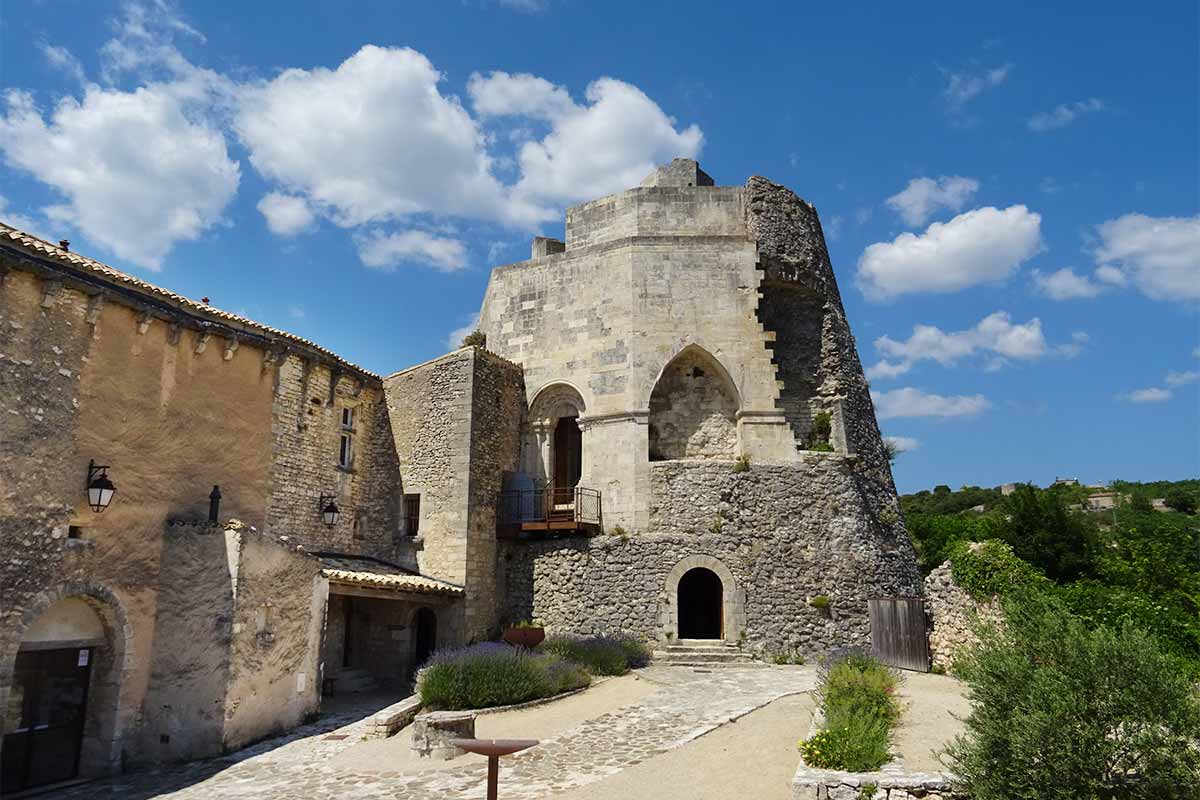 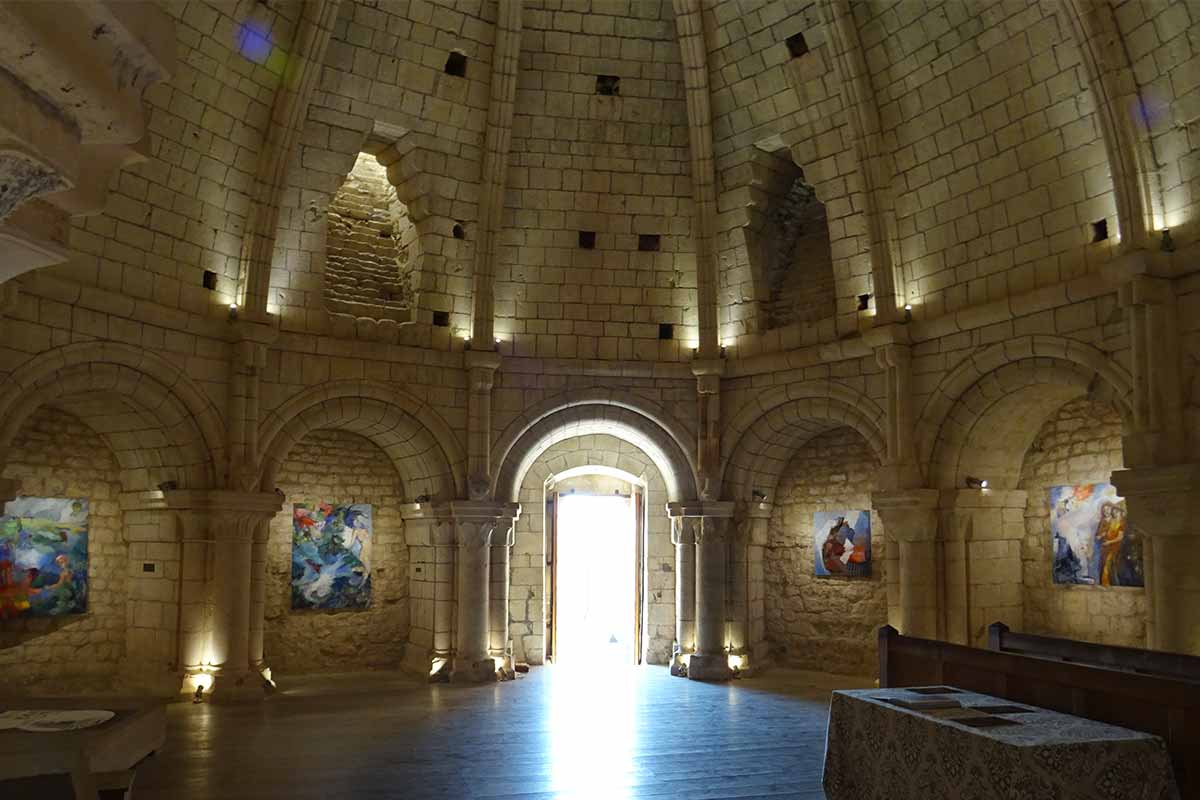 The village developed in the middle ages around the castle whose enclosure joined the ramparts below. At the Renaissance a glass industry developed and made the reputation of Simiane, many workshops exported their productions throughout Provence.C is a period of opulence as evidenced by the beautiful homes of noble families or bourgeois, facades and refined with varied styles.

The upper part of the village includes beautiful buildings from the 16th to the 18th century. The church Sainte Victoire dates from the 16th century. Simiane-la-Rotonde enjoyed a prosperous period thanks to the activity of Verrerie. Covered Halles, we admire a superb panorama on the plain below which composes a mosaic of fields of wheat and lavender, the view carries on the crest of the Luberon. Les Halles was immortalized by a famous photograph of photographer Henri-Cartier Bresson in 1971. The bell tower of Saint-Jean serves as a bell tower at the Sainte-Victoire Saint Pierre church located below the village.

The house of the parents of the writer Ponson du Terrail (1829-1871), prolific and popular writer, author of the saga Rocambole which gave birth to the fantastic adjective. 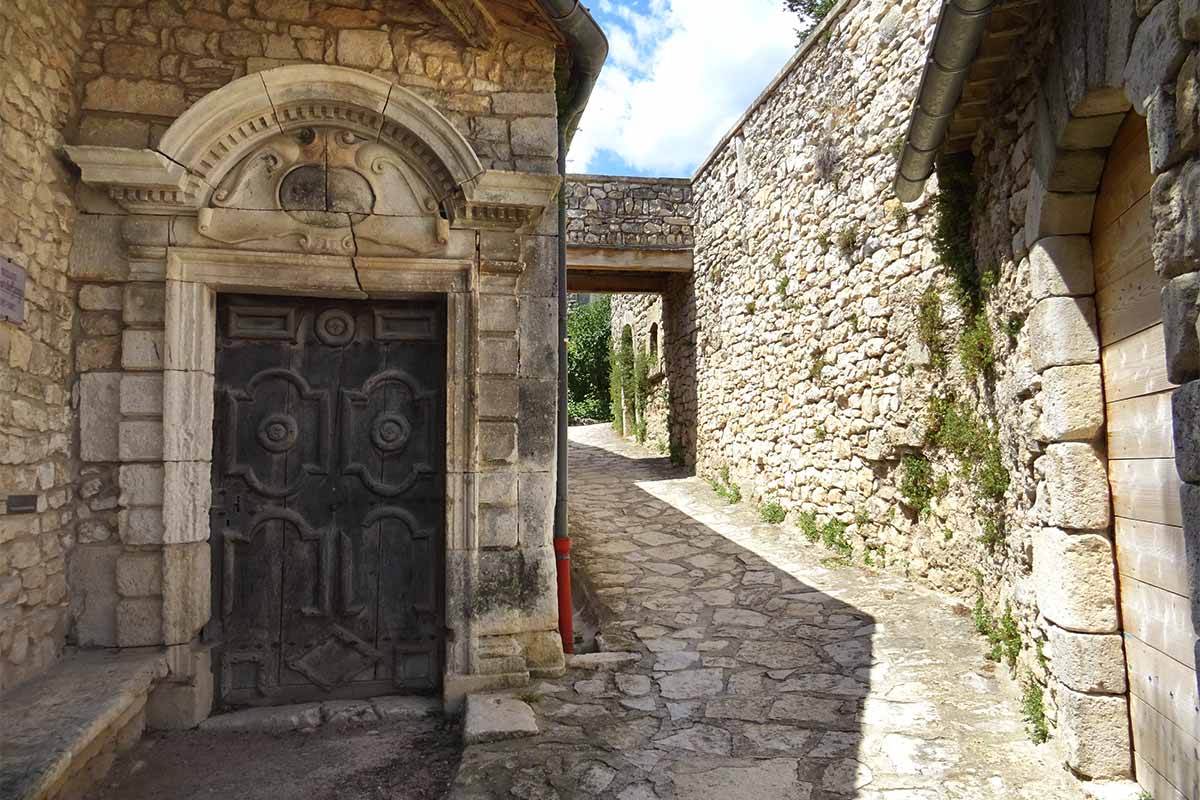 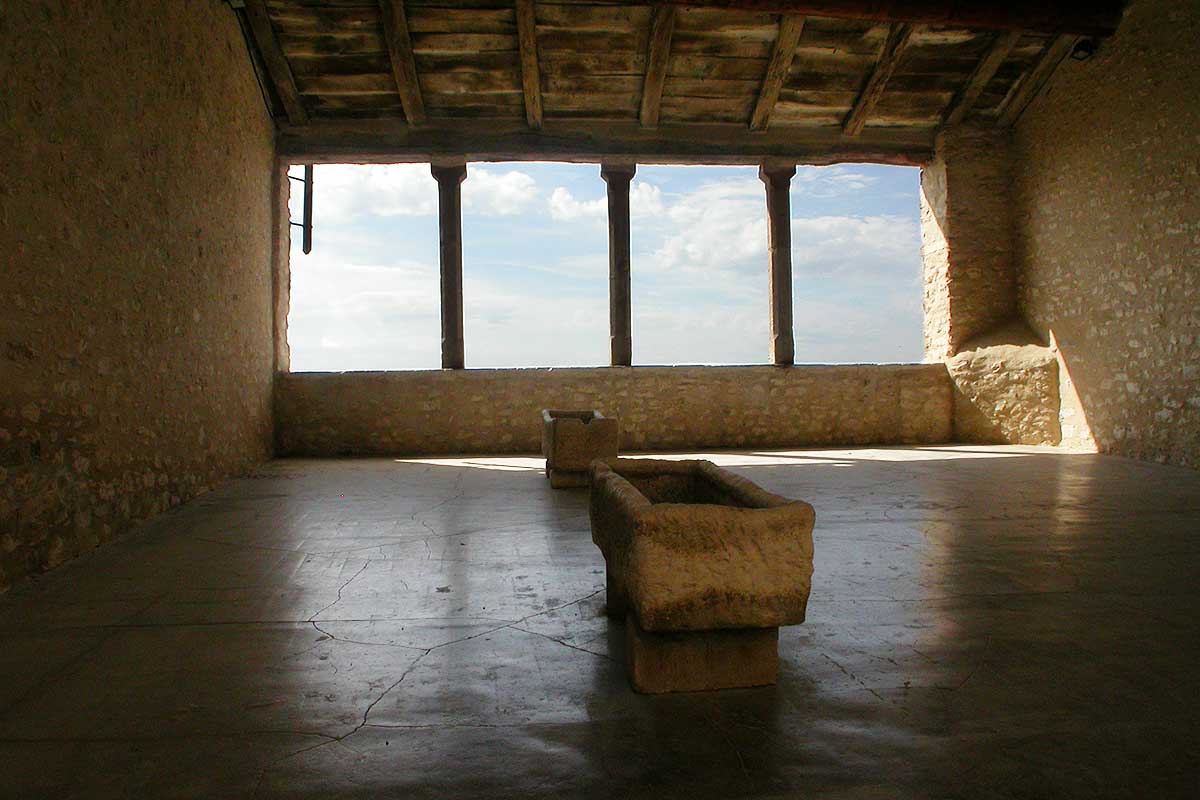 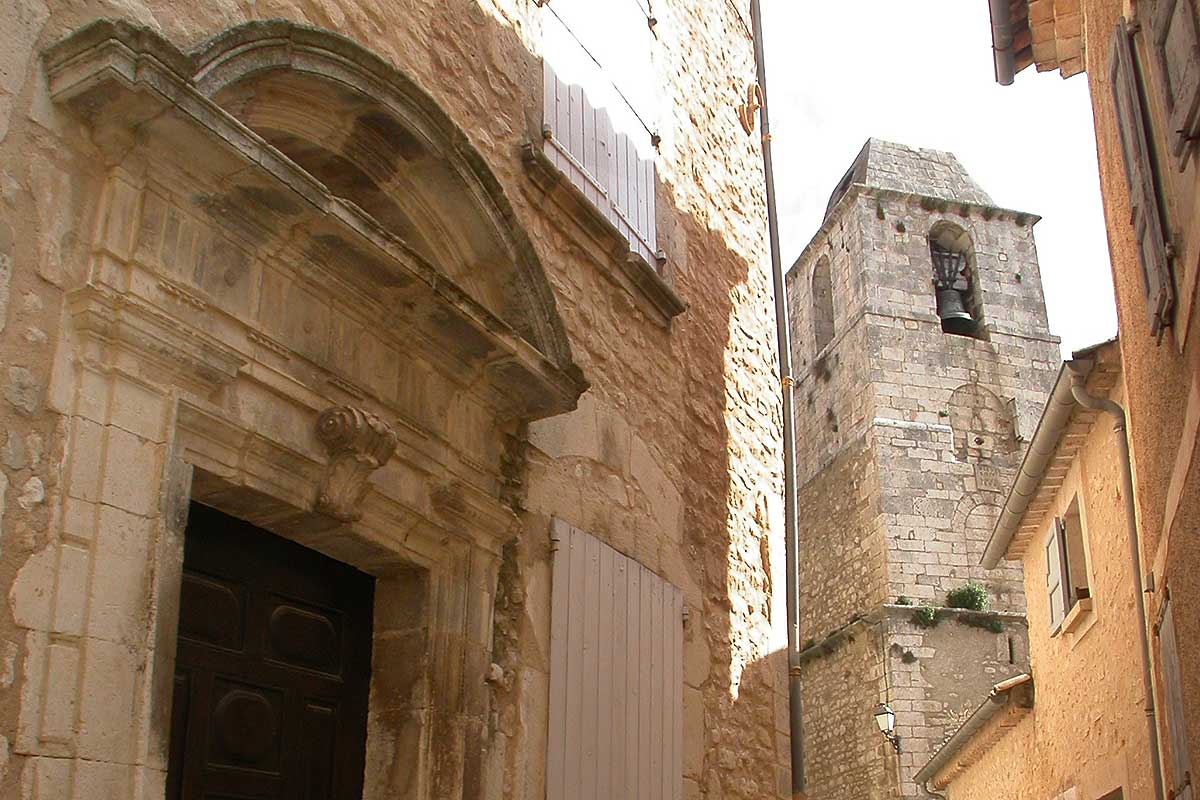 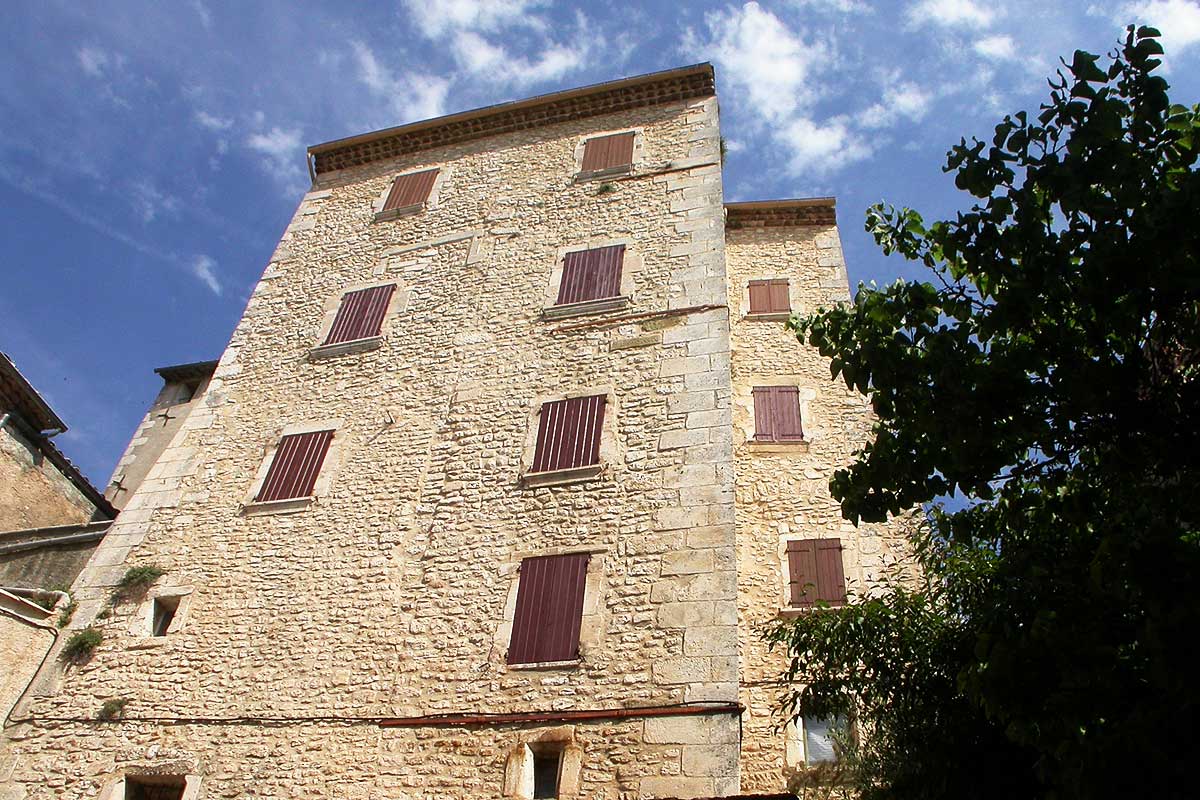 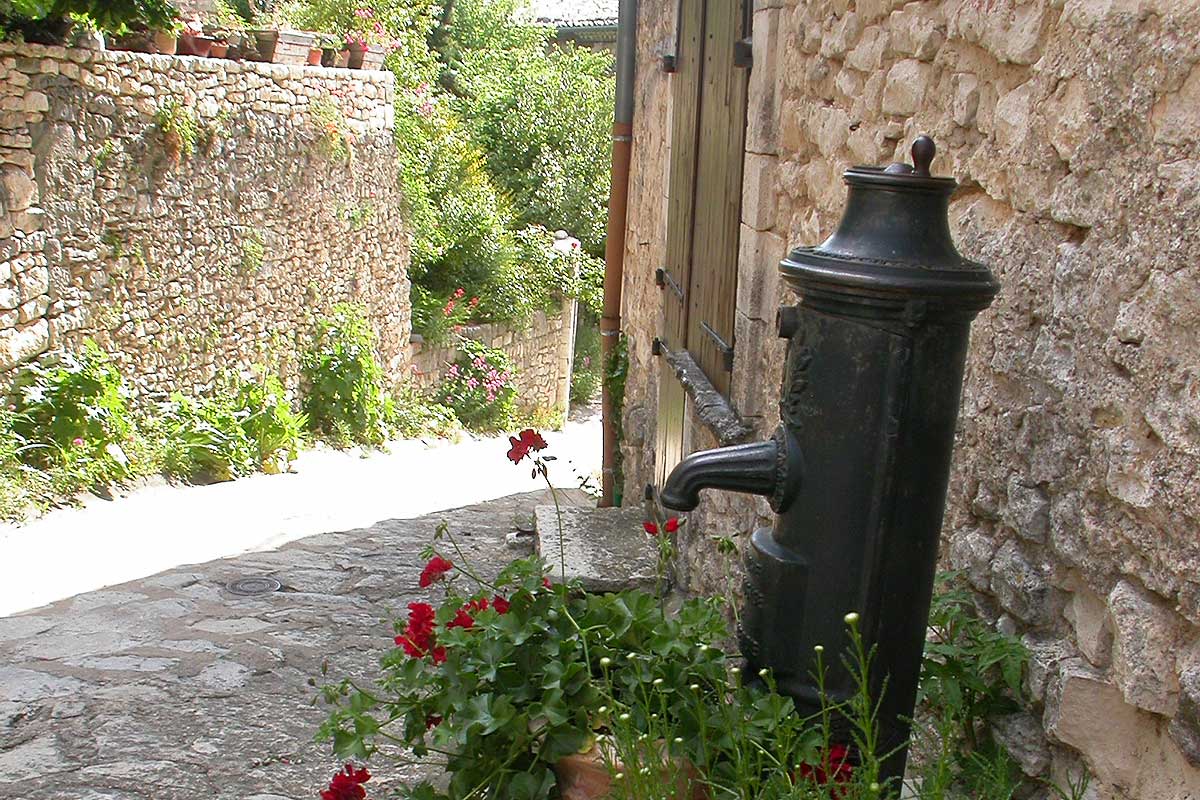 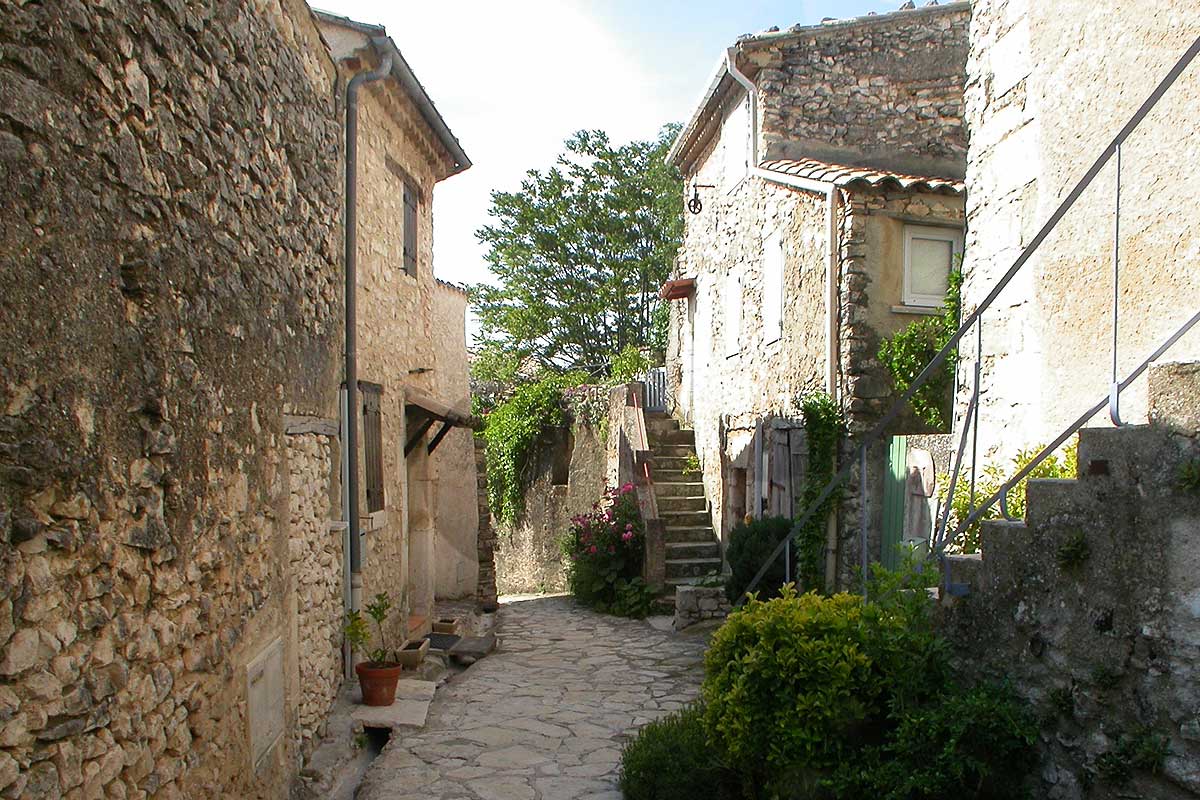 Simiane la Rotonde, like many villages in the region has suffered from the decline of handicrafts and rural exodus. From 1456 inhabitants in 1846, only 319 remain in 1968. A new population settles, the number of inhabitants goes back to 594 in 2016, the houses are now superbly restored.

The village economy remains essentially agricultural. Around Simiane-la-Rotonde spread the fields of fine lavender that grows between 800 and 1200 meters above sea level.

The Garden of Valsaintes Abbey

The Abbey of Valsainte is founded by a gift of Bertand Raimbaud, lord of Simiane in 1180 but the current buildings date from the 17th century. The original abbey is located two kilometers near the source of Calavon. The revolutionaries hunted the monks, and the buildings were sold, turned into a farm, and then abandoned. It is bought and restored by the association ATHRE who has built a beautiful garden including a beautiful rose garden with 600 species of roses. He obtained the "remarkable garden" label. To respect the soil and plants, traditional gardening methods are employed. On December 21, the day of the winter solstice, the sun that enters through the oculus of the south facade of the church illuminates the center of the altar.

Information and accommodation in Simiane-la-Rotonde