Aigues-Mortes > The Salt marsh and the pink flamingos > Photos > Information

Aigues-mortes, a medieval city on the confines of the Camargue

Aigues-Mortes, the medieval city emerges from an astonishing landscape, at the borders of an absolutely horizontal plain made up of brackish lagoons and salt marshes.

The Provençal word Aygue means "water" Aigues-Mortes are stagnant water, swamp surrounding the city. Since prehistoric times, inhabitants of the region lived from fishing and from salt exploitation. Saint-Louis decided the construction of the city for strategic reasons: the region was the only part of the royal estate bordering the Mediterranean Sea. St. Louis needs a port for a crusade, he went from Aigues-Mortes in 1248 for the Crusade of Egypt (7th Crusade), and in 1270 for the crusade which where he died. Aigues-Mortes was a busy port in the 13th and 14th centuries, but was soon overtaken by Marseille in 1481 when Provence was reunited to the royal domain. 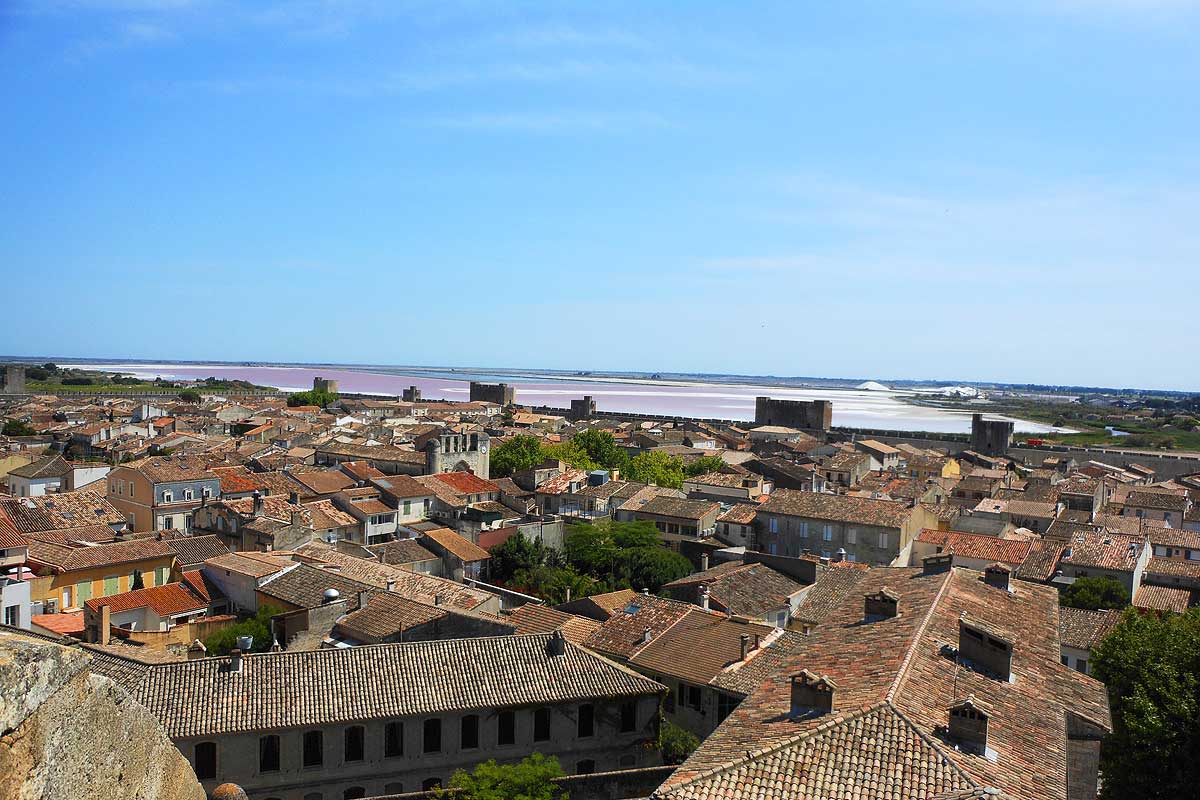 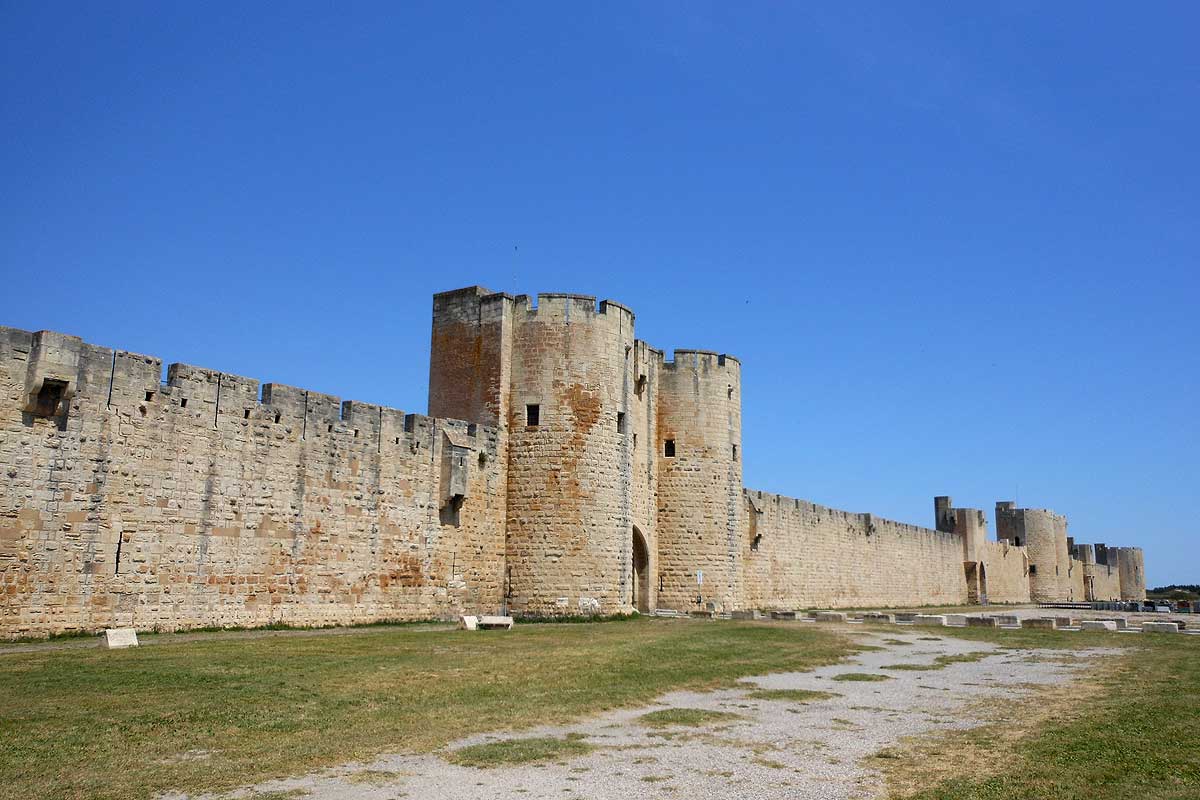 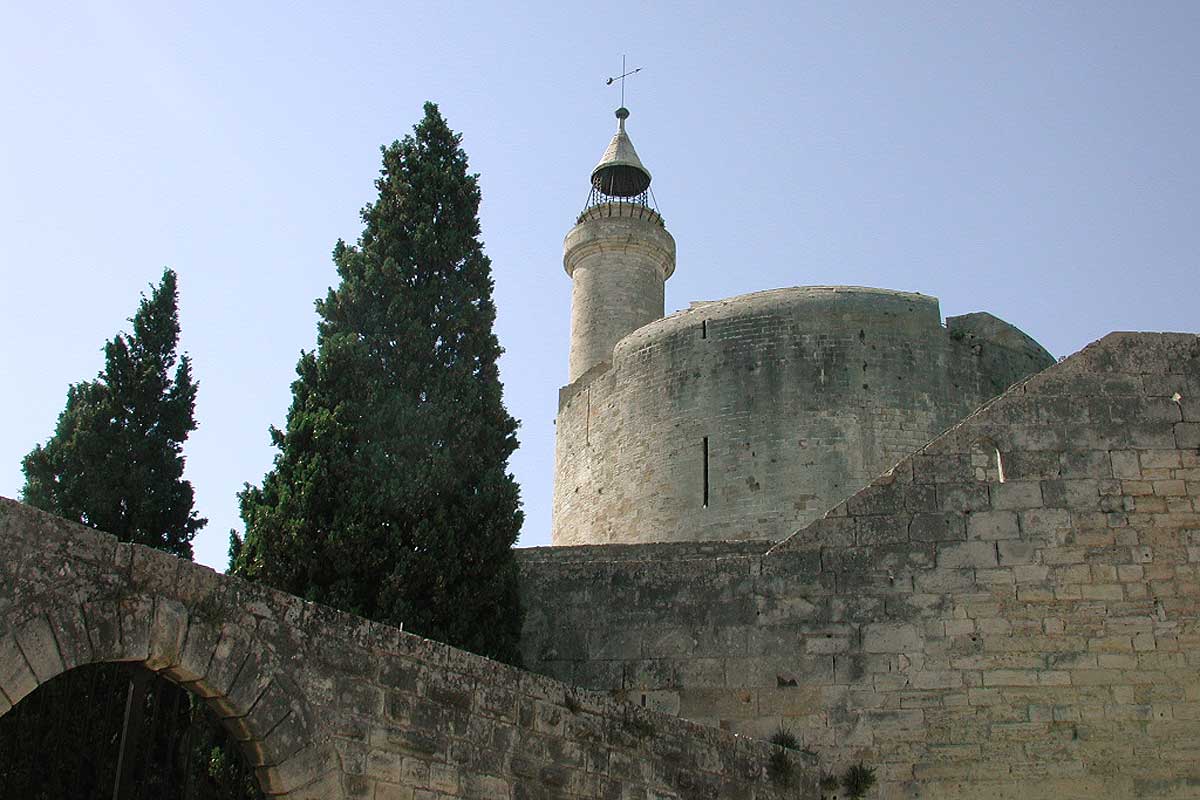 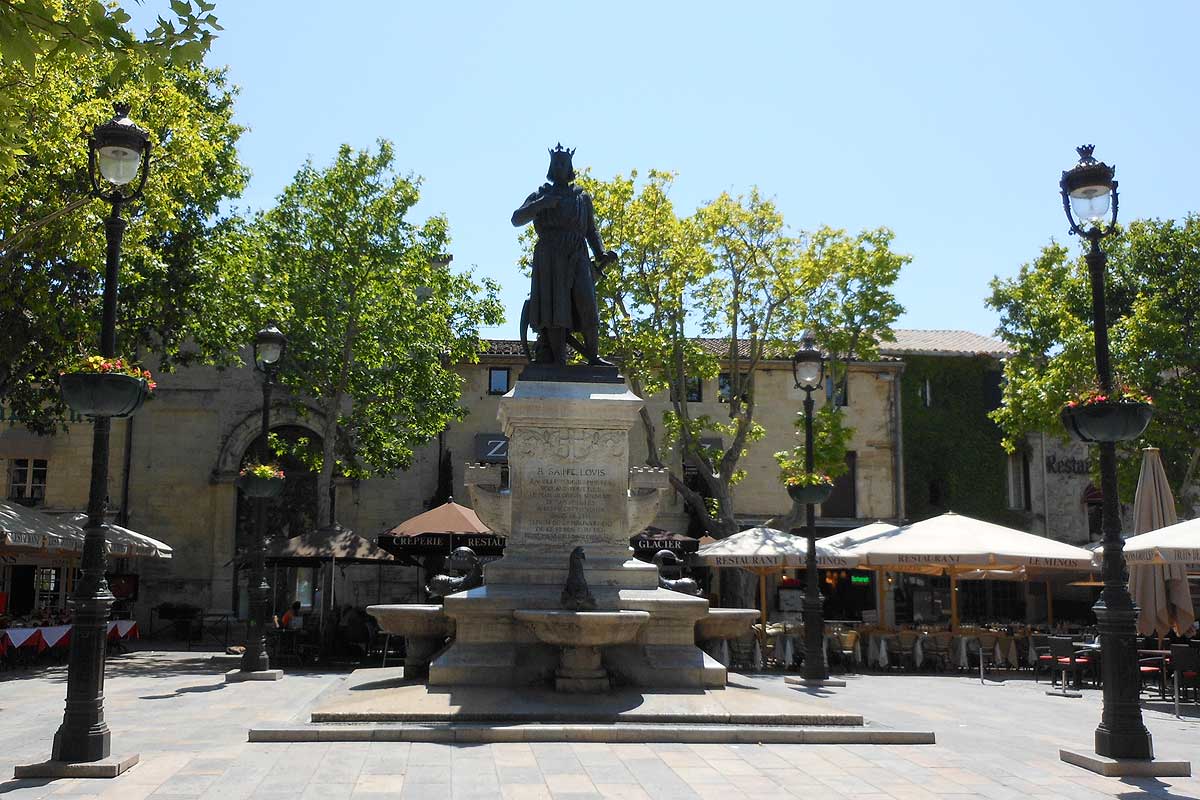 The city walls of Aigues-Mortes form an almost perfect rectangle, virtually untouched since their construction in the Middle Ages by the son of St. Louis, Philip the Hardy. They are 11 meters high and enclose the city in a rectangle of about 300 to 500 meters, within which the houses are spread in a checkerboard pattern around a pretty fountain. The Constance Tower, 37 meters high, was built by St. Louis to the location of the previous Matafère Tower, formerly built by Charlemagne to protect and prevent invasions from the Mediterranean sea. It served as a prison for Protestants after the Revocation of the Edict of Nantes, between 1686 and 1768. Marie Durand was the most famous prisoner in the tower, imprisoned at the age of 17, she was released 38 years later without having renounced his faith. You can still see the word "Resist" it engraved on the edge of the pit. 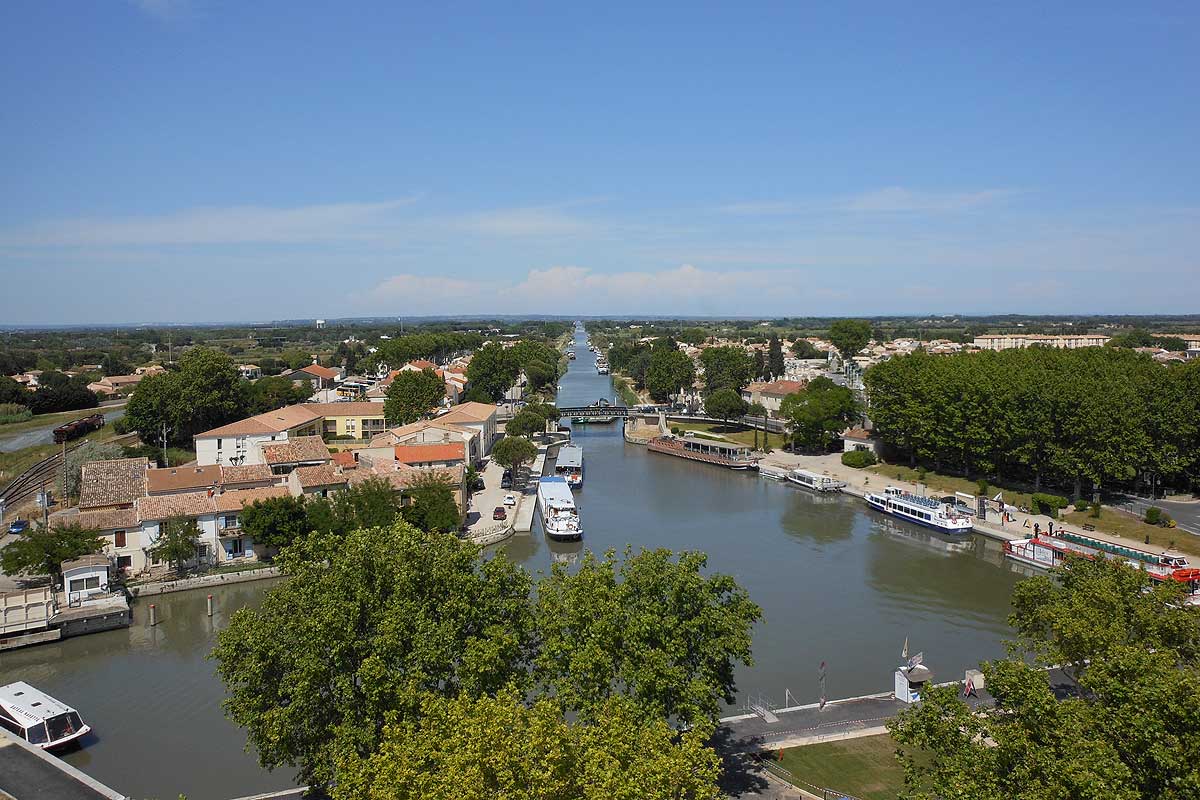 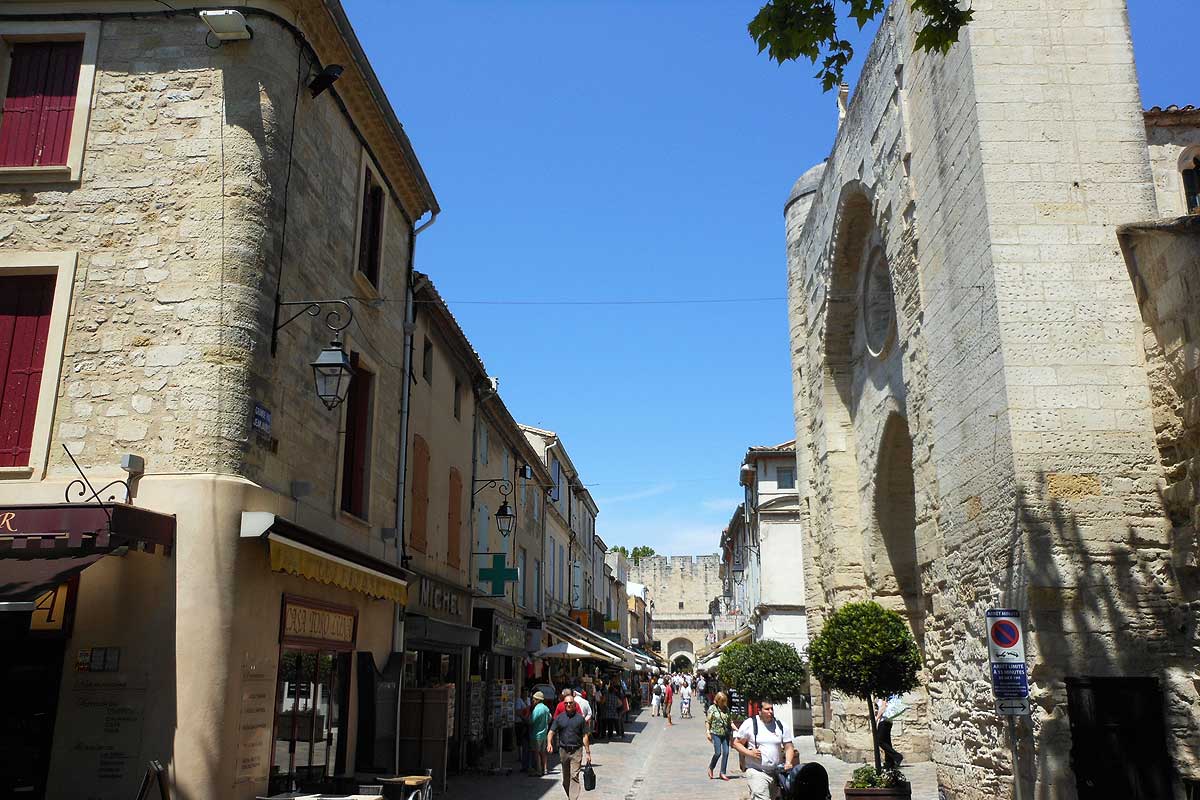 Although 8 km marsh separate Aigues-mortes to the sea, the city has not completely lost its port activity: a channel connects to Grau-du-roi since the Middle Ages, and the Canal du Rhône to Sète built in 1806 passes along the city. Salt production is still active since antiquity in the Peccais pond.

From the ramparts or the Constance Tower, you can see to the south-east a vast flat space that extends to the horizon, with pink and purplish reflections, where some hills of immaculately white salt rise. This is the Peccais marsh, where the Salins d'Aigues-Mortes are located. The name Peccais comes from the Roman engineer Peccius who directed the production of salt that was exported to the Roman Province, but the exploitation of salt marshes is still much older, dating back to the Neolithic period.

Today the salt marshes are exploited by the company Les Salins du Midi, which was founded in Aigues-Mortes in 1856 by 17 owner-operators, and which is now a major European salt producer.

Sea water is pumped and spread in reservoirs and basins through a clever network of canals, it is decanted, and the water that evaporates under the action of the wind, and the sun allows salt crystals to form.

The Salins d'Aigues-Mortes can be visited by tourist train, on foot or by bicycle, a discovery that offers superb landscapes. It is a private area and a protected natural area for many birds, and the first Pink Flamingo reserve in Europe. In recent years, a colony of some 10,000 pink flamingos has taken up residence on the pond of the Salins d'Aigues-Mortes. They are fond of the pink shrimp (Artemia salina) that live in these very saline waters. The pink colour of flamingos is due to their high consumption of shrimps rich in red pigments, coming from from their main source of food : the unicellular algae (Dunaliella salina) that proliferate in salt marshes.

Information and accommodation in Aigues Mortes and nearby

Things to see and do in Aigues Mortes :