A pleasant Provençal town in the Sorgues region, the Château and the Cave of Thouzon 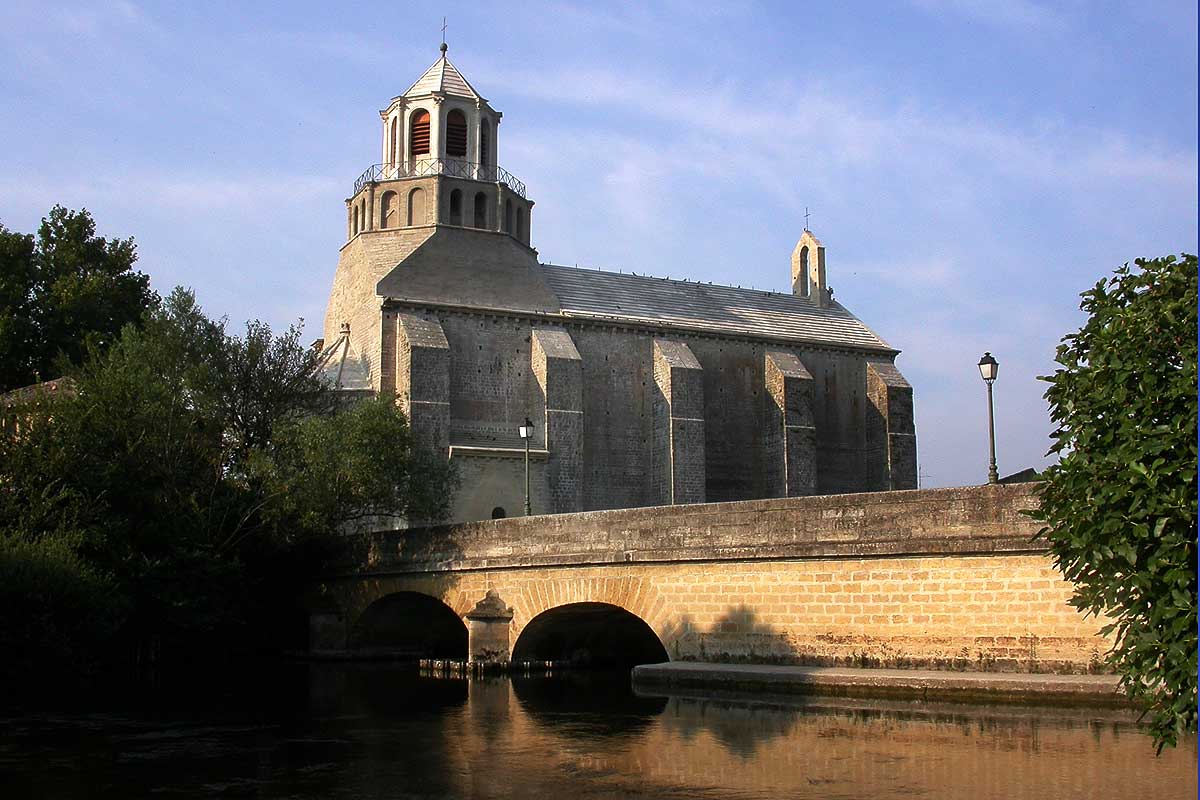 Le Thor is a laughing and sunny village in the heart of the Pays des Sorgues. It is a few kilometres from Isle sur la Sorgue, in the direction of Avignon. The Sorgues criss-cross the surrounding alluvial plain, irrigating fields and orchards. A branch of the river crosses the city and gives it a welcome freshness in summer.

The village has existed since the Middle Ages, the population has settled around a castle, allowed by the drainage and development of the surrounding marshy land. The name probably comes from the word "Tor" which refers to a mound above a body of water. The city was defended by ramparts and a castle of which there are no traces. Four gates allowed the entrance to the city, only the Douzabas gate, redesigned in 1847 and surmounted by a clock, remains today. 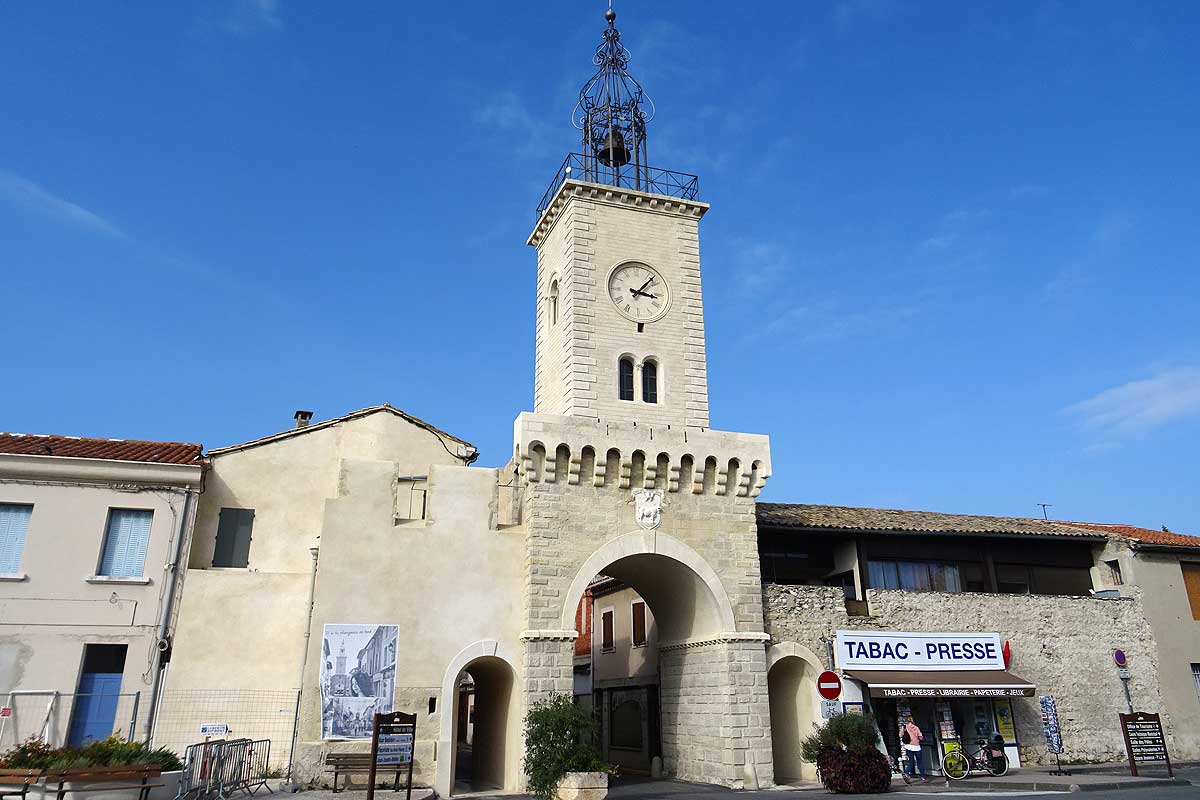 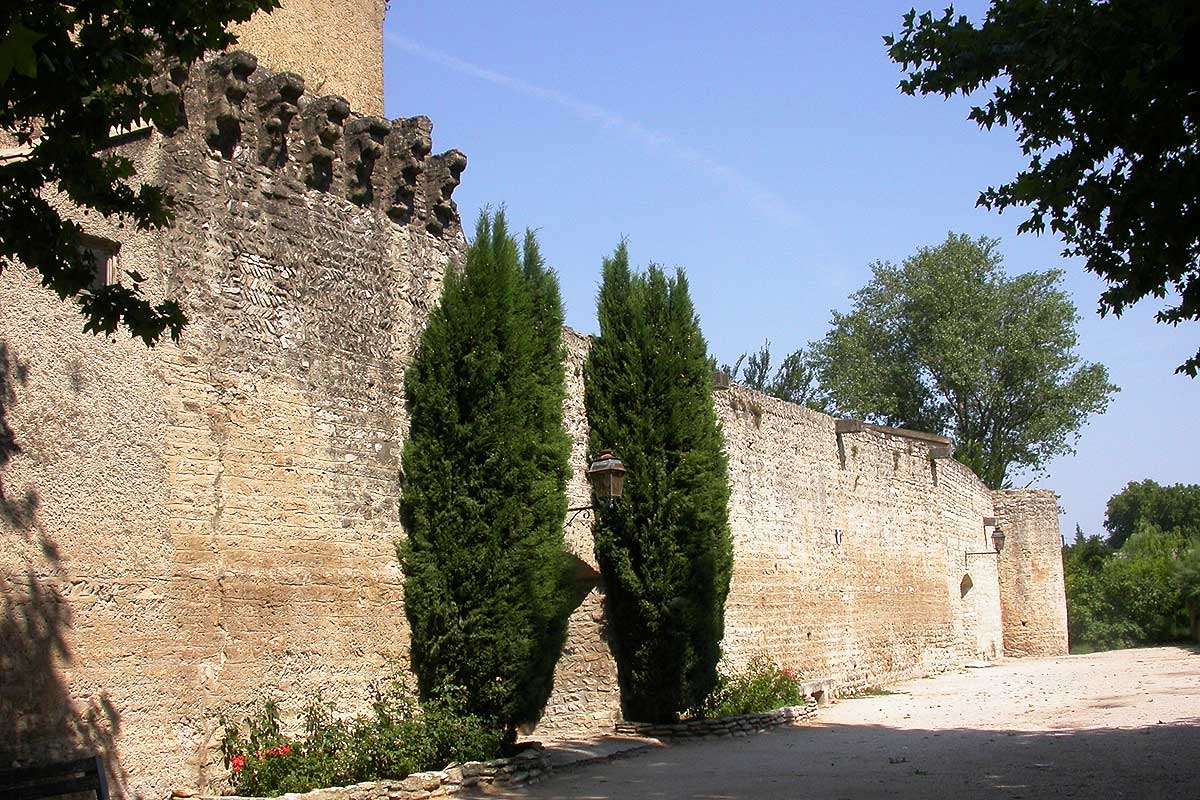 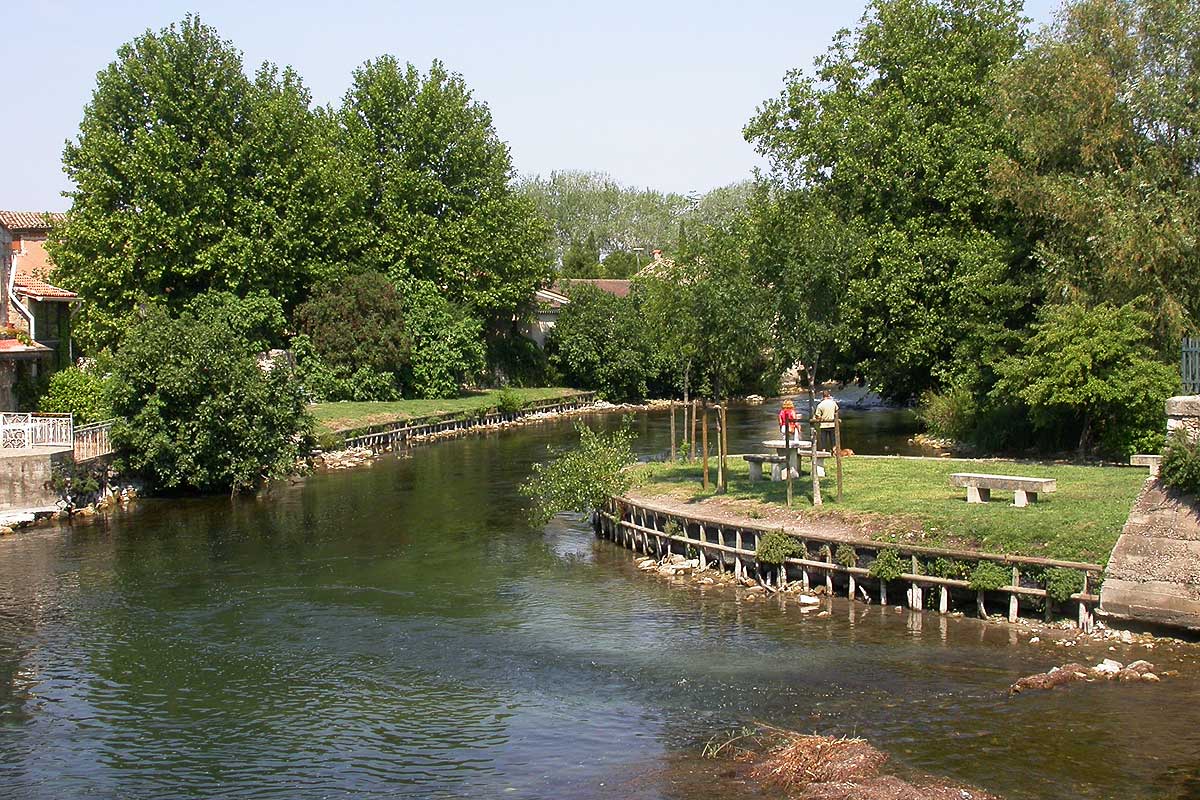 The village has existed since the Middle Ages, the population has settled in Le Thor has a remarkable architectural heritage: the Douzabas gate with its clock and bell tower marks the centre of the small city, some remains of the ramparts that enclosed the small city, and above all a superb Provençal Romanesque church. The Romanesque church of Notre-Dame du Lac dates back to the 12th century. It has kept its appearance since its construction. Only its bell tower was redesigned in the 19th century. Its unique nave with a massive appearance is characteristic of the Romanesque churches of Provence. It is a remarkable and exceptionally preserved example of Provençal Romanesque art. The nave, very high for a Romanesque church, is covered by a pointed cross vault, characteristic of Gothic architecture. It is one of the oldest Gothic vaults in Provence. It is also distinguished from other Romanesque churches in Provence by a rich sculptural exterior decoration on the door of the west façade and on the small porch of the south façade. 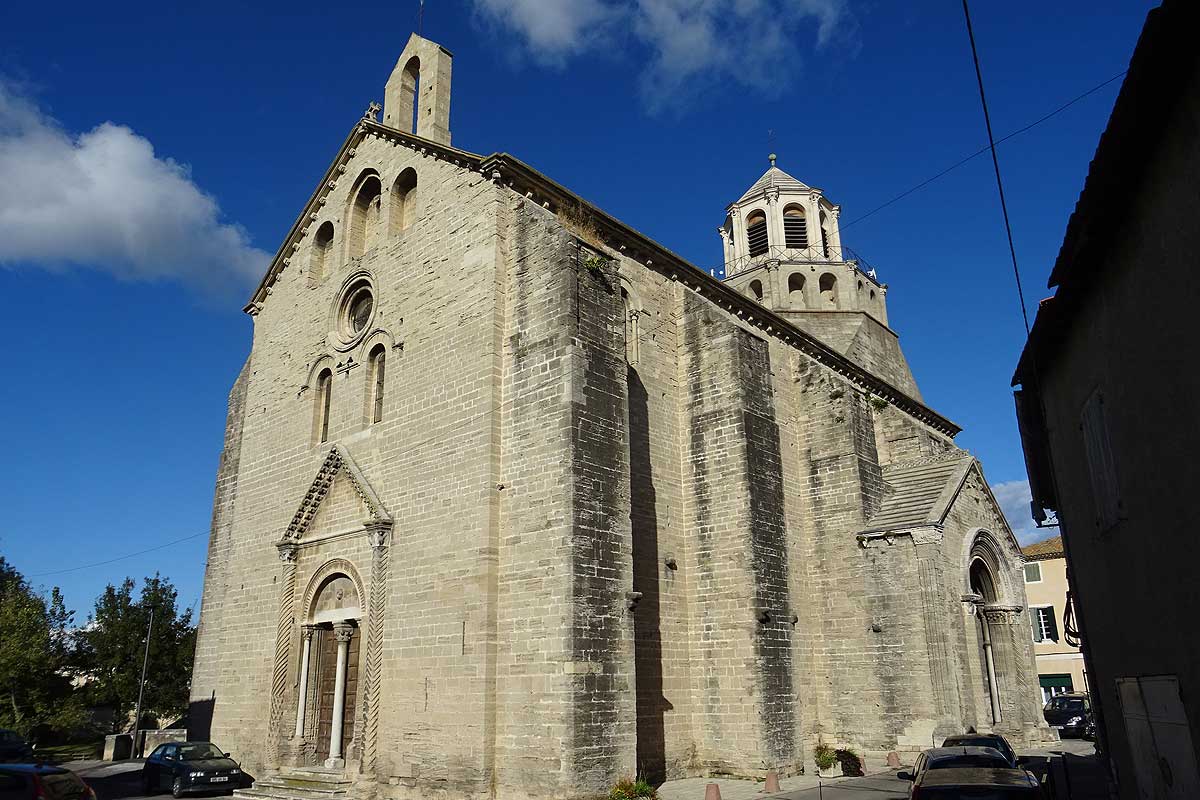 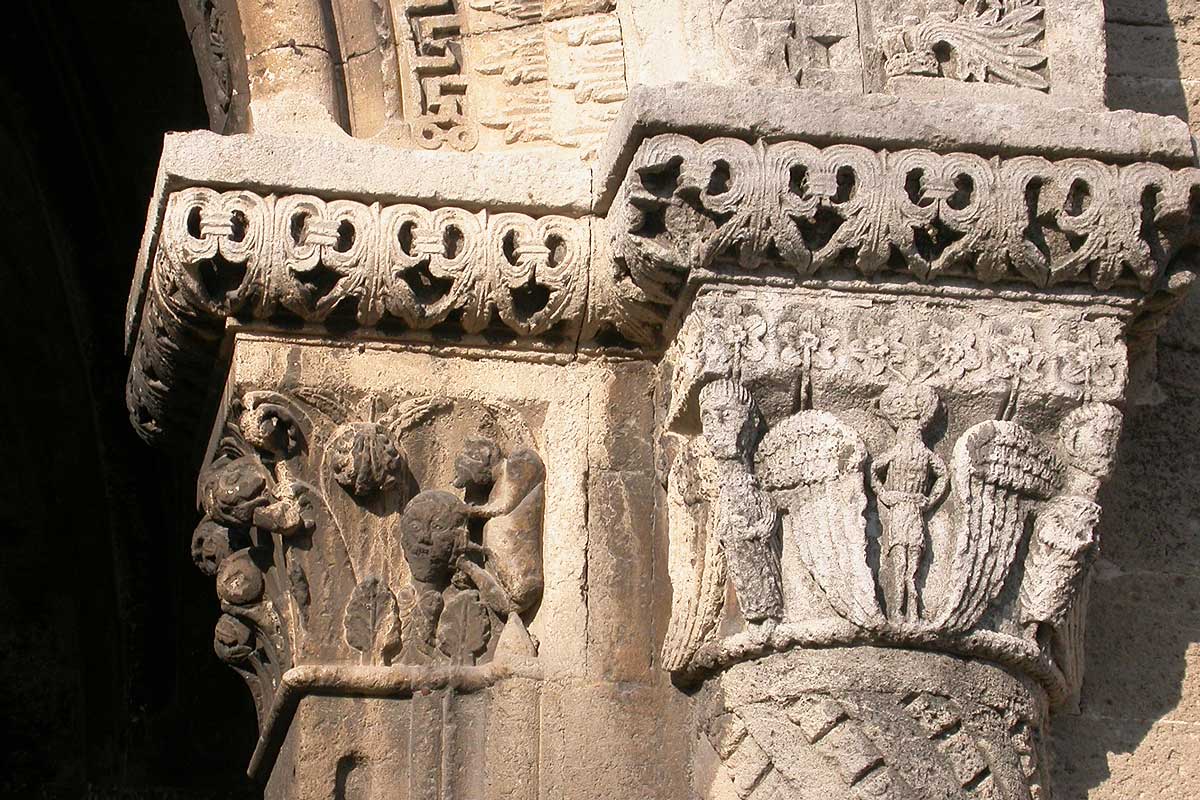 Two kilometres from the village stands the hill of Thouzon above the plain. A lovely walk leads you to its summit where the ruins of an ancient medieval fortified monastery rise. The hill, invaded by holm oaks and criss-crossed by paths, is a pleasant and easy place to walk. The summit rises to 110 metres, 50 metres above the plain and the view is splendid: at the foot of the hill lies the fertile Comtat Venaissin plain, bordered to the north by the Dentelles de Montmirail and Mont Ventoux, to the east by the Vaucluse plateau, while to the south the Luberon and Alpilles mountains stand out. 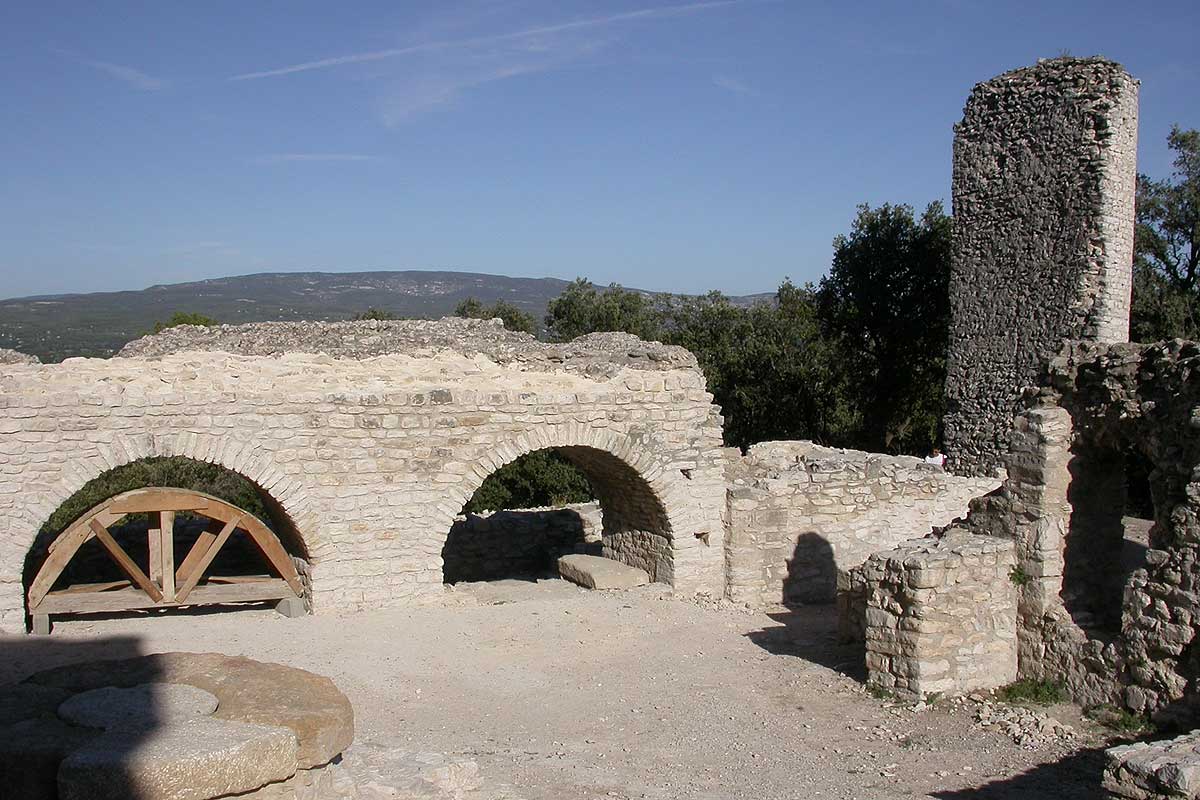 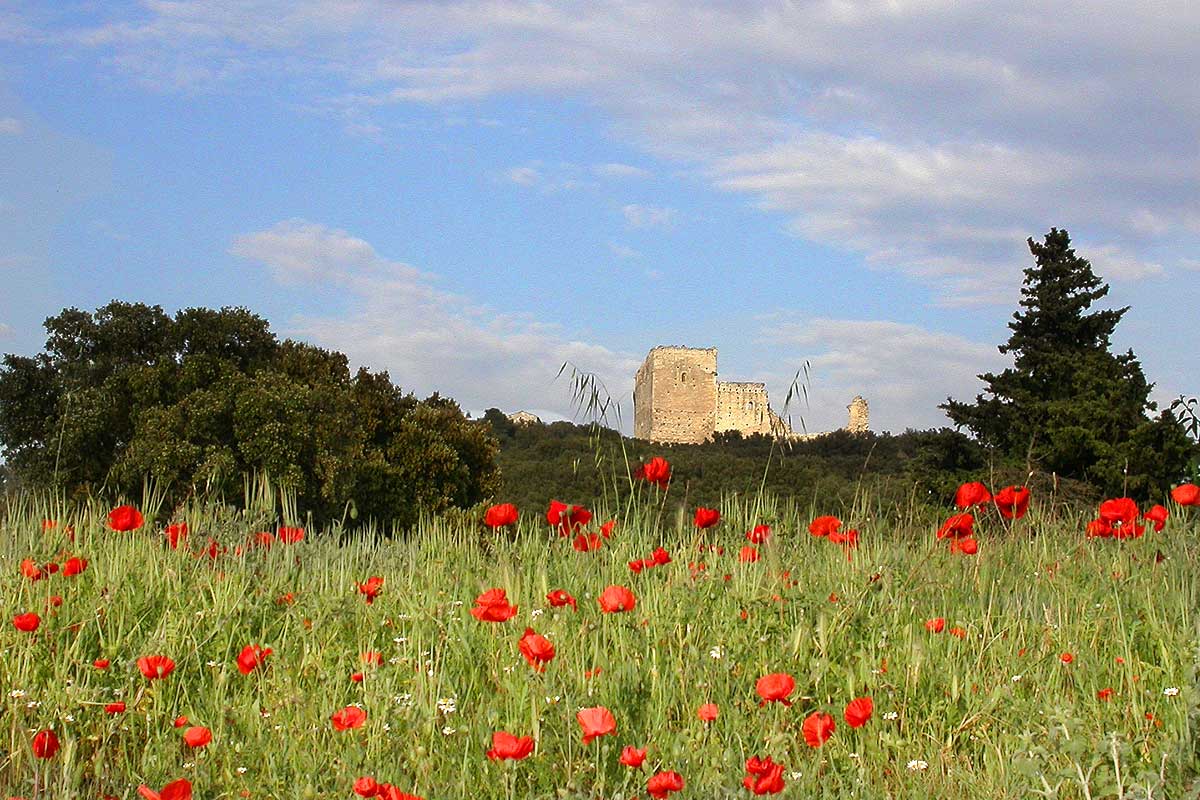 Today, largely ruined, Thouzon Castle is an ancient fortified monastery built in the 11th century, and certainly older. It housed a community of Benedictine monks. The hill of Thouzon was a place of grazing for sheep herds and its fortress was a refuge for the inhabitants of Thor during the troubled times. However, the monastery was taken and occupied by the armed gangs of the Viscount of Turenne in the 14th century and by the terrible Baron des Adrets during the Religious Wars. The monks left the area at the end of the 17th century, the property was sold, and after the Revolution the subsequent owners let the buildings deteriorate. However, there is still a church, a chapel and two towers that give this place an evocative scent. 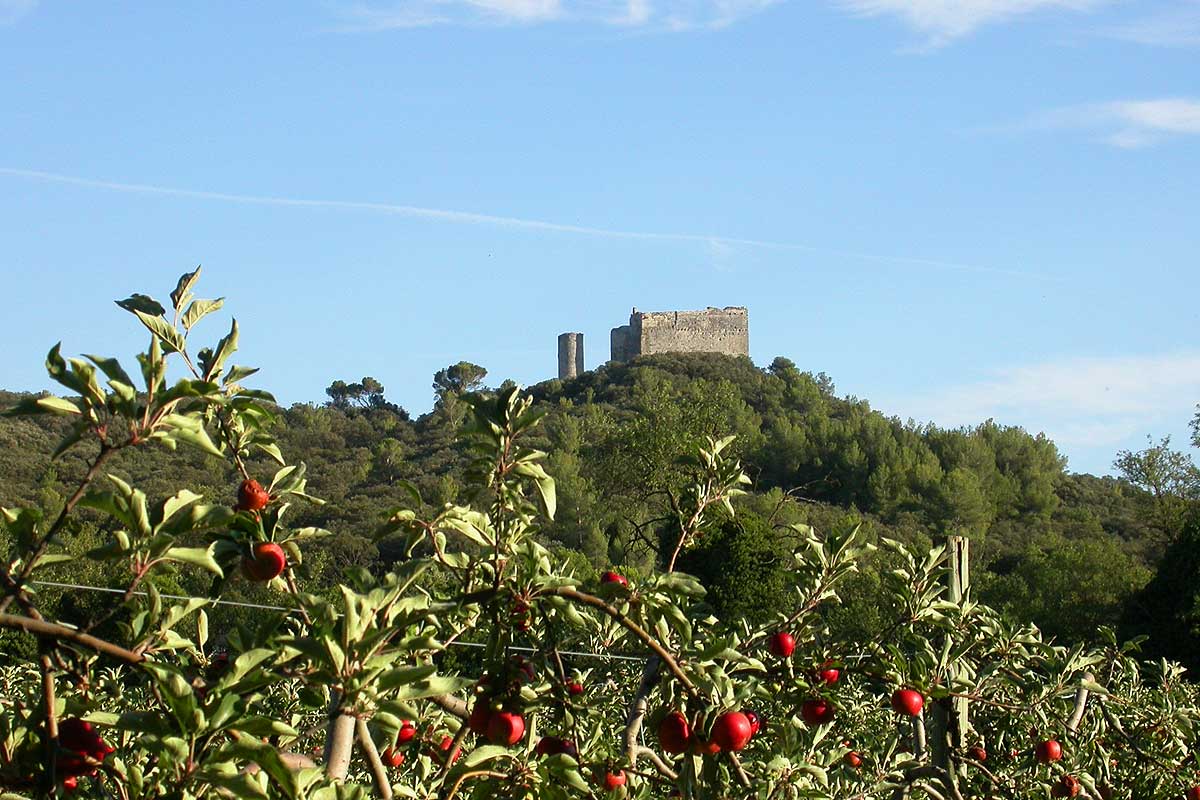 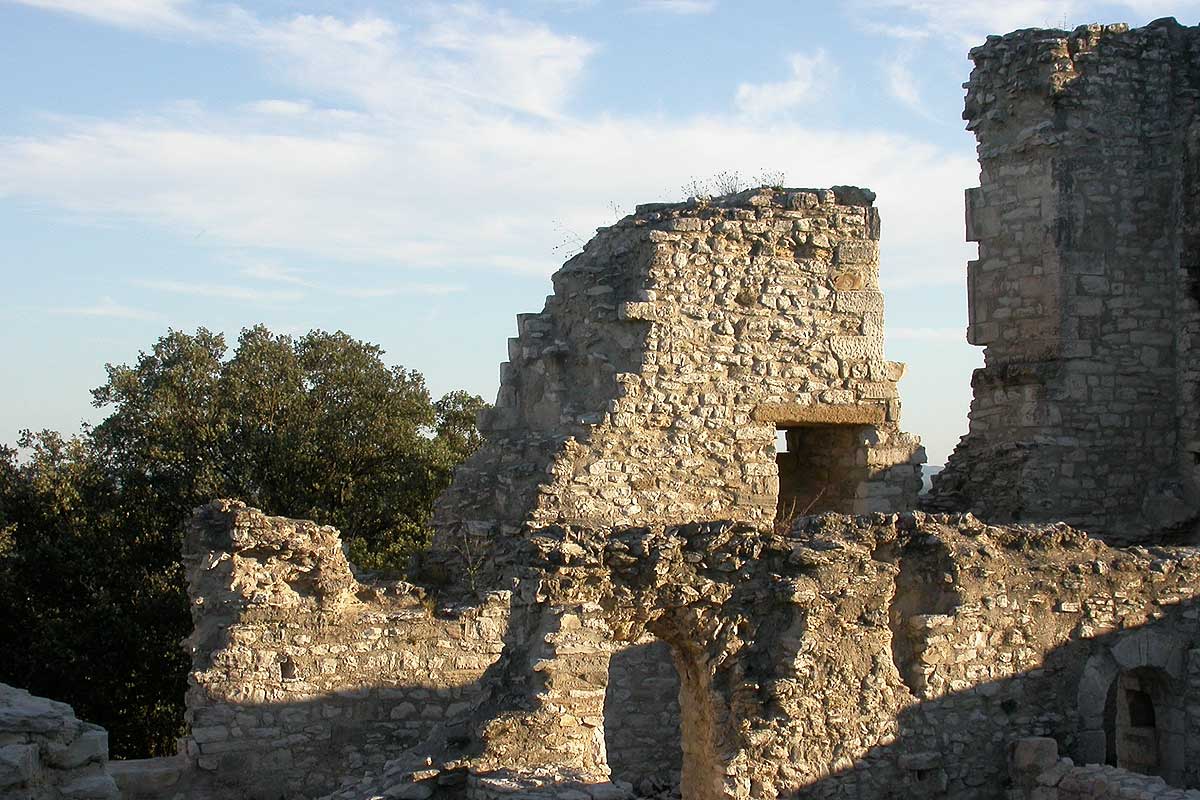 A private property open to the public, the hill and the fortified monastery of Thouzon are visited by many visitors. Basic rules of respect and safety must be respected (no fire, no motor vehicle, respect for ruins and walls, etc.). A very active association is in charge of rehabilitating and restoring this place from which a real enchantment emanates.

The Thouzon Cave is a jewel, a geological work of art shaped by water, stone and millions of years. The cave was discovered in 1902 by stone quarry workers. It sank for a long time under the Thouzon hill. 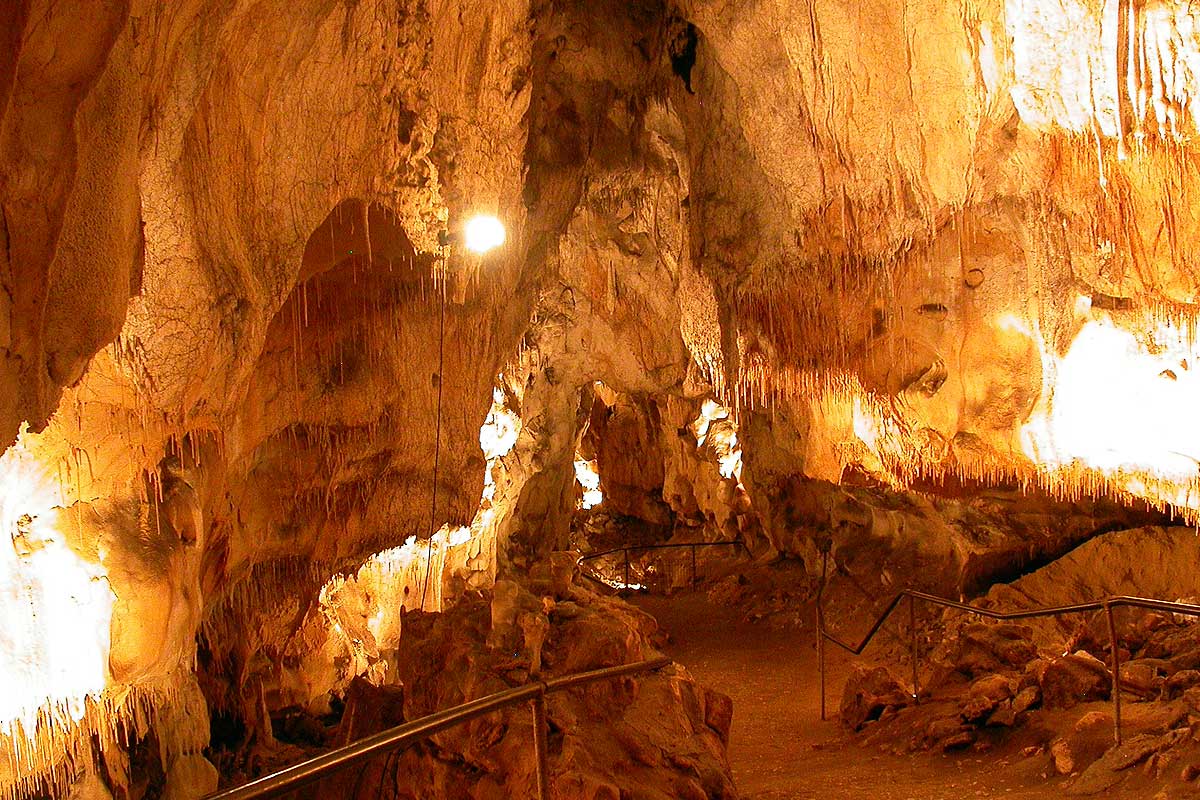 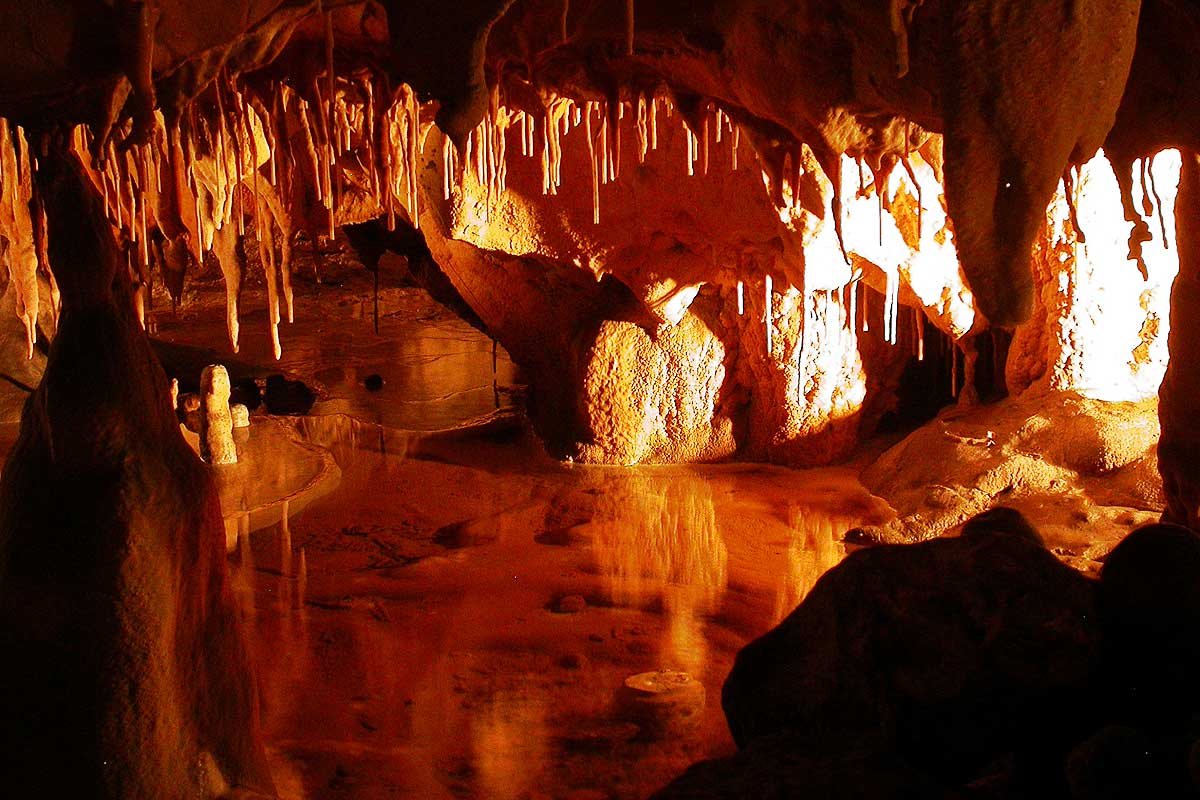 Countless stalactites and stalagmites of all sizes, sometimes of surprising finesse, adorn the ceilings and walls of the cave. Entering the underground world and discovering these wonders is always a source of enchantment. Thouzon Cave is easily accessible to young children. The visit lasts about 45 minutes, under the guidance of a guide who introduces us to and explains the training in a very educational way. It is the only cave arranged for a visit to Provence.

Information and accommodation in Le Thor and its surroundings


See also a selection of charming B&B near Le Thor and Isle sur la Sorgue on the le portal chambres-dhotes-provence.net