Les Halles on the Place Pie and the Green Wall

Place Pie is the most dynamic place in the city, in the morning at 6:30 am the market of Les Halles opens its shops, relayed in the afternoon by walkers, young people and students who invade the terraces of the cafés, while in the evening the atmosphere is more festive.

In 1562, the Avignon native Jean Parpaille, president of the Orange Parliament, converted to Protestantism, was condemned to beheading for taking up arms and looting church property. The house of this notable was destroyed, freeing up a space called "Place Pie" in honour of Pope Pius III. 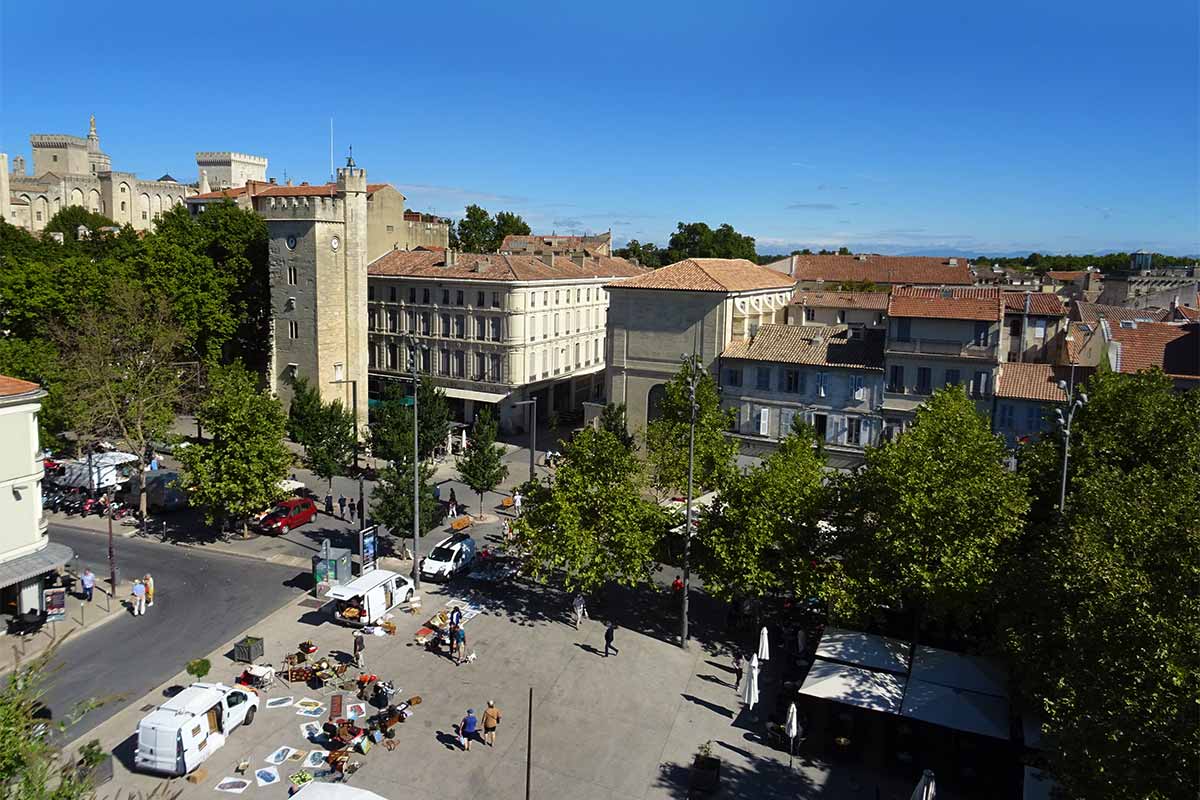 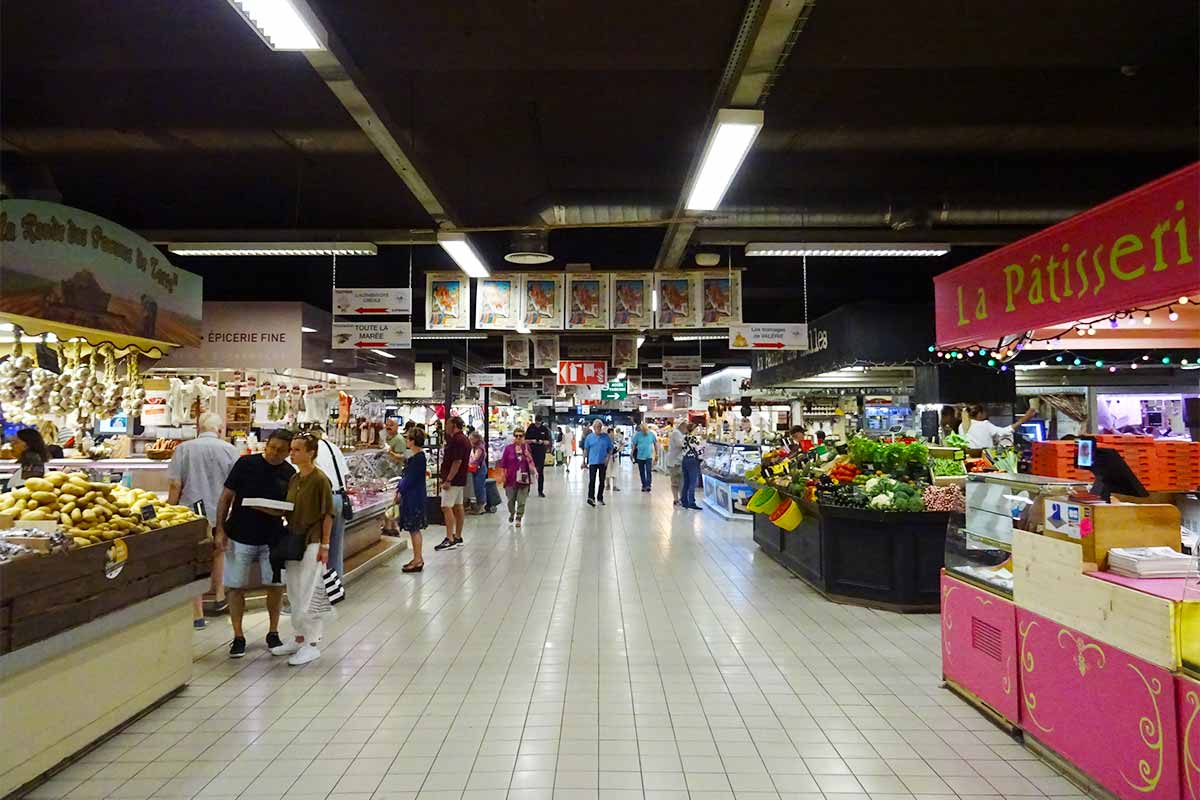 The first Halles d'Avignon were built at the end of the 19th century by Mayor Pourquery de Boisserin to house a daily market. A new 6-storey building was built in 1974, the Halles occupies the ground floor while above it there is a car park with 580 spaces.

About forty exhibitors on this market sell bread and pastries, fruit and vegetables, fish and seafood, meat and sausages, flowers. Visitors to the Halles are guaranteed to find the best quality products from local producers. The Halls are covered and air-conditioned.

Every Saturday at 11am, the region's top chefs come to demonstrate their know-how at the Petite Cuisine des Halles. Tastings and events are regularly offered throughout the year such as the Mardi Gras, the Asparagus Festival, the Flower Festival, etc.

Above the Halles is a 6-storey car park, the last of which offers a very nice view of the rooftops of Avignon and the Palais des Papes. 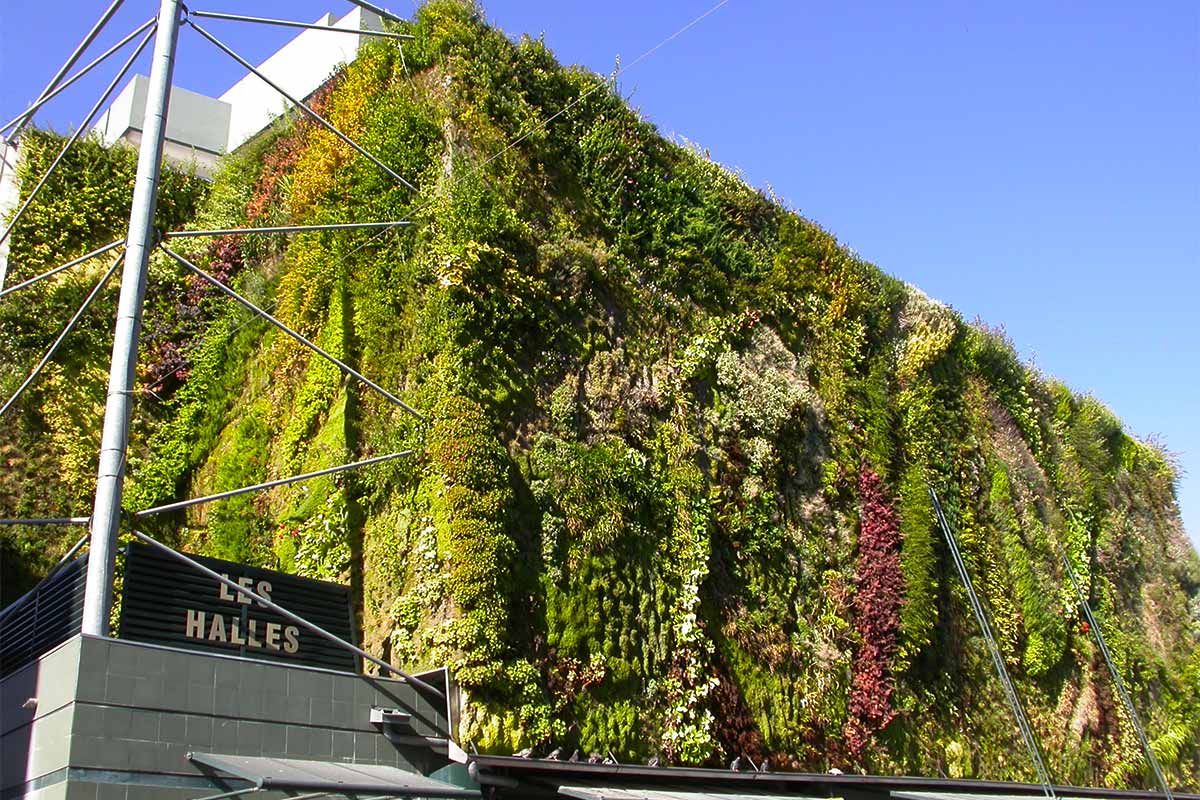 On the Place Pie in the city centre, a spectacular Green Wall covers the north façade of the Halles d'Avignon. This living work was created in 2005 by Patrick Blanc, botanist and researcher. 11.5 metres high and 30 metres wide, this modern structure has already acquired a certain reputation.

The Vegetable Wall changes colour with the seasons, it undulates with the breeze and moves under the gusts of the Mistral, it welcomes pigeons who come to cool off. Nutrient-laden water flows drop by drop from the top of the wall to maintain constant humidity. Contrary to the impression one has when looking at the wall, the plants do not climb against the facade of the building, they are attached to PVC sheets, suspended from a metal frame slightly away from the facade. 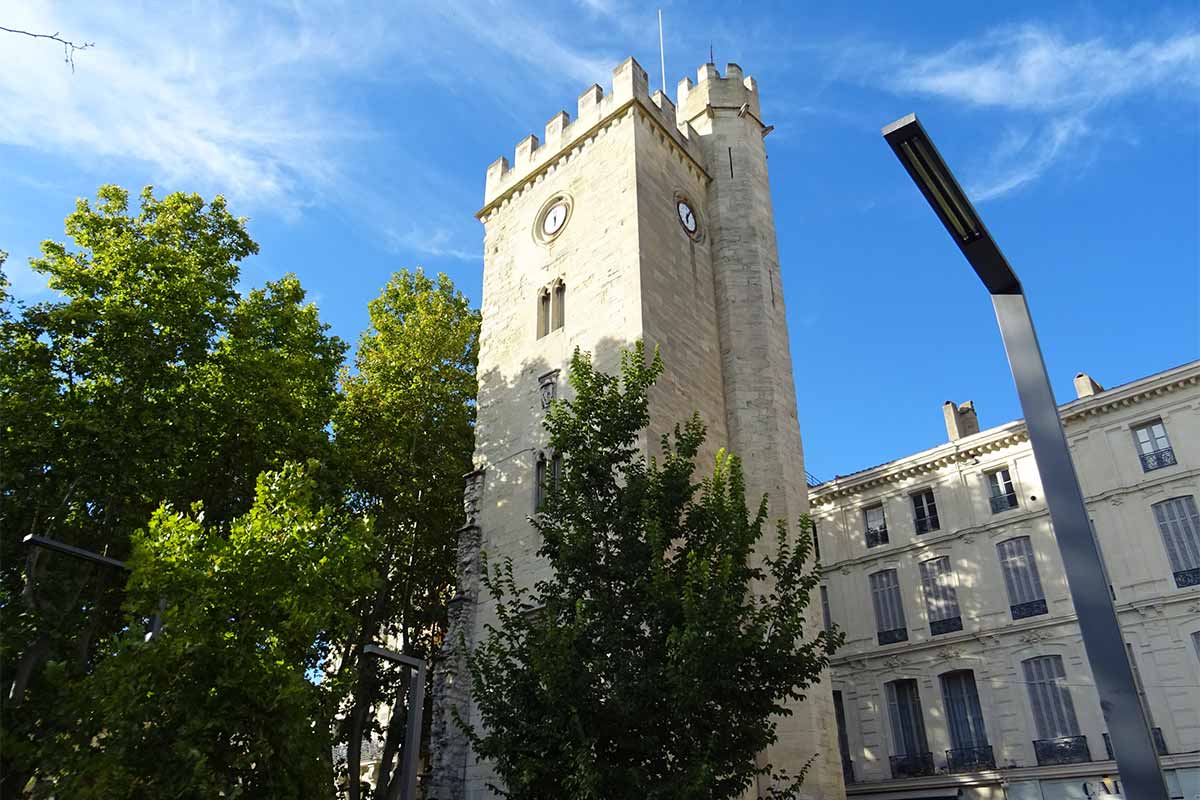 The Saint-Jean Tower is the remains of a former commandery of the Hospitallers of Saint-Jean-de-Jérusalem built in the middle of the 13th century. In the 14th century the commandery became a cardinal's palace (a palace occupied by cardinals), whose last occupant Pierre Corsini, cardinal of Florence, gave it his name: the Livrée de Florence. Transformed into a barracks in 1793, then into a school from 1833. The mayor of Avignon Pourquery de Boisserin ordered the demolition of the Gothic building in 1893 to enlarge Place Pie.

Website of the Halles d'Avignon market: avignon-leshalles.com . The Halles opens from 6:30 am to 1:30 pm every day except Monday.

Coming to the Place Pie in the centre of Avignon

The free shuttle bus from the Italian car park stops at Place Pie. 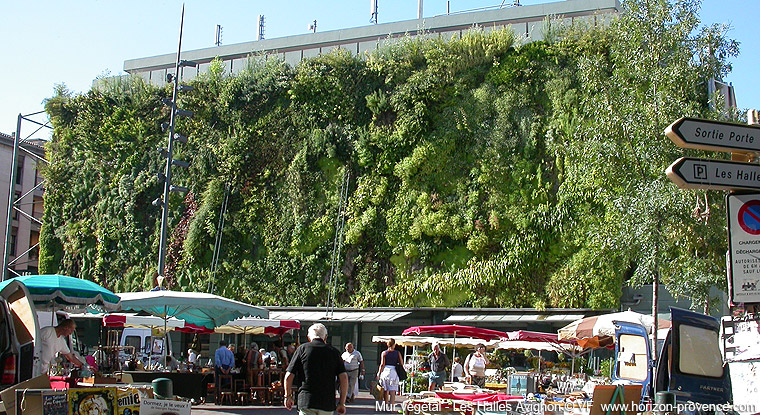